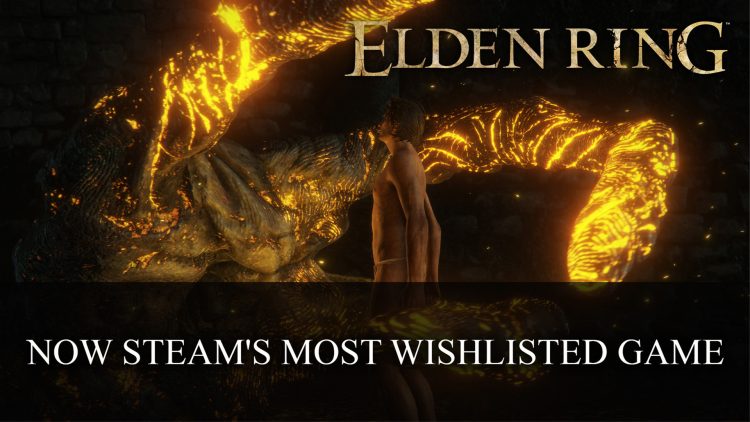 Next month will be the launch of the highly anticipated title Elden Ring. The game has now taken the top spot for the most wishlisted upcoming game on the Steam platform, taking the spot from its previous title holder Dying Light 2.

The list currently holds titles such as God of War PC version which releases this week for the first time on PC, along with Hollow Knight: Silksong the sequel to the metroidvania title Hollow Knight. Others on the current list include the newly revealed zombie survival MMO The Day Before coming in June, Bethesda’s RPG in space Starfield releasing towards the end of this year, as well as Vampires The Masquerade – Bloodlines-2 which looks to be still delayed beyond 2021. 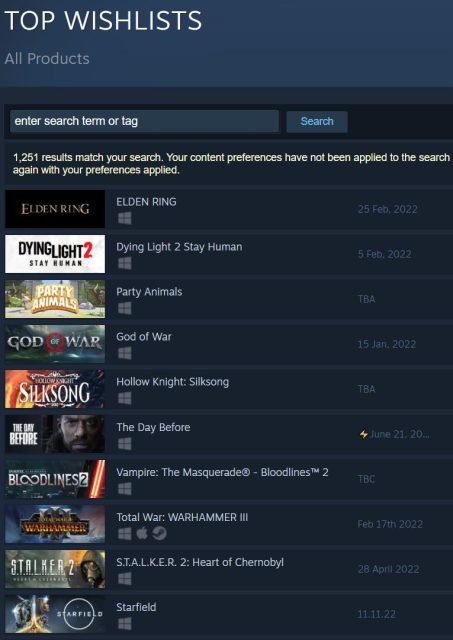 Elden Ring makes the top of the wishlists on Steam, beating out Dying Light 2, and more. Source: Steam

While Steam doesn’t show its number, the website SteamDB shows some of the potential figures, which shows Elden Ring with almost 280k following the game on Steam. It also shows that it’s a top seller at number 5 currently. 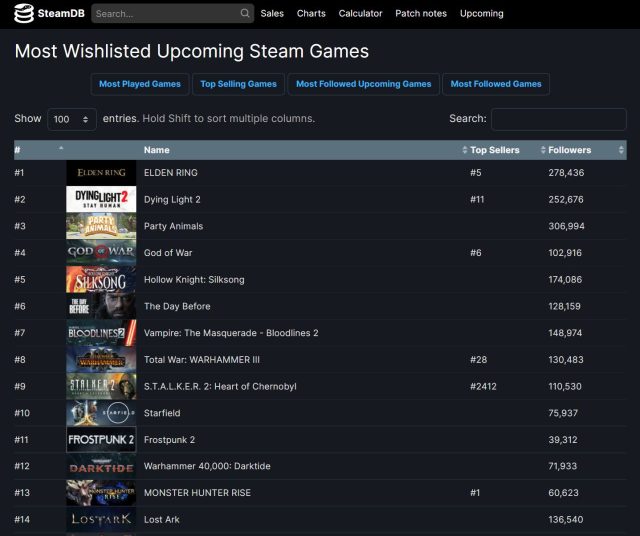 Granted these are only numbers for PC, as the title is hitting consoles PS4, PS5, Xbox One and Xbox Series X|S as well come February 25th. But these numbers should come as no surprise as it has already been awarded the Most Anticipated Game at The Games Awards 2021. It is also one of our RPG Games 2022: The Best and Most Anticipated.

Recently an interview with Miyazaki at the end of last year shared new lore details about the first Elden Lord, about creating The Lands Between and the artbook The Overture of Elden Ring. If you want to know why George R. R. Martin is a perfect match as the lore writer of the game, be sure to check out next, George R. R. Martin Is Impressed With Elden Ring.

If you want even more Elden Ring, we played over 70 hours and you can check out our impressions in I Played 70 Hours of Elden Ring: Hands-On Impressions & Preview of the Massive Network Test and all Mechanics Within. You can also drop by our Elden Ring Wiki for all the latest.

For more news find it here in Expeditions Rome Introduces The Centurion Caeso In New Trailer and Pokemon Legends Arceus Has The Most Dangerous Pokemon Yet; New Gameplay Mechanics & More.