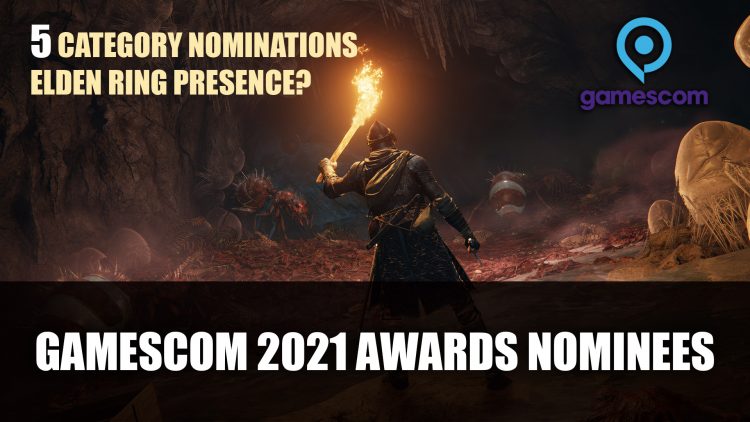 The nominees have been announced for the Gamescom awards with Elden Ring nominated in a number of categories including Best PC Game, Best RPG, Best Sony Playstation Game and more.

Gamescom Award 2021 nominees are in with 22 categories and one name that keeps coming up in a few of them which is Elden Ring. The next FromSoftware title has nominations in five different areas: Best Microsoft Xbox Game, Best PC Game, Best Sony PlayStation Game, Best Action Adventure Game and Best Role Playing Game.

With this many nominations, it’s a wonder if Elden Ring might make an appearance during Opening Night Live and Gamescom. There is no confirmation but it looks like they have a good chance of winning at least one of these categories at least with the number of nominees. Genres Best Action Adventure Game and Best Role Playing Game will be honoured at the Gamescom studio on August 26th and August 27th. There are also a few awards that we will have to wait until the actual gaming show for judging such as Best Announcement, Best Lineup, Best of Gamescom and Best Trailer.

Other nominations for Best RPG have gone to Encased which is currently in development on GOG and Steam Early Acces. Also nominated is Tales of Arise which releases next month.

Winners of the following Genre categories will be honored in the gamescom studio on Thursday, August 26, and Friday, August 27.

Best Lineup
– All gamescom partners having submitted to gamescom award 2021 are eligible.

Winners of the following categories will be announced during the show “Spielesause” on Sunday, August 29.

gamescom “Most Wanted” Consumer Award
– Nominees in all Genre and Platform categories are eligible in the online voting.

HEART OF GAMING Award
– Each and every gamescom highlight is eligible for this extraordinary award: not only games, add-ons, and technologies, but also people, institutions, companies, concepts, or terms.

Geoff Keighley has also shared a hype trailer ahead of Gamescom featuring a number of titles which will be features:

Gamescom: Opening Night Live kicks off on Wednesday, August 25th at 11 AM PT.