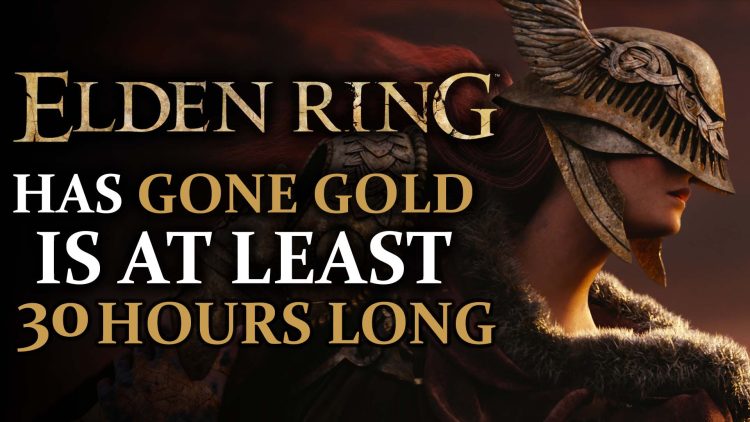 Elden Ring was confirmed to have gone Gold in the Taipei Game Show. This means that the game will no longer have any delays for its February 25, 2022 release date. 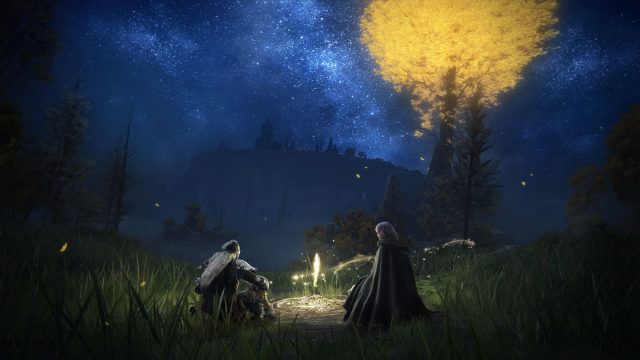 Stay a While and Listen

It was confirmed at the Taipei Game Show on January 24th that Elden Ring has indeed gone Gold. The game is finally ready to be burned into the game discs, uploaded to Sony, Microsoft and Steam’s servers, and made ready for the public. There will be no further delays for the release on February 25, 2022 – about a month away from today!

The Taipei Game Show featured a 46-minute interview with Yasuhiro Kitao, the game producer at FromSoftware. In this lengthy video, he discussed many exciting things, such as the open-world design, player choice in terms of builds, among others. Let’s get into it!

As mentioned, Elden Ring has gone gold. There’s nothing to stop the hype now. Fans are very excited about the release date, and even George R.R. Martin is impressed with the game. The team now is working on a day 1 patch that will fix bugs or provide enhancements to what they’ve already finalized. 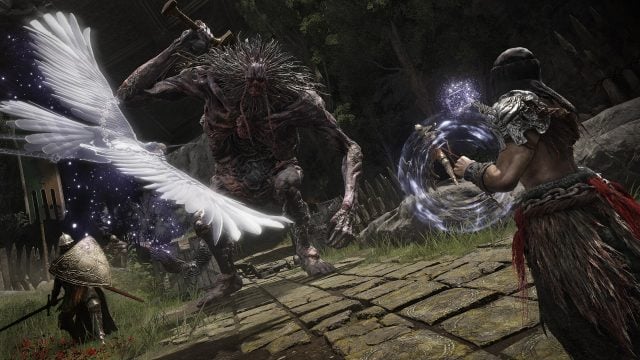 Magic will be Flashier in Elden Ring

Kitao also confirmed in the interview that the game will take players about 30 hours to complete the main storyline. He further clarified that this number is for players who rush and do not do much of the optional content. The total playtime should increase by a few dozen hours if players were to take their time exploring every nook and cranny.

However, the game will definitely have a lot of replayability. Kitao also mentioned that players will not be able to experience everything that Elden Ring has to offer on the first playthrough. Elden Ring will have branching paths later on in the story which should create very different experiences for players.

Of course, as per FromSoftware games, New Game+ will be another big part of replayability. Players will be able to take their characters with them into a new playthrough of Elden Ring, and experience new playstyles and story beats. Perhaps this would be the best time to switch from using Greatswords to Magic and use a totally different damage type.

The Open World of The Lands Between

The Lands Between is definitely one of FromSoftware’s most impressive achievements so far. The locations that are visible from any point of the map are quite breathtaking. It is significantly larger than anything that FromSoftware has created before. Like in previous games, there won’t be any explicit map markers telling players where they should go. However, they do mention that there are systems in place to prevent players from getting completely lost. 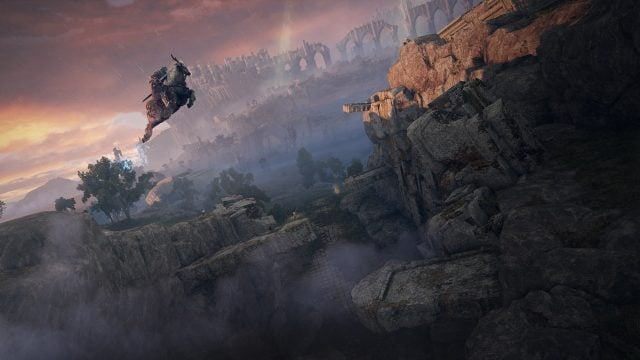 The Spirit Steed Can Double Jump

The open-world system that Elden Ring is taking up created the possibility for players to tackle their challenges in any other that they wish. To be able to traverse the world quickly, your trusty Spectral Steed Torrent will always be available. It was also confirmed that your mount will even be able to help you in areas with elevation. Air currents can help boost you up into the air, allowing you to land where you wish. Torrent will even be able to double jump. 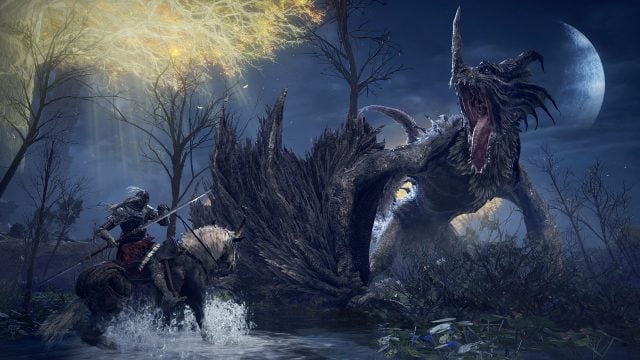 Even if the world has been opened up, that doesn’t mean there won’t be any meaningful events. The game world will still be dense, and filled with enemies and varied combat encounters. While exploring the world you can even be assaulted by flying dragons that swoop down and attack you.

There will also be Legacy Dungeons, which are larger fortress areas that have a significant challenge, but also significant rewards. These locations are much more complex and stressful compared to the open world.

The interview footage also contained a few never before seen items and spells. First off is the new armour. A new samurai-inspired armour set is being added to the game, complete with a new longbow. The Asian-inspired look will go nicely in adding to the diversity of the currently announced sets. 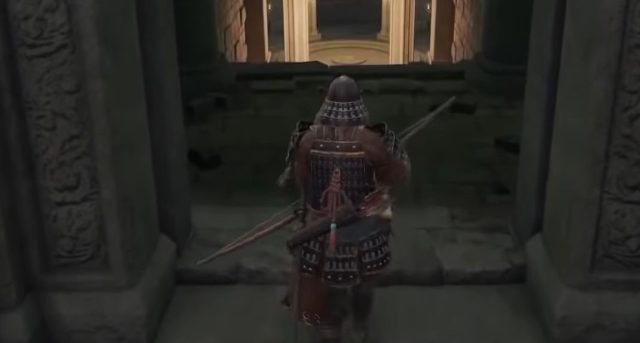 We currently have a few plate armours like the Carian Knight Set and the Bloody Wolf Set, and some desert themed ones like the Swordsman Set. Lastly, there are also a few shots of a new leather armour set that looks perfect for the sneakier type of player. 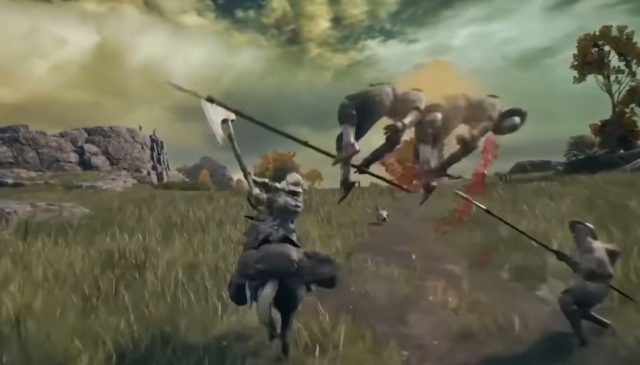 It looks like a couple of new Weapon Types are being added to the game. You can see that the player is wielding a Great Axe in one of the videos, similar to something you’d see in Monster Hunter. We also have an oversized headsman’s axe that was used while mounted, causing enemies to fly up into the air because of the great impact. The next new weapon is a Double Whip, which should open up a good midrange option for combat. These will join other weapons such as Great Spears and Glintstone Staffs. 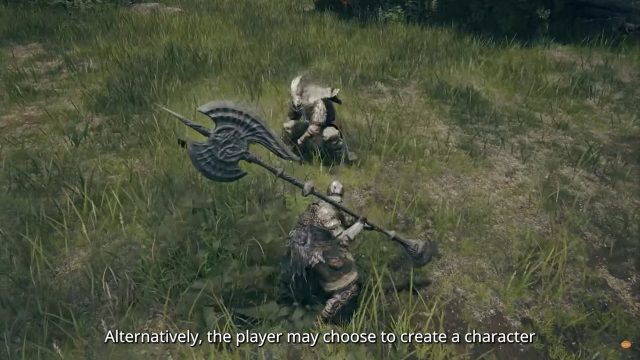 Alongside this, it looks like a new Spirit Summon is being added. Previously announced were the Wandering Nobles, Lone Wolf, Noble Sorcerer, Northern Mercenary and Jellyfish Spirits. Now, we are also going to get a fire-breathing bird spirit to mess with our foes from the air. This should definitely add another interesting layer to combat. 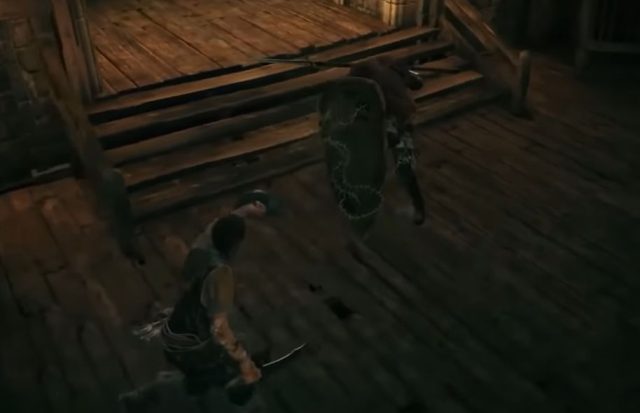 Magic, in general, is going to be “more spectacular and visually pleasing than in previous series”. It will be not only effective but fun to use. Kitao hopes that players who traditionally use martial weapons would be open to trying out these new mystical spells, such as Dragonfire or Meteorite.

Changes from the Closed Network Test

Limgrave will still be the players’ starting location, same as the Closed Network Test. In the test, players would usually finish up their affairs in Limgrave and move on to Stormveil Castle and defeat the boss, Margit, the Fell Omen. However as the world is now opening up in the full release, players can choose to skip Stormveil Castle and move on to different areas first. They can then return when they are more prepared to approach Stormhill. 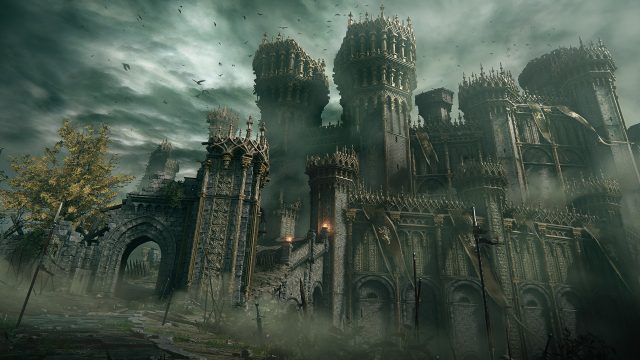 You Can Now Skip Stormveil Castle

Aside from that, there are only minor changes. Items have had flavour text added in, a famous feature of the Dark Souls or Bloodborne games as they added much-needed hints or other lore. A lot of NPCs were added to the game and enemy placements have been adjusted. Be ready to find some Teardrop Scarabs or Golems in places you wouldn’t expect them to be!

Fundamentally, the game won’t change much aside from being able to access the rest of the world as well as the full character creator. 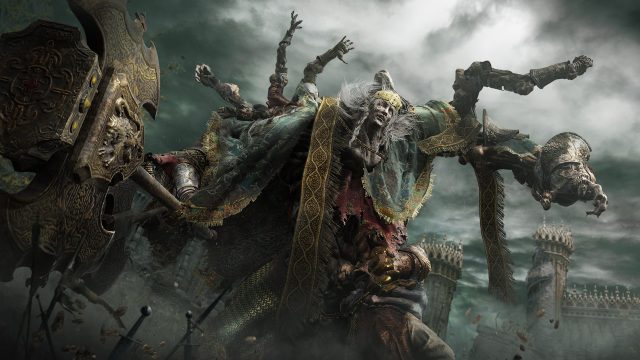 Skip Bosses if You Dare

Elden Ring is only a few weeks away from release. We cannot wait for February 25 and explore The Lands Between. While waiting, be sure to check out our Elden Ring Wiki to prepare yourselves for the game. Be sure to check out the Top 10 Soulslikes to Play While Waiting for Elden Ring. We also took a look at Edge Magazine’s interview with Miyazaki last December.