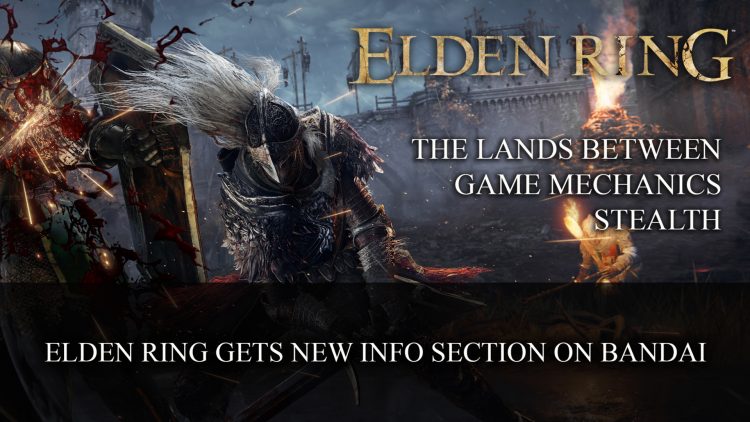 Bandai Namco have update details on the official Elden Ring page which shares more about the Tarnished of the Lands Between and more about Stealth.

Bandai Namco have updated the Elden Ring page with more details about the upcoming title. Two new sections have been added which feature details about the Tarnished of the Lands Between, Lore, gameplay mechanics and more about Stealth. These details were also recently discussed in an interview with Hidetaka Miyazaki earlier last month, but have now been added to the official game page plus further tidbits about gameplay mechanics. 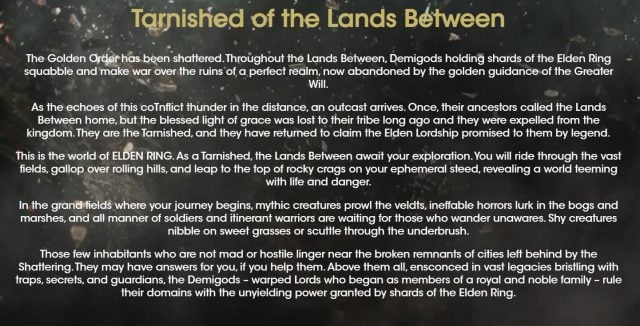 A new section of info for Elden Ring on the Bandai Namco website covers the Tarnished as well as the lore behind the Lands Between.

The new section covers the Lands Between, which is the setting for Elden Ring, ruled by Demigods that each possess shards of the shattered Elden Ring. The information adds further tidbits about the lore which mentions “rolling hills” which no doubt refers to Elden Ring’s open-world or Locations, and further descriptors of this mystical land. We can expect “mythic creatures” as well as “soldiers and itinerant warriors”. 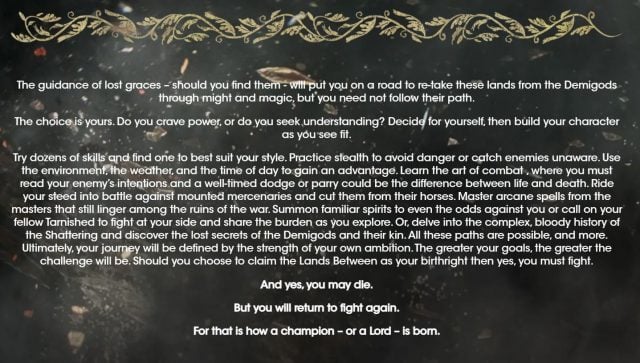 The second section goes over the gameplay mechanics which includes Stealth. Players will be able to customise their character, try “dozens of skills” and use the art of stealth to creep up on enemies. There are a few details bout using the “weather and the time of day” which will play a part in gaining the upper hand over enemies. The night and day system was previously rumoured in forums, but this makes it all official. It also mentions the ability to summon Spirits to aid you, as mastering “arcane magic”.

Previously Miyazaki went over the concepts mentioned in this info section, but it’s awesome to see these mechanics are all officially on the website.

In case you missed it don’t forget to watch our Elden Ring Gameplay Impressions video which goes what to expect, graphics, online, network test, combat, multiplayer and more.

If you want more Elden Ring be sure to check out our Elden Ring wiki which covers Lore, Skills as well as the latest Elden Ring info.

For all the details, gameplay trailer and details announced for Elden Ring at Summer Game Fest 2021 be sure to read/watch next Elden Ring Gameplay, Release Date, Screenshots Revealed At Summer Games Fest 2021. Want to see our reaction? Check out this priceless clip of when Elden Ring was revealed during our Twitch stream. If that’s not enough you can check out our Elden Ring Gameplay Impressions right here. You can also find out about Elden Ring Pre-Order Editions here.