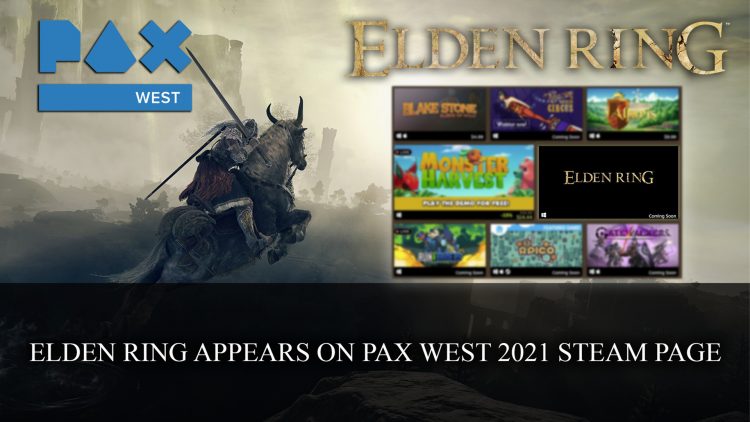 Elden Ring has popped up on the Steam page for PAX West 2021 which means we could be seeing more of the Action RPG this week.

This was posted by netizen Mordecai who shared the screenshot, but also pointed out that Elden Ring is not currently listed in the official schedule for PAX West 2021. Bandai Namco does have a booth at the event however have only confirmed they will be featuring Tales of Arise.

Update: It seems like the Bandai Namco booth is for playing Tales of Arise. Back to hollowing…https://t.co/cUkQSB4RwP

On Steam currently each of Bandai Namco’s games have the PAX West banner, but only Tales has been confirmed to be present at the show. We’ll have to wait and see if there will be more Elden Ring coverage during the event. 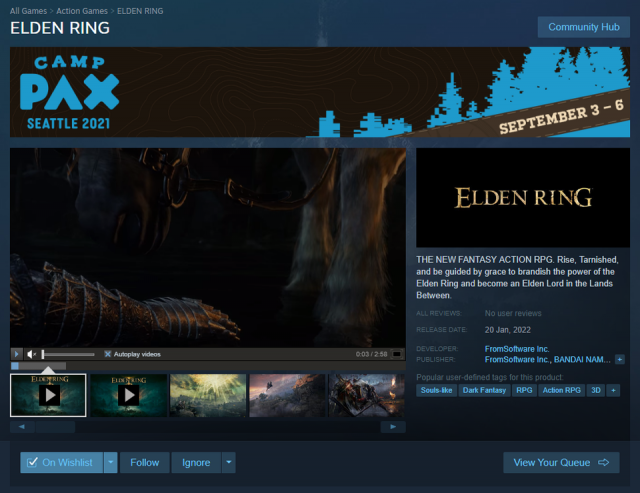 Previously Elden Ring made a splash at Gamescom 2021 where it received a number of awards and press coverage for a closed showing of gameplay. In case you missed it you can check out our Elden Ring New Gameplay Breakdown & Impressions, New Mechanics Revealed. Want more Elden Ring? Also check out next Elden Ring | Why I Don’t Think “Opt-In” Is The Solution To Solo PvP Invasions.

For more news be sure to read next Divinity Original Sin 2 Now Has Cross Save Progression For IPad And Steam and THQ Nordic To Announce Six New Games During 10th Anniversary Digital Showcase.