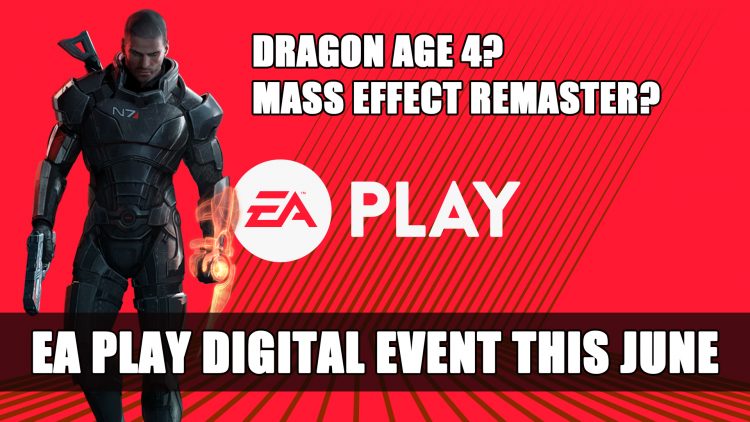 Another digital event has been confirmed for this June after the cancellation of one of the biggest being E3, but we won’t be without news and announcements as EA Play is also joining next month’s lineup.

EA Play will still be going ahead this June, but in a digital format which shouldn’t be too surprising now with a number of events now popping up. While the physical event won’t take place due to the current situation, EA will still be going live with some announcements.

The online event will take place on June 11th at 4PM PST and teases “World premiers, news and more!” in a recent tweet. This livestream will be happening on the EA official website. While EA has previously hosted their own press conferences in LA during the time of E3, but usually away from the main conference, this time a digital format will be in place.

What exactly is on the books for EA this year? Well we’re hoping to hear more about the previously teased upcoming Dragon Age 4 by Bioware, and is being published by EA. It was announced during TGA 2018 along with the hashtag #TheDreadWolfRises. Since then details have been thin, although we do know it will involve “party-based combat” and “romance”. EA might be ready to share some more info, if not a trailer for the next instalment. But it was previously shared that we probably won’t be seeing the release of title until 2022. 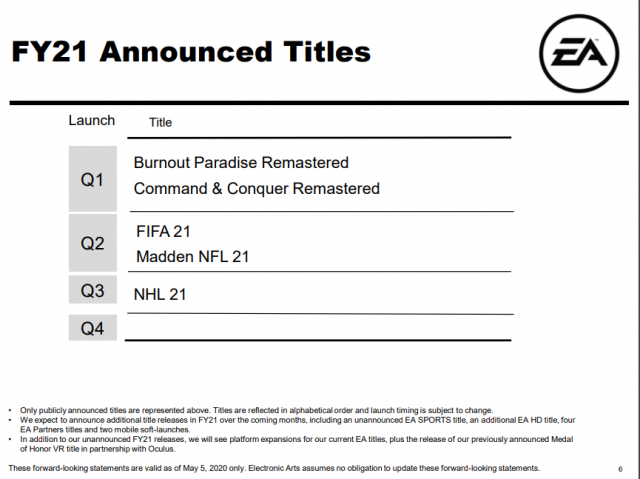 According to EA’s latest earnings, the publisher is also set to release an “EA HD title”, which could mean a remaster.  This has fans hoping for a possible Mass Effect remaster.

What do you think or hope EA will be revealing during this year’s digital event? Let us know in the comments below.