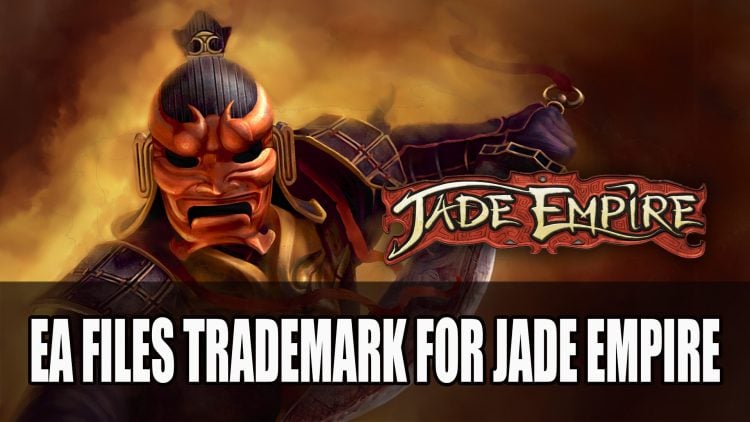 After over a decade after the action-RPG Jade Empire was released on Xbox, EA files for a trademark under the same name.

On January 22nd EA have started the process to trademark the name “Jade Empire”. The original title was used back in 2005 when Bioware who developed franchises such as Mass Effect, Dragon Age and their most recent IP Anthem. The title was released on the Xbox and was an action-RPG  which featured martial arts action and was recently made backwards compatible last year. It was after when EA bought out Bioware in 2007, that they would go onto then develop the Mass Effect series. 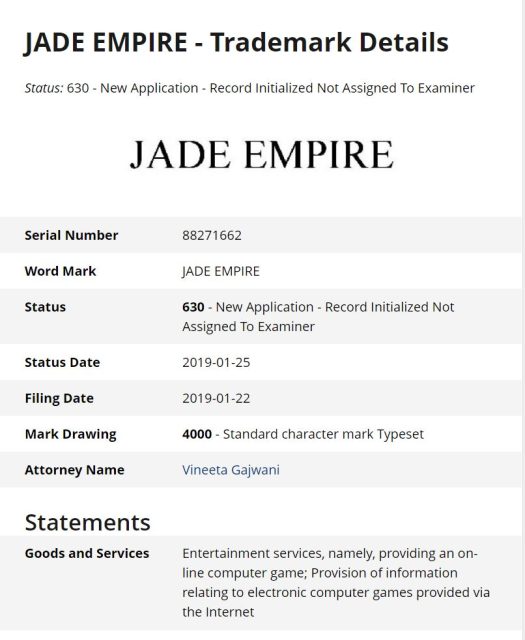 While the reason for claiming this trademark could mean they plan to create a sequel, a remaster or even a remake of the original. Or they could just be acquiring their previous titles which is something large game developers do from time to time, whether that be for plans for now or in future.

For now we will have to wait and see what EA could have planned for Jade Empire, as they continue to prepare for their launch of their latest action-RPG Anthem which had it’s open demo last weekend. If you want to explore the original you can now do so with backwards compatibility on Xbox One if you still have disc laying around or you can purchase through the Microsoft Store.

If you want more Bioware news be sure to read next Bioware Lists Fixes They Will Implement Before Next Anthem Demo, Bioware Teases Announcement Next Dragon Age Game At TGA 2018 and Bioware Shares How Anthem Could Influence New Dragon Age And Mass Effect Games. You can also read this opinion piece 5 Innovations Dragon Age Should Keep After Inquisition.

One comment on “EA Files Trademark for Jade Empire”