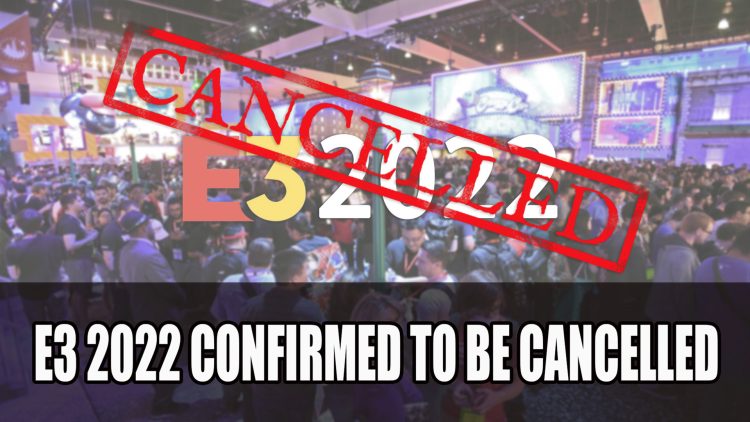 It has been announced that E3 2022 won’t be taking place this year in digital or physical form as it is officially cancelled.

E3 2022 Confirmed to Be Completely Cancelled

E3 will not be taking place this year as news of both the digital and physical event has been cancelled. The news broke when emails were sent to partners from the Electronic Software Association, who released a statement confirming the shows was cancelled but will return to Los Angeles for a live show next year in 2023:

E3 will return in 2023 with a reinvigorated showcase that celebrates new and exciting video games and industry innovations. We previously announced that E3 would not be held in person in 2022 due to the ongoing health risks surrounding COVID-19. Today, we announce that there will also be no digital E3 showcase in 2022.

The statement goes on to explain that they are putting their efforts into a show next year promising an “all-new format and interactive experience”.

The past couple of years has been not easy for gaming shows as Covid restrictions either made events all-digital or with a limited physical presence. However, with the return of events such as Gamescom in full swing this year, things seem to be returning to normal for the most part for gaming conferences.

However, ESA has been in the process of rebranding E3 for some time now. Back in 2020 before the cancellation of that year’s conference, ESA had made statements saying they wanted to change the approach of the show. The statements released confirm that 2023 will take a different look, with an ESA representative sharing that it will be “a reinvigorated showcase.”

But we won’t be without gaming news as Summer Game Fest is on track for this June, as Geoff Keighley confirms that the event will be going ahead as usual with partners Amazon Games, Blizzard, Capcom, Epic Games, Bandai Namco, Square Enix, Warner Bros. and more according to the official website.

Excited to share that @SummerGameFest will return this June with a slate of events. We’ll be producing another Kickoff Live show with announcements, news and first looks.

Much more to share in the coming weeks, along with some very cool new elements for ’22. pic.twitter.com/jjXLG8Xueh

What do you think of the news of E3 being cancelled? What would you like to see from the new and improved E3 for next year? Let us know in the comment below.