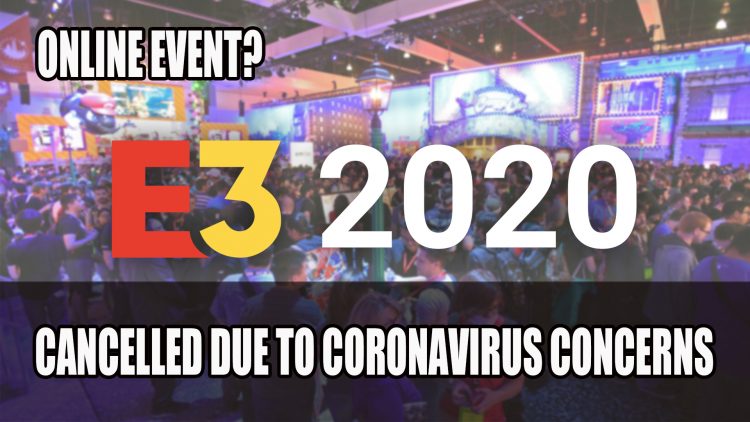 There were quite a few sources today surrounding a possible cancellation for the convention. Now it has been confirmed that E3 2020 won’t go ahead as planned.

One of the biggest events of the gaming year, E3 2020 was meant to take place this June. But due to overwhelming concerns of the outbreak of the Coronavirus or Covid-19, a number of gaming events have been cancelled. It looks like E3 joins that list as ESA, the organiser of the event expressed in an article by Bloomberg, that they are now “exploring options for an online E3 event this summer.” This was the message they gave to partners on March 11th, and an official announcement is to be made at 9:30 AM Los Angeles time.

The E3 team is devastated to share this news. This decision was not reached lightly, but it is the right one for the health and safety of all involved. Read our statement here: https://t.co/1uOWxTerN9 pic.twitter.com/gD2IxNACLX

This was the message they gave to partners on March 11th, and an official announcement is to be made at 9:30 AM Los Angeles time.

A number of sources had been putting out similar messages concerning this news by sharing their own messages which led most to believe that E3 would not take place. One of those sources was Devolver Digital who tweeted “Cancel your E3 flights and hotels, y’all”.

This isn’t the only major event to be taking this stance, GDC was previously cancelled as well. With a number of events now being cancelled/postponed it will be interesting to see what will be happening instead. It makes sense that a digital event will take place, as this would let publishers and developers still be able to share with a mass audience without health concerns.

Before this news, there were already a number of attendees confirmed for attending which include Microsoft, Nintendo, Capcom, Square Enix and more.

ESA even last year had announced they wanted to rebrand E3 this year, making it more a “fan, media, and influencer festival”. With this in mind, Sony had already confirmed earlier this year that they wouldn’t be attending E3 as they didn’t “feel the vision” which is similar to what happened for last year as well, meaning PS5 would not be making an appearance here, but instead favouring their own events.

Currently Gamescom 2020 which takes place at the end of August is still on the books, with already confirming a list of attendees which include CD Project Red, Bandai Namco, THQ Nordic and more.