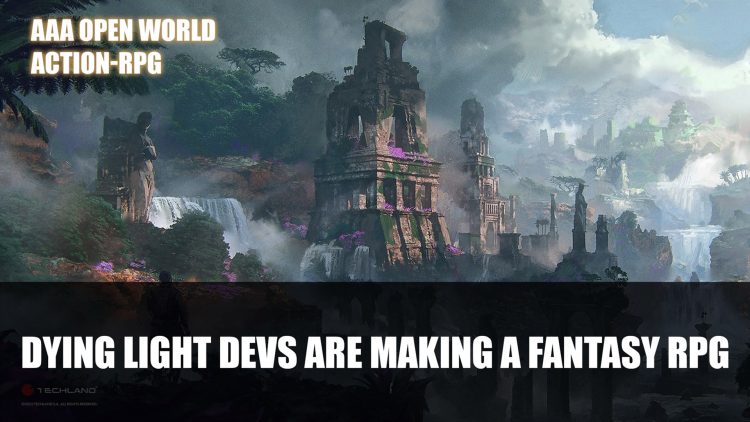 Developer behind Dying Light Techland are working on their next project, an open-world fantasy action-RPG.

Developer Techland are working on an unannounced game that sets to be an open-world action-RPG. The studio behind Dying Light explained they are in the midst of hiring for a AAA title.

The team working on the title are made up of some pretty key figures in RPG history including members that have worked on the likes of The Witcher 3, Horizon Zero Dawn, Cyberpunk 2077, Deathloop to name a few.

Concept art was released teasing the fantasy title that shows some crumbling structures as well as stone statues. Whether this title is influenced by mythology or based on a completely new fantasy is not known, but the image does show historical elements.

You can check out the full list of names working on this title which includes people who have worked with CD Projekt Red, Warner Bros., Guerrilla Games and more.

In just the last few months, said team has been strengthened by:

Techland has worked on the Dying Light franchise, and remains one of the biggest studios of Polish game developers, with 30 years of experience. Recently they released the sequel Dying Light 2 a survival horror Action-RPG which pits players against monsters that lurk in dark hideouts. The game combines parkour skills to manoeuvre the world and the use of a grappling hook to gain new heights. Crafting, combat and more await in the last human settlement, with the challenge to stay human. Dying Light 2 is set to receive its first chapter ‘In the Footsteps of a Nightrunner’, with the first story DLC set to release in September 2022. If you want to check out more Dying Light 2 be sure to read next Dying Light 2: Stay Human Gets The Reason Official Gameplay Trailer.

For more news find it here in Miasma Chronicles Is The Newest Tactical RPG From The Creators Of Mutant Year Zero: Road To Eden and New Playstation Plus Lineup Of Games Includes Demon’s Soul, Ghost Of Tsushima And More.