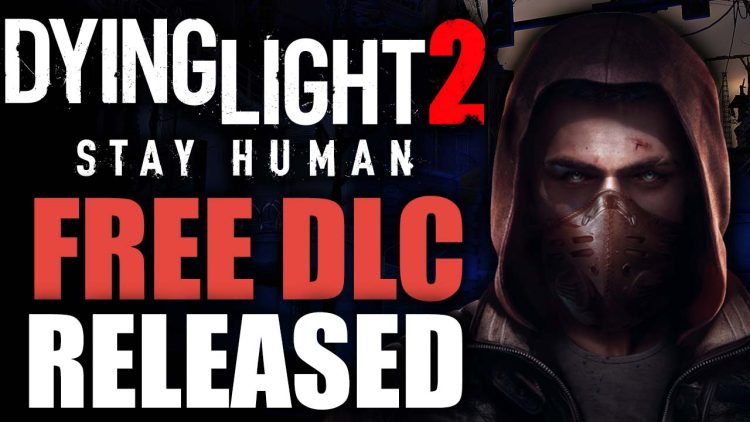 The Dying Light 2 Twitter account announced on Monday that the game will receive its first DLC, The Authority Pack. It is with this release that Techland is starting its 5-year commitment of post-launch content releases.

Fans of Dying Light 2: Become Human are in for a small treat starting today. Techland has released a free DLC for players of the zombie survival action game. The Authority Pack is the first of three cosmetic items that are based on the Peacekeepers. 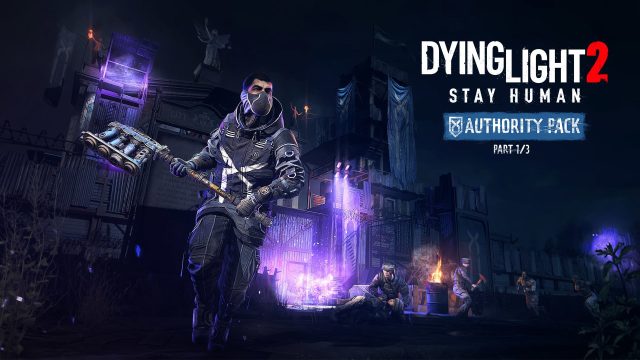 Aiden will be able to collect and equip three new items, namely an “Intimidating Jacket”, “Intimidating Cargo Pants” and “Intimidating High-tops”. As the Steam DLC page reads, “Bring law and order back to The City, and make sure everyone follows the rules with the Authority pack”. 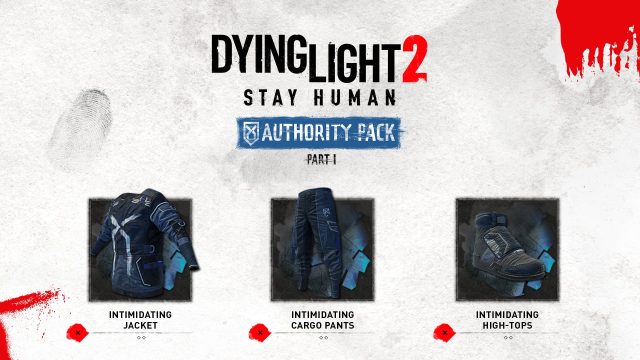 The image of the DLC in the Steam store depicts Aiden as someone fully equipped to take out zombies and other menaces. He wields a giant hammer, but it looks like this weapon won’t be included in the 1st part of the Authority Pack.

Techland has committed itself to at least 5 years of Post-Launch content for Dying Light 2. This isn’t surprising considering that the first game just recently received its last piece of DLC. Dying Light was released about 7 years ago in 2015.

February will be the month that Faction-inspired cosmetic outfits come into the game. Aside from the Authority Pack, it looks like another white armour set will be implemented into the game. 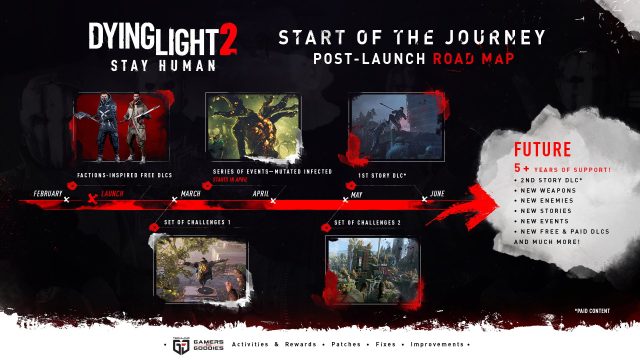 March to May is when the actual new content will start dropping. First off in March and May, we will get a set of challenges that players can choose to overcome. In April we will get a series of new events, the first of which are mutations for the infected. The first-ever story-related DLC will be coming in June.

We don’t have much information for content past June 2022, however. Techland is still keeping quiet on the specifics. We can expect that we’ll be seeing new weapons, cosmetics, enemies and other missions. There will be likely a good mix between paid and free DLC as well. Things will be definitely exciting for fans up until 2027.

Dying for some Dying Light

Dying Light 2 was one of our Top 5 RPGs to release in February. It comes along in the same month as other heavy hitters such as Elden Ring, Horizon Forbidden West, Lost Ark and Guild Wars 2: End of Dragons. We previously reported back in January that it was the second top Wishlisted game on Steam. 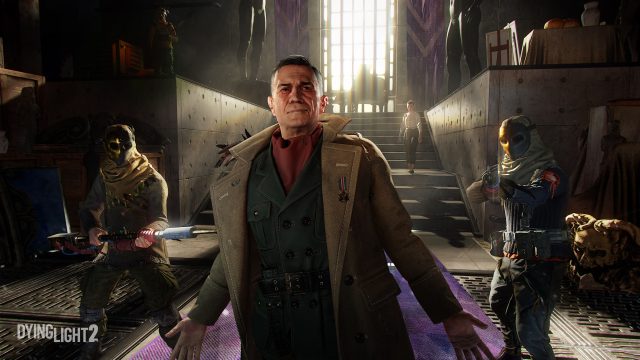 The game is currently available on all major platforms, including PC. Unfortunately, the cloud version for the Nintendo Switch has been delayed. The developers do hope that they will be able to release it within 6 months of the original date. This puts it in a mid-2022 timing.

Currently, the game sits at 81% Positive Reviews on Steam, with over 47,000 reviews. The game has also received very positive reviews all around other major gaming outlets.

It was also stated by the devs that the game will take over 500 hours to complete everything, with about 20 hours alone going into the main story. There is also mentioned that the game has over 350,000 words of spoken dialogue as of the main release.

Dying Light 2: Stay Human is the sequel to Dying Light, released by Techland back on January 26, 2015. Dying Light featured first-person parkour mechanics which were both excellent and felt really good to play. Crane, the main character had the ability to climb, vault over, and run through a city devastated by disaster with absolute freedom. His movement was fast-paced and frantic, and it was absolutely great time jumping through a ruined city, slaying zombies with friends. 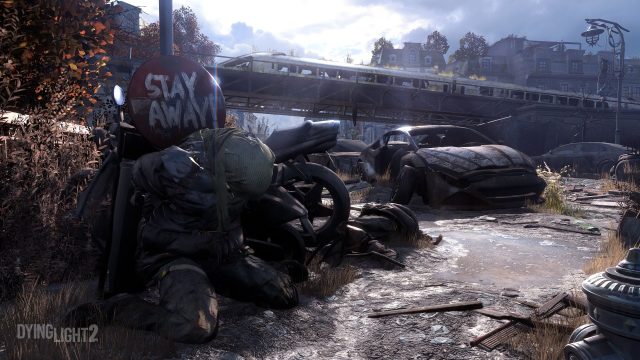 Techland has really made a living, breathable world with Dying Light 2. It is definitely looking like a worthy successor to the beloved classic.

For more news, be sure to check out Final Fantasy XIV Gears Up For A New Deep Dungeon In Upcoming 6.x Patch and our Review of Horizon Forbidden West.