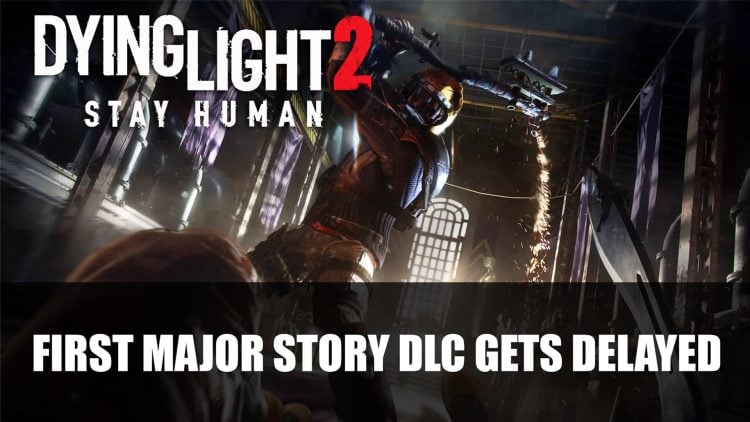 The first major story DLC for Dying Light 2 has now been delayed.

The first major story-focused DLC for Dying Light 2 was expected to release this summer, but now has been delayed to September 2022.

Developer Techland has announced that they need a bit more time to work on the first story DLC, to give it a bit more polish. But that doesn’t mean the studio isn’t planning on adding more features to the game in the meantime.

The team has been focusing on some most requested features such as New Game+, FOV slider for consoles and other co-op improvements. June sets to introduce the first game chapter called ‘In the Footsteps of a Nightrunner’. This chapter will be filled with content, events and will add also a photo mode. 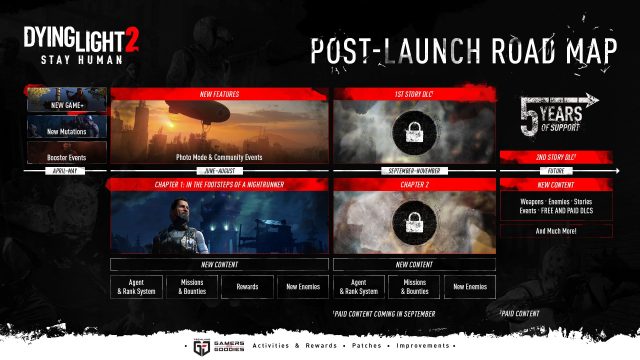 In May owners of the first game Dying Light also received a free upgrade to the Enhanced Edition which adds the expansion The Following, as well as additional content and DLC.

Previously the title received the free DLC Authority Pack which added three new items, an “Intimidating Jacket”, “Intimidating Cargo Pants” and “Intimidating High-tops”. Techland has already shared they are committed to a 5-year plan of post-launch content, so you can expect more to come.

In case you missed it, Dying Light 2 is the sequel to Dying Light, released by Techland back on January 26, 2015. The sequel adds a number of new features such as first-person parkour mechanics. Crane, the main character has the ability to climb, vault over, and run through a city devastated by disaster with absolute freedom.

Dying Light 2 is currently available on Xbox Series X and Series S, PlayStation 4, PlayStation 5, Xbox One, PC and will release on Nintendo Switch via cloud version later this year.

For more news find it here in Magic The Gathering Universes Beyond Series To Have A Crossover With Warhammer 40,000 This August 2022 and Alan Wake Remastered To Get Switch Native Release Autumn 2022; Alan Wake 2 Reveal Delayed.