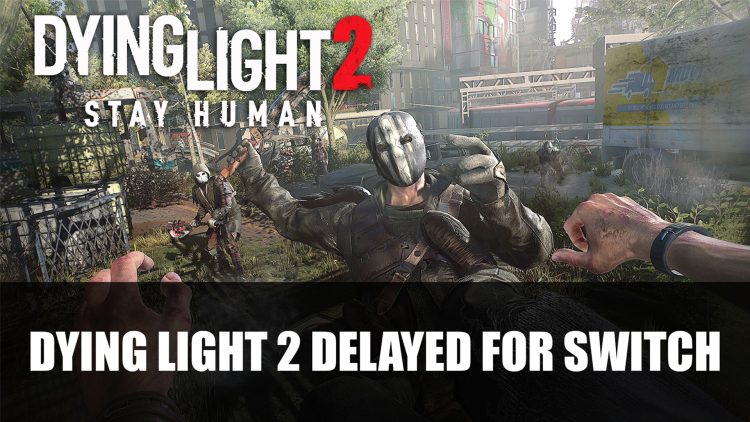 Developer Techland have announced that Dying Light 2 Stay Human on Switch which was originally set to release alongside other platforms in February has now been delayed by a six-month window.

Announced today by developer Techland the Switch Cloud Version for Dying Light 2: Stay Human has been delayed. The developer shared that the title won’t be coming to the Switch alongside other platforms as previously announced, but will now be releasing “within six months from the original date”. The launch date is still confirmed for other platforms PC, PS4, PS5, Xbox One and Xbox Series X|S on February 4th 2022.

This could mean we might not see the cloud version of Dying Light 2 on Switch until mid-2022. The press release explains that the developer wants to “provide fans with the gaming experience at the level they deserve” hence delaying the Switch version.

A recent tweet from the official Dying Light twitter account revealed that the sequel will have quite a lengthy dialogue with 350,000 words and 40,000 lines in total. This means we could be in for quite a tale, with plenty of conversation between characters.

350,000 words, 40,000 lines of dialogues – that’s the world we’ve built for you in Dying Light 2 Stay Human. Are you ready to explore it?#DyingLight2 #StayHuman pic.twitter.com/A0D0nzObbj

Previously it was announced Dying Light 2 was delayed from its original release date of December 7th to February 4th. Recently we got a look at Dying Light 2’s gameplay with The Reason trailer which previewed the main character climbing, vaulting and running through the vast open-world.

In case you missed it, Dying Light 2 Stay Human is a narrative-driven Action-RPG sequel to Dying Light. The entry is a survival action game which was released in 2015, set in a post-apocalyptic world overrun by zombies. Players needed to scavenge in order to survive, by crafting weapons and face hordes of the undead. 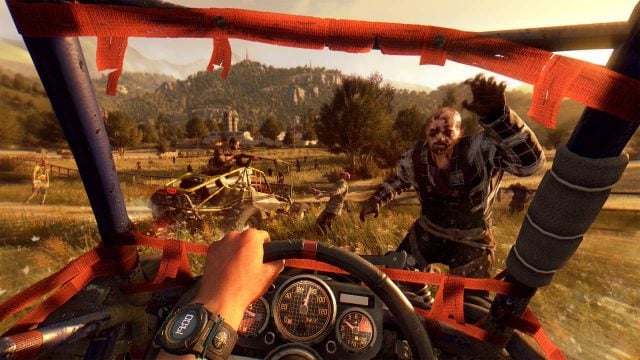 In the sequel, players will try to stop The City, the last human settlement from falling into the grips of the zombies. It’s up to you to decide how best to defend and run this place.  There is also a day to night system, being able to plunder abandoned lairs at night, while unveiling dark secrets during the day. Dying Light 2 will utilise tactical combat and parkour mechanics. The sequel also gains two to four-player co-op, so you don’t need to go it alone, allowing you to host your own game or join others to see how their choices have played out compared to yours.

For more news find it here in Horizon Forbidden West Shows Off Story Trailer and Cuphead Gets Netflix Trailer And We Explore The Delicious Last Course.