In this Dungeons & Dragons Dark Alliance Beginner’s Guide, I’m going to talk about the top 10 tips to enhance your experience with Dark Alliance and to breeze through each Act as effectively as possible. Dark Alliance is a co-op Action RPG developed by Tuque Studios and Published by Wizards of the Coast. It shares the same Icewind Dale setting and characters in the Dungeons & Dragons universe, and is available for Steam, PS4, PS5, Windows Store, Xbox One, and Xbox Series X. It focuses on the different tactics and capabilities of the four Companions of the Hall; namely, Drizzt Do’Urden, Catti-brie, Wulfgar, and Bruenor Battlehammer, as they seek to defend their homeland against the destructive Crystal Shard Crenshinibon, and the forces of evil who yearn for the Shard’s power.

In Dungeons & Dragons Dark Alliance, you can play with up to 3 other players, each with their chosen hero, which has a default set of Attributes, Classes, and Skills right from the beginning. In total, there are 21 Levels with varying Challenge Levels or difficulty modes that determine the rarity of the gear you acquire. Obtaining 3-8 pieces of Equipment result in unlocking Set Bonuses that improve your build. There are a couple of strategies you ought to remember in order to enhance your build, get the best Weapons and Armor, and obtain gold to upgrade additional gear. I’ll start with the Optional Objectives. 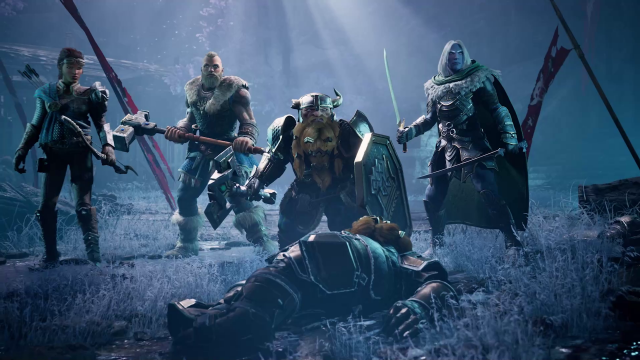 At the start of every Act, you can view your Main and Optional Objectives at the upper righthand corner of the screen. In some cases when this is short, you’re only tasked with completing Main Objectives, however, for longer Acts, you’ll also have Optional ones to be aware of. Optional Objectives consist of killing a sub-boss like Screetch the Foreman or collecting Items such as Dwarven Mugs. Although these are not mandatory as the name suggests, it’s highly recommended to complete them. 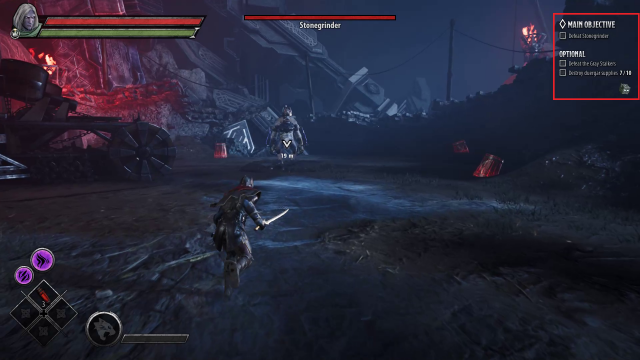 After eliminating a sub-boss, you’ll usually get one piece of Epic gear, which can really help your Build. Item collection optional objectives on the other hand, won’t provide you with the same special Equipment, and instead, will grant you bonus XP, which you receive after completing the entire Act.

9. Know How To Handle Environmental Hazards

It’s important to be aware of environmental hazards especially in higher Challenge Levels because these can greatly damage your HP. For such terrain, you’ll have to find a way to disable them by checking your surroundings. Examples are poisonous and cursed ground, which you can defuse by detonating Explosive Barrels and hitting violet Cursed Sculptures to stop the flow of the dangerous liquid, respectively. 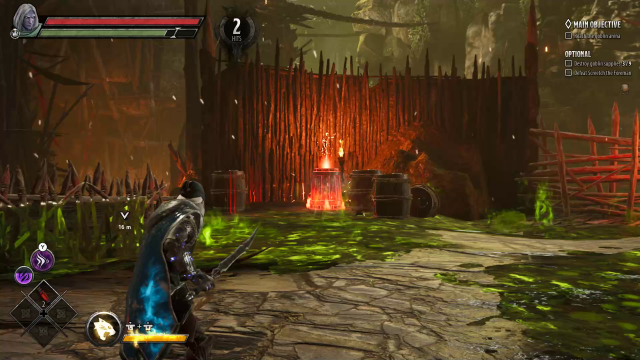 Frozen ground, however, cannot be removed. To walk on icy ground, you’ll need to gain the Warmth buff by standing beside a Flaming Sword, which is located nearby. Only then will you be immune to Cold Damage, so make sure to do this first.

Since you don’t have a map to guide you, you ought to explore areas as thoroughly as possible to accumulate gold and to get better versions of gear from barrels and chests. Note that most barrels are not highlighted, which shouldn’t deter you from breaking them since they almost always contain a sack of gold inside. 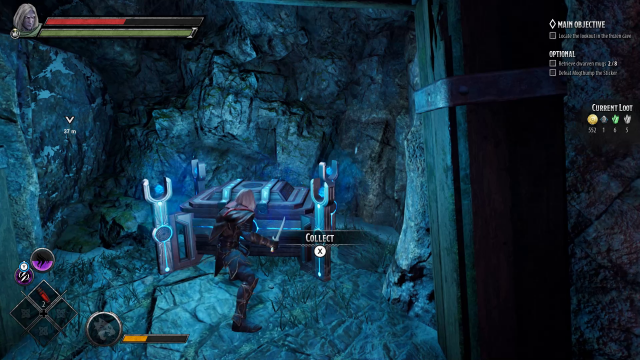 In order to access chests hidden in the depths of caves or ruins, you’ll need to seek out red drapes, which are situated on the edge of cliffs to signify that you can climb above or jump from it. Exploring areas will also help you discover Attribute shrines, which will give you 1 Attribute Point and maximize your HP. You even have to solve mini puzzles, which include standing on correct patterns, or finding and activating special runes on the walls. 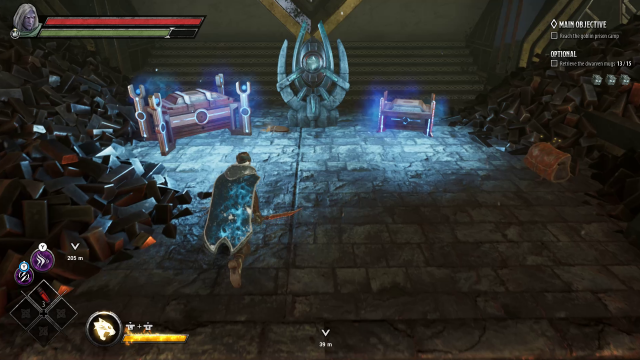 At earlier levels when you haven’t obtained Epic or Legendary Equipment, your Combat Power, which determines your level of expertise to take on higher Challenge Levels per Act, is generally  low. If you want to survive and to take on difficult encounters, you’ll need to unlock numerous Moves that can give you a fighting chance. To gain access to these, you’ll need to spend gold.

There are a total of 14 Moves, which can all be unlocked once you reach Levels 7 and 15. You should aim to get these as quickly as you can, as it not only makes combat more enjoyable, but also makes you much more versatile. 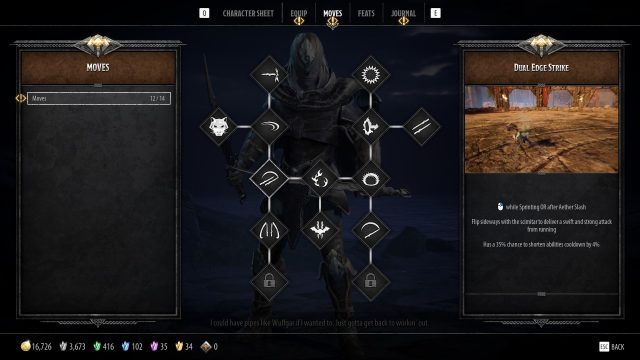 When it comes to consumables, you start out with just the Health Potion. You can unlock additional items such as Stamina Potions, Potions of Heroism, and Alchemist Fire, among others. Raising the level of consumables increases its effectiveness. To do so, simply go to the Merchant to purchase these upgrades with gold. 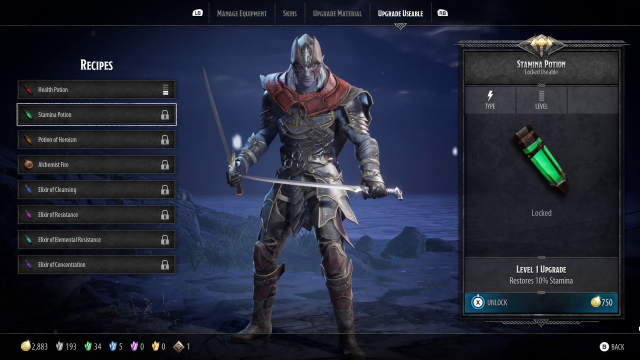 6. Look Out for Red and White Crystal Growths

In Dark Alliance, all of the environments have Red Crystal Growths that drop different colored crystals like blue and purple. These are used to enhance the stats of Rare and Epic Weapons and Armor by upgrading their corresponding levels. In the Camp when you speak with the Merchant, you have the option to convert crystals into the color you want so you can appropriately upgrade the gear you need depending on its rarity. 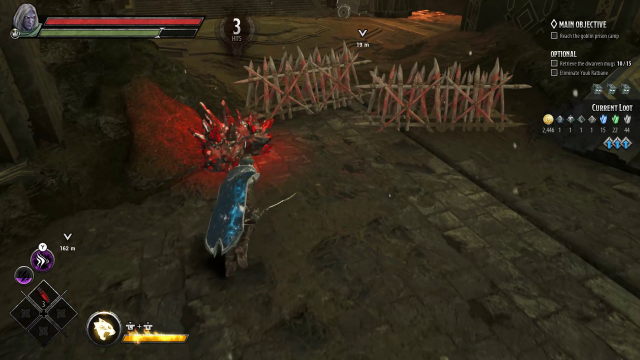 On the other hand, you’ll have to avoid passing by or hitting White Crystal Growths when you’re near it. These silence your character rendering you unable to use Abilities for a period of time.

After certain Combat encounters, you’ll reach checkpoints that will allow you to either take a Short Rest or gain Loot Bonuses. If you perform a Short Rest, you’ll be able to regain your max HP and consumables. If you choose the Loot Bonus path, you won’t gain any of the Short Rest benefits. Instead, you’ll raise the chances of acquiring more rare Equipment. You can increase your Loot Bonus up to a maximum of 3x, which you should take advantage of. 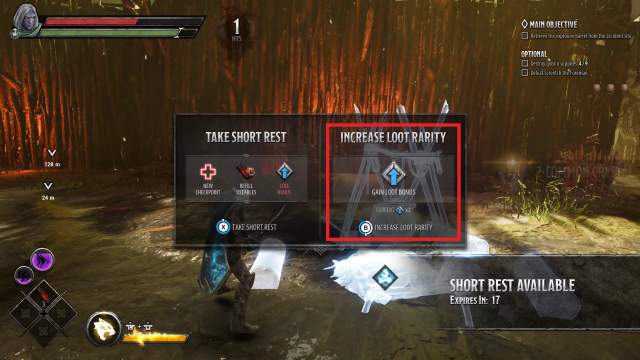 Only pick Short Rest if you don’t have consumables left since these randomly drop when you explore areas anyway. Note that you lose one stack of Loot Bonus each time you take a Short Rest, and not the full stack, so be sure to Rest if you absolutely need to.

4. Utilize Your Time In The Camp

In Dark Alliance, the Camp is a sanctuary that allows you to test your Moves, swap out pieces of Equipment, change Abilities, and so on. Basically, you only have access to your character’s UI when you’re at the Camp. What this essentially means is that you won’t be able to refer to it once you’ve initiated an Act. So for instance once your run has begun, you can’t check your newly unlocked Moves in case you forget the combinations. As such, it’s important to utilize and to practice these in the Camp beforehand. 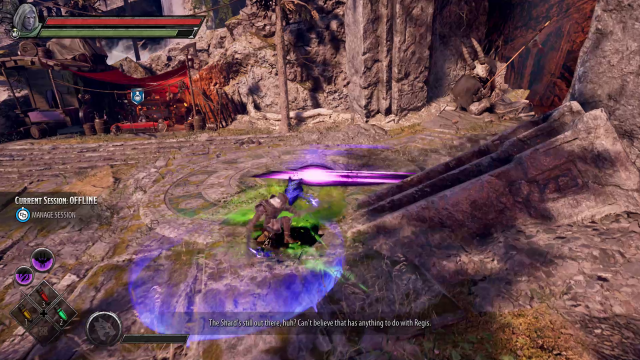 You can also swap out any of your unlocked Abilities while at Camp, since you can only equip two Abilities at a time. What’s more is you can apply Attribute Points and learn new Feats at the Camp so it’s important to utilize your time here as much as possible to improve your chances of success while in combat.

Whether you’re playing with friends or by yourself, you’ll eventually want to test out the other characters because of the varying Abilities they offer. The first time you play Dark Alliance, all sections of the World Map in the Camp are locked. But as you complete them one by one, you’ll gradually and permanently gain access to these sections, which you can make use of with your other characters. 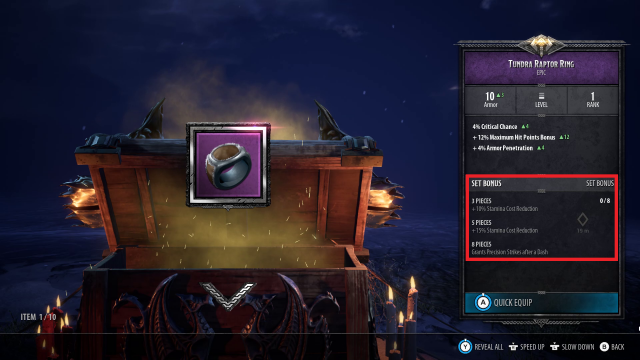 This gives you the advantage of completing one Act and gaining at least one piece of rare Equipment from the “Preferred Gear Set Drop” as described on the World Map, and to check whether or not the bonuses it gives are beneficial to your build. You can then continue with this method for other Acts until you find the best Set that suits your character. Once you’ve found it, you can just farm that section of the game to gain the optimal setup for your character.

2. Learn How To Maneuver Well In Combat

In combat, it’s essential to learn the numerous tells of enemies especially when there are a lot of them surrounding you. Usually, it’s best to use lock so you can aim directly at them. The drawback however is you limit your line of sight with respect to the other enemies approaching you, so pay attention to the indicators beneath and around you.

White triangles let you know when the enemy it corresponds to is a safe distance away from you. Yellow triangles are a warning sign that they’re approaching and lastly, red triangles mean they’re already nearby, ready to pounce. As soon as you see this last one, you should stop locking on to an enemy and quickly evade to avoid incoming attacks. 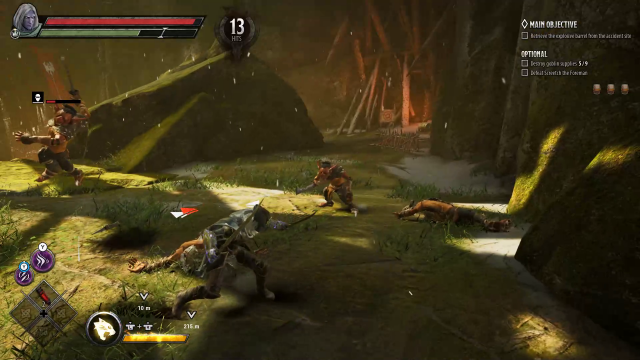 Enemy AoEs also have pretty good indicators on the ground. They usually have a long cast time, which gives you an opportunity to react and to leave the targeting circle. More dangerous creatures also briefly gain a red outline before they unleash an extremely damaging attack – a perfect signal for you to get out of there. 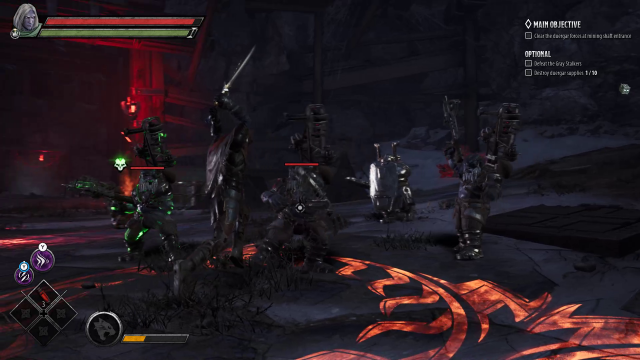 1. Proceed With Caution When Selecting The Appropriate Challenge Level

The difficulty spike in Dark Alliance is HUGE, so transitioning from say Adventurer to Hero or Hero to Guardian is a significant step even if your Combat Power goes above the Recommended Combat Score. Choosing a higher Challenge Level, however, will increase the chances of getting more rare and therefore better Weapons and Armor. 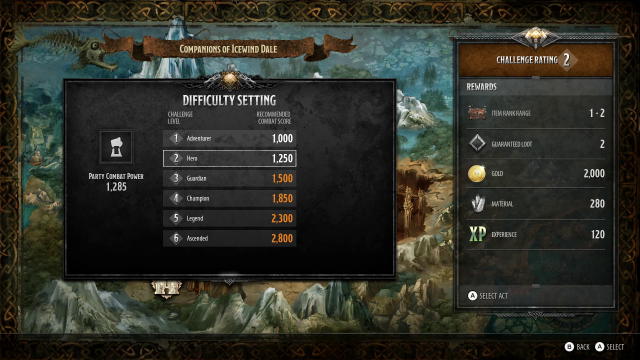 But remember that you’ll have to complete a Mission to obtain all of the loot you gathered while adventuring through it. If you’re unable to kill the boss, or decide to lower the difficulty, you won’t be able to retrieve any gear obtained for that specific run. So proceed with caution and raise the difficulty only when you are sure you feel comfortable.

If you found this guide helpful, and you have not yet purchased the game but you’d like to, please use the link below to help support the channel. Dungeons & Dragons: Dark Alliance is available for 39.99 USD for Steam, PS4, PS5, Windows Store, Xbox One, Xbox Series X.

Stay tuned for Build Guides per hero, and be sure to check out the Dungeons & Dragons Dark Alliance Wiki if you have questions about the game! What Guides would you like to see next? How can we improve this Beginner’s Guide? Let us know in the comments below!

I enjoy playing RPGs, narrative-driven games, and platformers. Outside of gaming, I like watching meaningful movies and reading sci-fi and dystopian books.