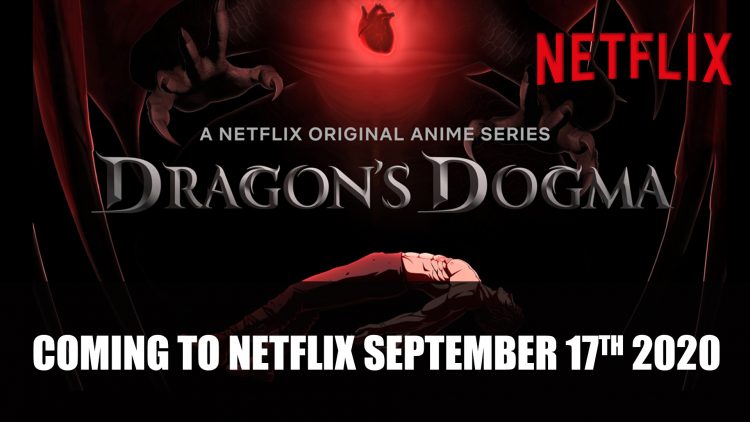 Netflix announces that Capcom’s RPG Dragon’s Dogma will be coming to Netflix in the form of an animated series.

Dragon’s Dogma Is Getting An Animated Netflix Series

Netflix has bagged itself another animated series this time it’s Capcom’s Dragon Dogma. Originally an RPG that debuted in 2012, Dragon’s Dogma introduced magic, party-based combat and an open-world to explore. But this time Dragon’s Dogma is getting an anime makeover, and will be coming to Netflix on September 17th, 2020.

A new Arisen is born! Follow Ethan, along with his pawn Hannah, in his journey to reclaim his heart. ?@Netflix Original Anime Series Dragon’s Dogma releases worldwide on September 17, 2020
? https://t.co/Eu6FKFOJjr pic.twitter.com/yxWD74oTWm

The tweet outlines the story for the series, which sounds similar to main story of the game but with a character Ethan now being the one who is trying to regain their heart. Along with the announcement are a few screenshots featuring characters from the series but not much else given away. The style looks kind of similar to that of the Castlevania Netflix series but we’ll have to wait to see more in the run up to the release.

Why should we be excited for this anime? Well not only will it follow a new tale of the Arisen, it will also hopefully gain new interest for this RPG. This isn’t the only game inspired anime to be brought to life by Netflix, Castlevania also gained a number of new viewers to the series. The Witcher 3 got a live action adaptation called The Witcher which led to increased numbers of concurrent players since the game’s launch. This may respark an interest in the underrated title and maybe it will inspire Capcom to make Dragon’s Dogma 2? But this time with mounts please Capcom.

If you’re diving in Dragon’s Dogma, whether it be for the first or the hundredth time be sure to drop by our Dragon’s Dogma wiki for all your arisen needs.