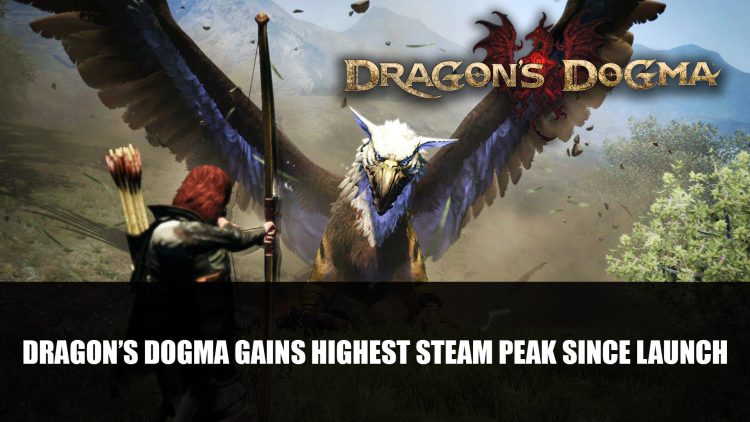 Dragon’s Dogma has gained its highest number of concurrent players since its 2016 launch on Steam.

Following the news of the sequel Dragon’s Dogma 2, the first title has gained a number of players on Steam. It achieved a new peak of 6,582 concurrent players according to SteamDB. So far its highest concurrent player record was hit when the game was first released six years ago standing at 27,368.

No doubt this has been sparked by the news of the sequel is in full development according to Capcom. In case you missed it, Capcom held a 10th-anniversary digital event last week which showed a 12-minute video with the developer sharing some fond memories of the original game during its development. They then went on to announce the news that DD2 was in development, confirming many fan theories that they were working on the project. 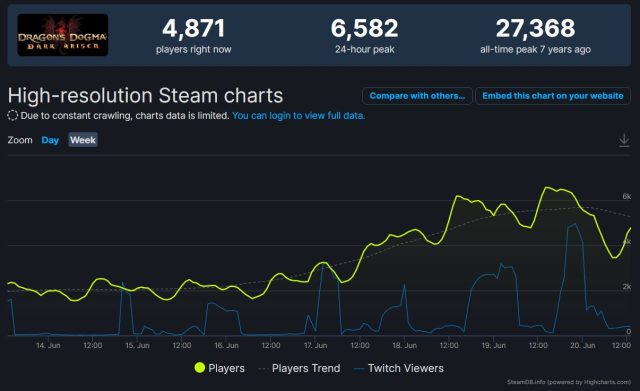 Dragon’s Dogma concurrent players peaked recently at 6,582 according to SteamDB. The highest it’s been since the original launch back in 2016.

The first title Dragon’s Dogma first launched on platforms Playstation 3 and Xbox 360 in 2012. It later came to Playstation 4 and Xbox One and PC. More recently Nintendo Switch in 2019. Dragon’s Dogma Arisen is an expansion and re-release of the original title launching in 2013.

If you are interested in picking up the first title be sure to take advantage of the sales with currently up to 84% off across platforms Playstation 4, Xbox One and Steam, that’s as low as $5. You can also pick up the title on Switch which is on sale for $10.

Celebrate the announcement of Dragon’s Dogma II by revisiting the first game, now 84% off! If you already own this classic game, why not tell a friend about it?

Dragon’s Dogma 2 is currently in development with no release window/platforms announced as of yet.