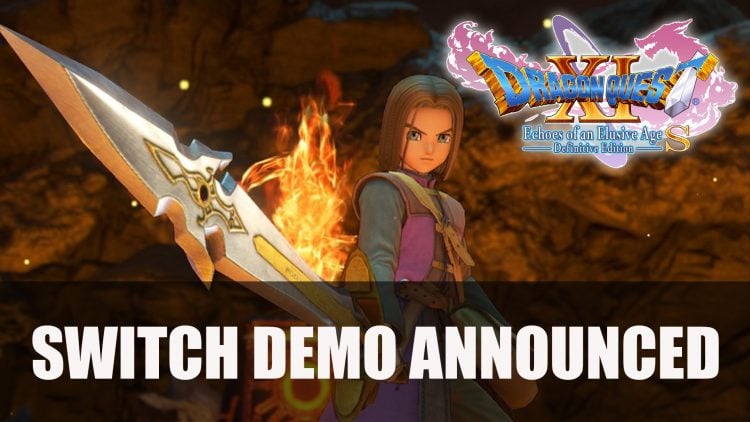 Upcoming Dragon Quest XI S: Echoes of an Elusive Age launch this September, but Square Enix have announced a demo will release before its launch.

Dragon Quest XI S to Receive Demo Before Its Release

During the Dragon Quest Summer Festival 2019 in Tokyo, Square Enix announced that Dragon Quest XI S: Echoes of an Elusive Age will have a demo for fans to check out before its release. The enhanced edition features the original game content but with character featured stories, a fully orchestrated soundtrack, and the options to switch between HD and the retro-inspired 16 bit graphics.

Those who play the demo will receive a “Skill Seed” bonus when they purchase the game, as long as they keep the saved data on their Switch.

Players will also be able to receive a premium hero card “The One Descended from Edrick [S]” for the free-to-play card battle game  Dragon Quest Rivals.

The developer also announced fans will be able to take a trip back to Dragon Quest X in the upcoming title, as this is one of the worlds they will have access to.

So far Square Enix hasn’t revealed when they will release the demo, but this is great news for those on the fence about purchasing the game, to get a taster. This isn’t the first time Square Enix has offered demos their Switch titles, they had a demo for Octopath Traveler.

Dragon Quest XI S: Echoes of an Elusive Age – Definitive Edition will release on the Nintendo Switch on September 27th.

For more news be sure to read next Rumour: Elden Ring Gameplay Footage To Be Shown Privately At Gamescom and Darksiders The Forbidden Land Board Game Details Announced.