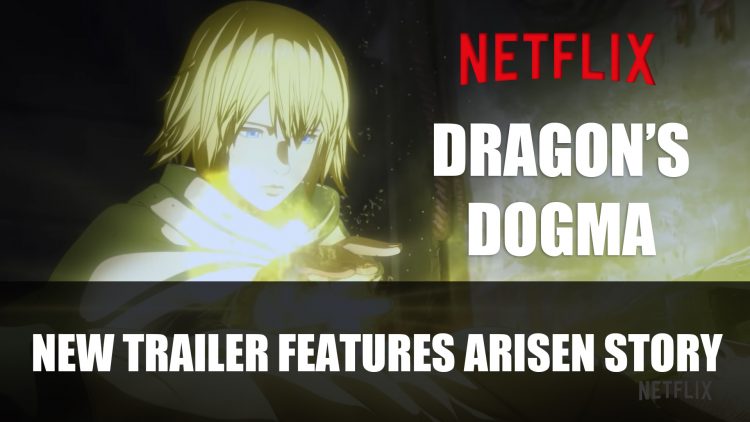 The upcoming Dragon’s Dogma Netflix series gets a new trailer before its September release date.

The new animated series Dragon’s Dogma which is set to launch on the streaming platform Netflix this September, has gotten a new trailer giving a better idea of the narrative of the series.

In this latest trailer key character Ethan wakes up to find his home town being decimated by a ferocious dragon and his heart gets stolen by it. Ethan vows to take revenge on the beast that has destroyed his family and comes across a number of monsters on his way to facing the dragon. There’s glimpses of a Hydra, Cyclops and a few more enemy sneak peeks.

So far from what has been revealed there are some similarities between the Dragon’s Dogma game and the series, I mean there is the dragon Grigori that has stolen a heart, Ethan becomes the Arisen, then has to hunt down the dragon. But the last trailer revealed some different characters as well. Ethan also seems to have a protector by his side which I’m kinda of imagining as his own pawn, maybe a Magic Archer? I’m really rooting for this series to be good, with it’s similar Castlevania animation style and hopefully a captive narrative to go with it, while still in keeping with what fans loved about the game. Maybe that’s too much to ask for.

Ethan and Hannah embark on a death-defying quest on Sep 17. ?

Dragon’s Dogma sets to launch this September, making it the third animated series for its publisher Capcom. Previously Capcom have had ties with Castlevania and Devil May Cry animated series. There hasn’t been much news since the reveal of the DMC series.

For more news find it here in Children Of Morta Adds Animals In Paws And Claws Charity DLC and Yakuza: Like A Dragon Releases November 2020.

One comment on “Dragon Dogma’s Netflix Series Gets New Trailer”