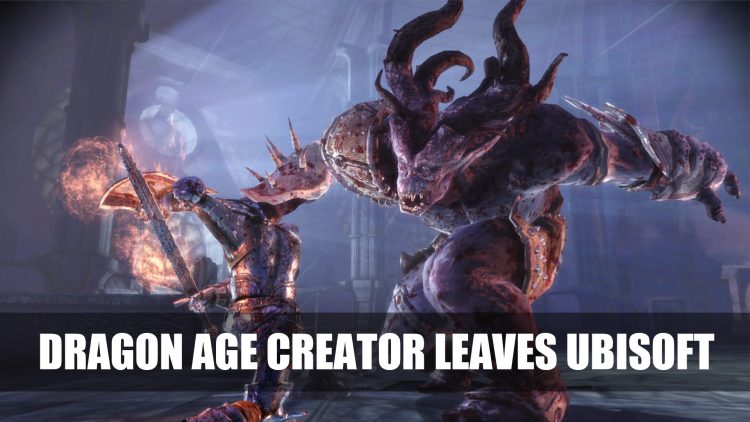 Creator of Dragon Age, Mike Laidlaw has announced his departure from Ubisoft.

Mike Laidlaw best known as creative director on BioWare’s Dragon Age series has announced he will be departing from Ubisoft. He has been with he company a little over a year, and previously worked on Assassin’s Creed Odyssey. Prior to Ubisoft, Laidlaw spend 15 years working at BioWare, working on the Dragon Age franchise as lead designer on Dragon Age 1, and then as creative director for later entries, as well as lead writer for BioWare’s Jade Empire.

As for what Laidlaw was working up until his announcement is still rather unknown, only details share was that it’s a new project with Ubisoft Quebec, once described as “exciting enough to make me move half way across the continent”.

Currently the only known project at Ubisoft Quebec in the works is Gods & Monsters which is an open-world action-adventure with a Zelda and Greek mythology influence set release on the next generation of consoles. But with “underperformance” from titles such as Ghost Recon Breakpoint and the Division 2, this has pushed releases including Gods & Monsters.

Laidlaw has yet to share where he’ll be going next, but it looks like he will be taking time to decide.

Quick update from me!

Today (Jan 31st) is my last day with Ubisoft. Huge thanks to the talented and welcoming folks at Ubisoft Quebec City for my time there.

Now to take stock and figure out what’s next!

For more news be sure to read next Playstation Remote Play Might Be Coming To The Nintendo Switch and for a roundup of recent news be sure watch/read our Top RPG News Of The Week: February 2nd (The Outer Worlds, Torchlight 3, Dauntless And More!). Want to know what games are releasing this February? Check out our Top 5 Upcoming RPGs Of February 2020 (KH3 Remind, Darksiders Genesis, Wasteland Remastered And More!).