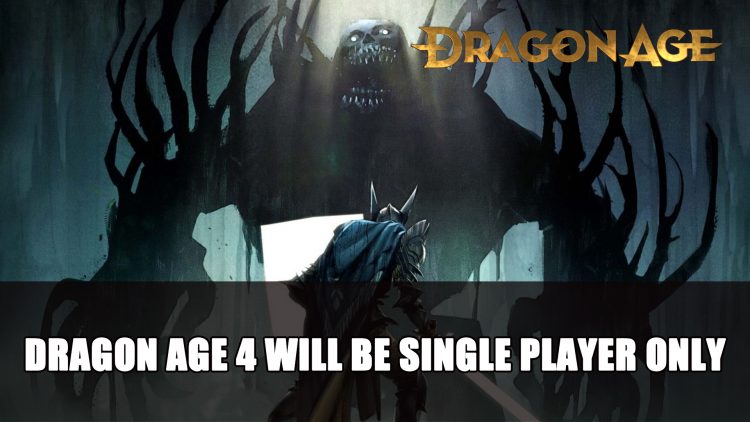 According to a recent report Dragon Age 4 will concentrate on single-player only content following Anthem’s failure.

This week BioWare and EA announced they would be cancelling the overhaul that was expected to come this year for Anthem, referred to as Anthem Next or Anthem 2.0. The game which was met with a lukewarm reception upon launch was going to receive an overhaul to “reinvent the core gameplay loop”. You might be wondering what this has to do with Dragon Age 4, well according to a recent Bloomberg report, because of this outcome for Anthem, the upcoming Dragon Age 4 game will ditch “all multiplayer components”.

The report shares that EA is allowing BioWare to not include multiplayer facets that were planned for the Dragon Age series. The company is forgoing the multiplayer aspect due to the success given for Jedi Fallen Order.

Co-op multiplayer mode has existed in the Dragon Age franchise before, with Dragon: Age Inquisition receiving a four player dungeon crawling mode, which appeared a stark contrast to its single-player roots.

In the report which claims sources at BioWare say the latest game “had previously been designed with a heavy multiplayer component” but has now been shifted to a “single-player only game.”

Previously is was confirmed by the Bioware: Stories and Secrets from 25 Years of Game Development book that Dragon Age 4 will be taking place in Tevinter.

Will you miss a multiplayer aspect for the next Dragon Age game? Or is this welcomed news for you? Let us know in the comments below.