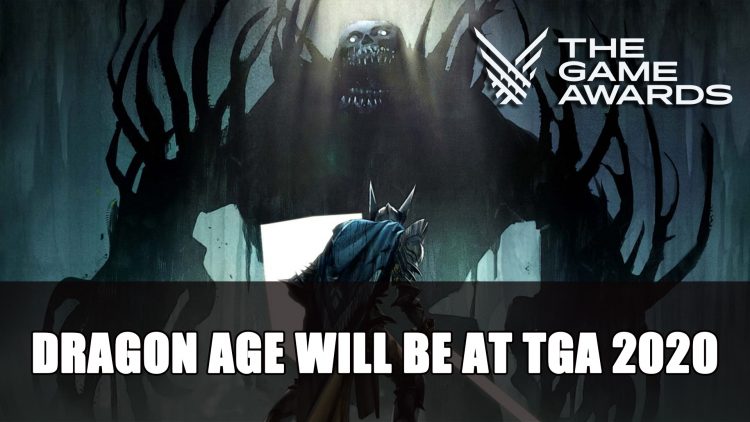 Geoff Keighley the producer and host of The Games Awards 2020 teases Dragon Age from Bioware will be there.

Just days away from the The Game Awards 2020 which promises announcements and reveals, another game added to the list is Dragon Age 4. Geoff Keighley the host of the online show, has teased that the game will be a part of the show this year once again. In his tweet, he confirms Bioware’s next Dragon Age entry will be at the show plus shared a new artwork image.

Exactly what will be shown at TGA is unknown. It was TGA 2018 when Bioware shared their announcement for the next Dragon Age game. From then on there has been bits pieces of news surrounding the game at gaming shows such as Gamescom 2020 showing the behind the scenes, and some brief shots of the game during the EA Play stream this year.

Don’t miss a special look at the next DRAGON AGE from @bioware during #TheGameAwards next Thursday. pic.twitter.com/zPKHWroH7i

But just last week, general manager of Bioware Casey Hudson and Dragon Age executive producer Mark Darrah both announced that they have left the studio.

Well friends, after nearly 20 total years with BioWare including 3 years as Studio GM, the time has come for me to move on and make way for the next generation of studio leaders. My full post on it here:https://t.co/aCcjiAR9bG

Some important, if sad, news from me:https://t.co/ogy01qpS4h

We have yet to see any gameplay, or maybe we will get more behinds the scenes or possibly an update of where the project is currently at. Previously during EA’s financial earning call in 2019, CFO Blake Jorgensen shared that it wouldn’t be until fiscal year 2022, at the earliest that we’d be seeing the release of the next Dragon Age game.

In the meantime you can check out the latest short on the official Dragon Age website called The Next One, which features the same artwork tweeted, that may give a clue or two for DA4.

For a roundup of recent RPG news find it here in Top RPG News Of The Week: December 6th (Elden Ring, The Game Awards 2020, Crimson Desert And More!).