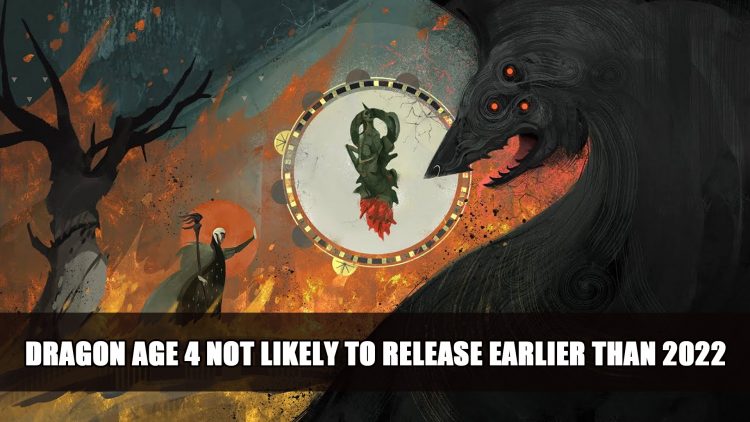 Electronic Arts share that Dragon Age 4 most likely won’t be releasing until 2022 at the earliest.

Dragon Age 4 Not Likely to Release Earlier Than 2022

Recently during financial earnings call an investor asked about the future of the Dragon Age franchise and what is next on the cards for BioWare. EA’s CFO Blake Jorgensen shared that BioWare were well underway on the fourth entry of the Dragon Age series but also commented it would be quite a while until we see it.

I mean you should assume that there is Dragon Age out there and we’ve talked about it publicly that it’s in the works, and it probably comes after fiscal ’22. But we typically don’t give multi-year guidance this early in the year or multi-year guidance period. So I don’t want to start giving ’23 guidance now that I’ve started to hit on ’22

EA fiscal year 2022 ends on March 31st 2022, and from this we can gather Dragon Age 4 is likely part of fiscal year 2023 meaning the earliest DA4 would launch is April 1st 2022. However, Jorgensen appears to share that this is still quite far away to predict the release time.

BioWare did share a teaser at TGA 2018 of Dragon Age 4, which shared the hastag #TheDeadWolfRises. Since then the lead producer who was on the project Fernando Melo has left BioWare this year.

For more news be sure to read next Immortal: Unchained Ultimate Edition Announced and Everreach: Project Eden Delayed To December For Xbox One And PC; PS4 Coming 2020. If you’re looking for some horror game recommendations for Halloween be sure to check out 5 Best Psychological Horror Games.