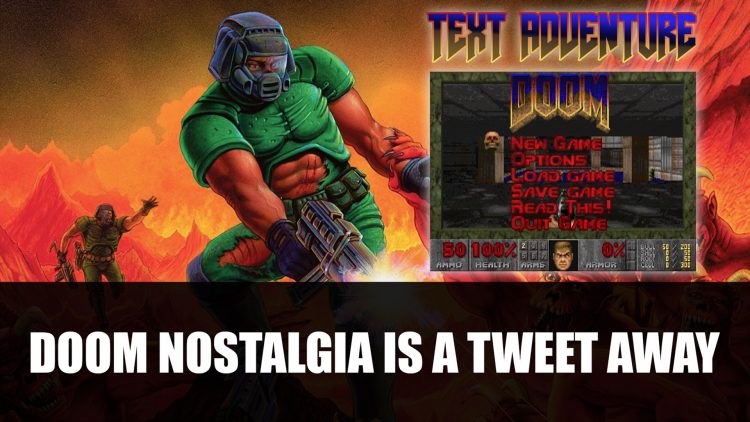 There are now even more ways to play the classic Doom title but this one is picking up speed with its use of twitter, turning it into a text adventure for the social media era.

It is December 1993 and in my 8 year old hands I hold a shareware copy of Doom 3D. Nothing could have prepared me for what would happen once I began playing that game; not the countless hours of Wolfenstein 3D I had already been playing for a year, nor any other game I had ever played.

Not until I played Knights of the Old Republic 10 years later would I ever feel the way I felt when I first played Doom. The moment the music started (At Doom’s Gate – Bobby Prince) in the first mission of Knee-Deep in the Dead, I forever became a gamer.

In the last 28 years, there have been many iterations of the original Doom, including a version you could play on your TI-83+ calculator, but this latest may just be the most novel way yet. 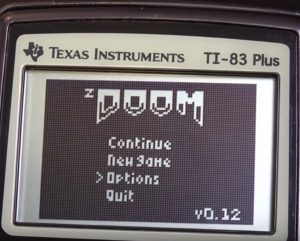 On October 2, the Twitter account @tweet2doom was launched by creator Georgi Gerganov @ggerganov, allowing users to play the original Doom via text strings. The tweet details all of the commands and information needed to begin your own Twitter playthrough of Doom.

In order to start a new game, a user would reply to the initial tweet with ‘/play x,,e,,e,,e,,50-,50-u,15-f,‘. After that, as long as the user follows the stated rules, they will begin to play Doom one prompt at a time, with a video reply (maximum of 1 video every 36 seconds) from the bot showing the last 10 seconds of gameplay.

⠀
ROOT node for Doom Shareware 1.9
Read the instructions in the images below.
⠀ pic.twitter.com/YszpiKnXEE

As Georgi, via his Twitter account, said, “It works like this: The bot receives a sequence of pressed keys (a command) through a tweet, simulates the actions in Doom (1993) and replies with a 10 seconds video of what happened. It effectively turns Doom into a text adventure game.”

The bot receives a sequence of pressed keys (a command) through a tweet, simulates the actions in Doom (1993) and replies with a 10 seconds video of what happened. It effectively turns Doom into a text adventure game.

As of the time of writing, users have already completed multiple levels of the game within their own twitter reply chains.

What do you think of this Doom gone text adventure? Have you given it a try? Where do you think you will be able to play Doom next? Let us know in the comments below.

If you’re looking for more gaming news be sure to check out next God Of War Heading To PC January 14th and Starfield’s Settled Systems And Factions Revealed In New Video.

Lord is a long time listener, first time caller. When he's not busy with his round the clock VP job, he can be found shitposting on the Fextralife discord.