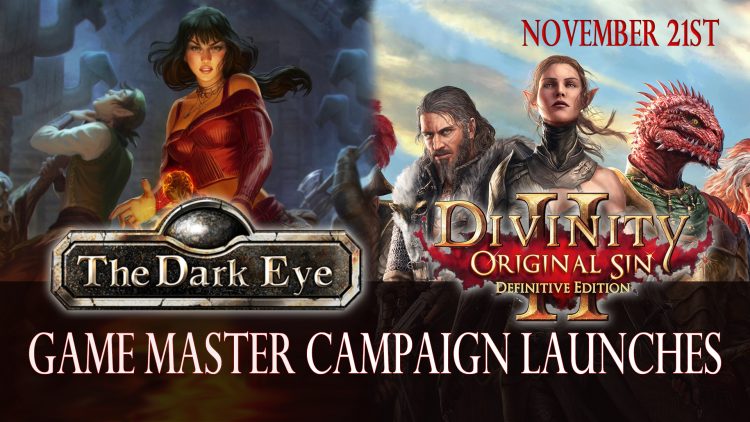 Larian Studios releases a new  Game Master Mode campaign for Divinity: Original Sin 2 set in the world of The Dark Eye. The developer brings the tabletop RPG into the gameplay strategy for PC on November 21st.

In a collaboration with the creators of the well known The Dark Eye tabletop RPG Ulisses Spiele, Larian Studios is releasing a Game Master Mode campaign that takes players into a new world. The campaign called the Prison of Shadow will allow fans of the Dark Eye universe to explore new adventures and perils with their party. In a group of three to five players, your bold party of explorers will take on a journey to the abandoned dwarven city where they’ll meet the cultists of the Nameless God.

The Game Master campaign will be part of an automatic update that will arrive for PC on November 21st and is created to suit both new as well as more experienced Game Masters and their teams.

You can check out Larian’s dramatic portrayal of the campaign players may face:

Divinity: Original Sin 2 is available to play on PC, Xbox One and Playstation 4. The new Game Master Mode campaign will launch on November 21st 2018 for PC. You can learn more about Game Master Mode for DOS2 here.