Many people have been waiting for the balancing patch notes for Divinity Original Sin 2 Definitive Edition and in this article we bring you just that. For all intents and purposes we are going to focus solely on the technical aspects of the game related to combat here, so this is for you hardcore min/maxers who want to know how your Builds have changed or what is new. These notes do NOT include all of the changes with the Definitive Edition, but merely those that have to do with balancing and mechanics.

Please keep in mind that these Patch Notes are based on an internal document I received from Larian almost 2 weeks ago, and that these are not “Official”, as all things are subject to change until confirmed by Larian. 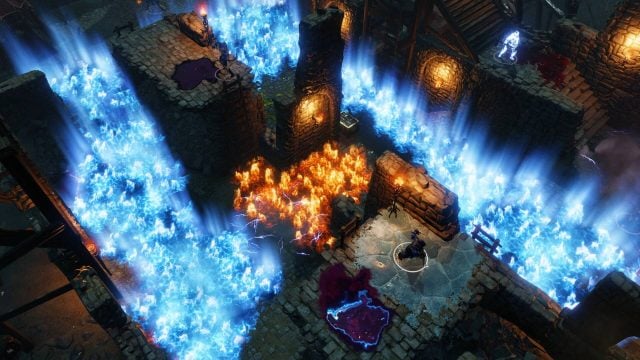 Larian has created such a great game, if your eager for the Definitive Edition, your wait is nearly over!

Unique items in Vanilla are too valuable. Their prices are now more in sync with legendary items of the same level, but still higher. Armor prices now reflect their utility. In Vanilla there is too much of a price difference on armor pieces that actually give a similar same amount of armour points.

In Vanilla, Arrow Storm, Hail Storm, Meteor Shower, Thunderstorm , Blood Storm and Ethereal Storm are frequently cited as “win” buttons that lead to one-shots. There was room for nerfing without making them any less fantastic.

Removed stat jump at level 13, slow down the curve by 3%

Revised Persuasion difficulties all across Arx

Persuasion in Arx is unproportionally hard compared to its result. We fixed that. This includes making Tagged Persuasion moments easier, which rewards tag usage.

Healing can damage the undead and characters with Decay. However, in that case, the damage dealt now also will receive bonuses from Warfare, and it can now crit if you have the Savage Sortilege talent.

Close to the end of the Vanilla game, bonuses on simple rare weapons are getting so high that they start overtaking unique weapons. We fixed this without making rare weapons less interesting. They still have bonuses but the curve was improved.

Burning, Poisoned and Bleeding are now applied on top of armor. This makes these statuses useful again once you don’t have armor anymore.

Added optional teleportation counter to items with Teleport use action

For Planar Gateway skill, we reduced the AP cost without opening the possibility of infinite turn exploit. We can do this because we now have a maximum number of teleport use action on items.

Currently Lone Wolves can increase attributes and combat abilities through soft caps of 40 and 10 points respectively. In Definitive Edition, this is blocked: double point bonus only brings points to the cap and not above it.

Totems now gain Intelligence points when growing in levels. This makes it so that the damage they deal follows the norm of the end game.

Made AI more likely to attack players that have damage reflection

It was still too hard to get AI to attack characters with reflection, which made it an aggro reducing stat instead of an offensive one. So we are now making this type of enemy more interesting to the AI.

High quality wands didn’t create surfaces anymore and that was a mistake. They totally should.

Some extra highlights from comments

Most players should be able to see from the notes that whatever Builds they prefer using are still intact. There weren’t really any “drastic” changes per se, so I think players will find things mostly the same, except Challenge which is just godly now! Summoning also got a decent amount of buffs and has performed extremely well in the Lone Wolf run that we are currently doing. If you haven’t managed to catch Marko and I yet, be sure you swing by our Twitch channel and do so!

I think the biggest change that Larian has made balancing wise is that they’ve tried to lessen the gap between Physical and Magic Damage types. They have buffed Physical Armour values on Tactician, and also increased the Dodge Chance of enemies, making Physical Damage less effective overall. Whether it’s on par with Magic Damage or still stronger is hard to say, as I’ve only made it a short way into Act 1. However, I’ve missed enough attacks now that I certainly feel the change, and am slightly anxious the later Acts of the game may be harder indeed.

Overall the changes should make for a better gameplay experience, and I’m especially excited to see that Warfare now affects healing damage, which if you remember is something we asked for in our 10 Changes We Want video! The sleeker UI, along with some quality of life changes and enhanced graphics are nice, but there are still a few bugs present (at least on console). All in all it’s a definite upgrade and I think players will be happy with it, I know I am!

Be sure to check out our other Divinity Original Sin 2 articles and guides!