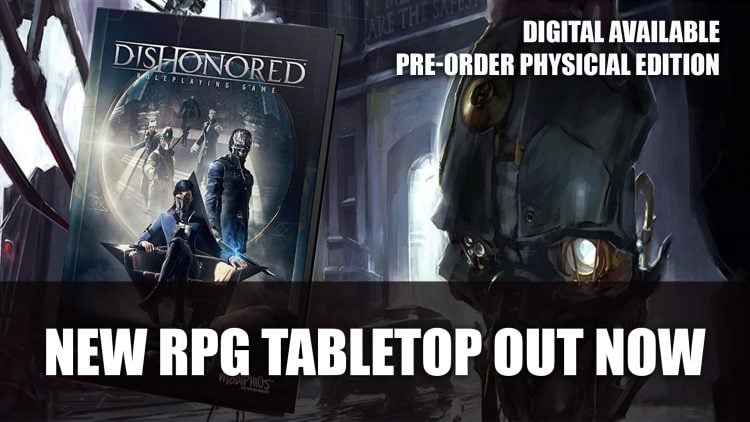 Modisphius Entertainment have announced they have launched the Dishonored: The Role-Playing Game and is now available for tabletop.

Dishonored: The Role-Playing Game is a New Tabletop Out Now

Dishonored: The Role-Playing Game is an adaptation of the Arkane stealth action-game based on the Dishonored universe, now brought to a tabletop setting. The RPG brings players “into the turbulent Empire of the Isles, to tell stories of occult lore, intrigue and drama,” where you will play the role of the Protagonists. You can choose from range of roles from “grim assassins and rugged criminals, to intrepid explorers and stoic crown loyalists”.

It tells the tale of the turbulent times of the Empire of the Isles, a mix of occult lore, intrigue and drama. The game explores the struggle of the people living there and provides an in-depth history.

The full rulebook for the tabletop is available in digital format for£15.00 GBP as well as a physical edition now available for pre-order for £34.99 GBP. Those who pick up the digital version will receive a discount code that can go towards the purchase of the physical copy once printing and shipping become available, which at the moment has been delayed. Shipments are expected to commence at the end of June for the physical rulebook. 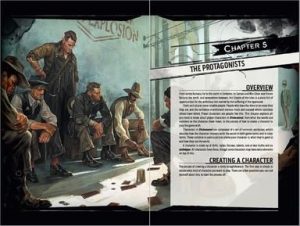 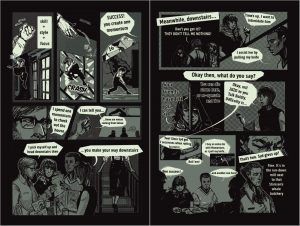 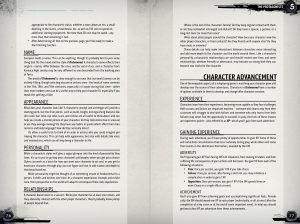 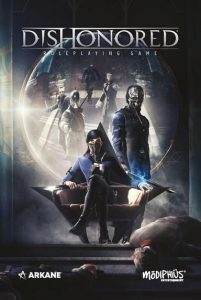 The rulebook spans 308 pages and features full-colour images and artwork inspired by the world of Dishonored. In addition, the rule book gives players all they need to know of how to play the RPG with friends. The book also includes the backstory of the Empire of the Isles and takes “an in-depth look at its history, its people and the struggles they face,” also there’s info on characters as well as antagonists and a four act campaign which introduces the world in “The Oil Trail”.

Dishonored the RPG is here! Explore Arkane’s Empire of the Isles, a world full of intrigue, mystery and adventure, with a print pre-order and PDF live now. Special offer for PDF buyers with a discount off the print book if you decide to buy later ! https://t.co/K0F1Jja47L pic.twitter.com/cwcox1weCL

Dishonored: The Role-Playing Game is available now in PDF version and available for pre-order for the physical edition. You check out the Modisphius official website to place your order.

For news be sure to check out next Final Fantasy 7 Remake Midgar To Get Expanded Setting Plus Final Details and Dread Nautical A Horror Themed Strategy RPG Releases On Consoles And PC Next Month.