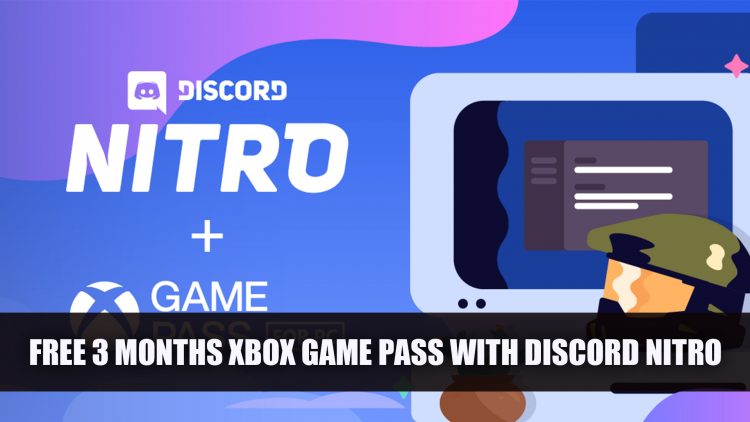 Discord and Xbox Game Pass are partnering together from now until November, meaning Discord Nitro subscribers can gain 3 months of Xbox Game Pass for PC for free.

If you’ve been thinking about getting Discord Nitro now it’s a great time to do so as Discord have teamed up with Xbox Game Pass on PC, to offer free 3 months. From now until November 17th (11:59pm UTC), all Discord Nitro subscribers can gain 3 months of Xbox Game Pass on PC for free. Discord Nitro costs $9.99 a month and also comes with a number of benefits such as a custom Discord tag, global custom emojis, higher video quality, server boosting, and more.

If you’re looking for a server to boost you can help the Fextralife discord server unlock some great benefits by boosting ours. So what more could you want? Help a great community and gain some awesome rewards in the process.

If you haven’t tried Xbox Game Pass before it offers subscribers over 100 PC games on Windows 10, you can also enjoy EA Play benefits which is coming in the holidays with no extra cost.

How To Claim Xbox Game Pass Code in Discord

In order to pick up this great offer, as long as you are a Discord Nitro member ($9.99), you can redeem a Xbox Game Pass code from the Discord desktop client or through the browser version from discord.com/login.

You must claim before November 17th from the Gift Inventory or you will miss out on the reward. This offer is only available to Discord Nitro subs, not Nitro Classic.

You can also check out quirky Fallout-inspired Action-RPG The Outer Worlds. Venture into sci-fi souls-like in The Surge 2, which allows you to slice off limbs to gain some awesome upgrades.

For a roundup of recent RPG news find it here in Top RPG News Of The Week: September 20th (PS5, Demon’s Souls, Hogwarts Legacy And More!) and don’t miss out on PS Plus Subscribers Can Access PS4 Classics On PS5 On Launch Day.