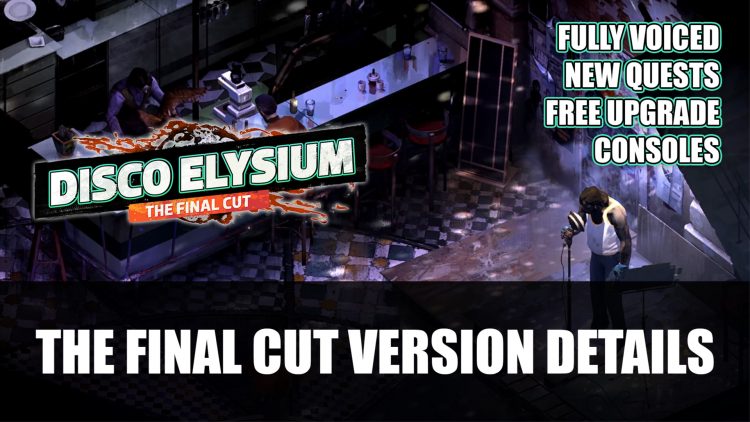 Developer ZA/UM has detailed the extra quests and additional content for Disco Elysium: The Final Cut.

Disco Elysium is debuting on consoles this year with the Disco Elysium: Final Cut version, which is also coming to PC as a free upgrade. Developer ZA/UM has now given more details about what the upgrade/new version will have in terms of content.

The ZA/UM writer and narrative designer Justin Keenan shared in an interview with Push Square that the Final Cut version will add four new sidequests, which will feature each one of Disco Elysium’s political philosophies:

We’ve added a few new things for players to discover here and there, but the heart of the new material are these political vision quests. These are four mutually exclusive quests, one keyed to each of the game’s four major ideological alignments.

The added quests are ones that didn’t make it into the original version of the game, but were planned and are now being added with this new version. While they don’t have “major baring on the game’s main storyline” they still carry some significance. Keenan explains “some introduce you to new characters, some come with new items, others permanently change your UI or some other piece of the world.”

One major addition with the Final Cut version is full voice-acting. The script for Disco Elysium was quite lengthy in terms of written dialogue, and now it is finally getting voiced in its entirety. It’s no small feat though, as they have three voiceover directors working full-time and dozens of actors all working to bring these lines to life.

For more news be sure to check out next Epic Store To Release Even More Exclusives In The Next 2 Years.