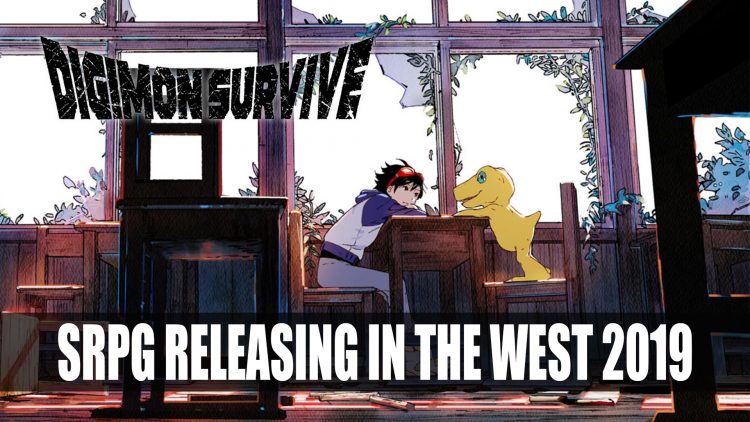 Bandai Namco recently launched their Japanese website for the upcoming survival RPG Digimon Survive. We now get confirmation that the title will be coming to the west with this new trailer, set to launch on PS4, XBox One, Nintendo Switch and PC in 2019.

It’s been 20 years since Digimon was originally released as a series, with news of a RPG game coming to Japan. Bandai Namco now release a new trailer for international release. The game titled Digimon Survive will follow the story of a group of teenagers, who get lost on a school camping trip. Taken to a world where monsters and danger ensue, they must fight together to survive. Mixing drama scenes with 3D visuals and battles in 2D, Digimon Survive takes on the classic SRPG style.

Check out the English trailer below:

We also get a look at some of the gameplay:

As it’s pocket monster rival Pokemon also announces upcoming games this year and a new RPG launching next year 2019, it will be interesting how both franchises do. What do you think of the news? Let us know in the comments below.

Digimon Survive will be making it’s way to PS4, Xbox One, PC and Nintendo Switch in 2019.

If you enjoyed this news be sure to check out more top gaming news in Top RPG News Of The Week: July 29th 2018 (Sekiro Shadow Die Twice, Immortal Unchained And More). You can also check out more Bandai Namco news in New Code Vein PS4 Gameplay Premieres Io In Action and Ni No Kuni 2’S Season Pass Content.