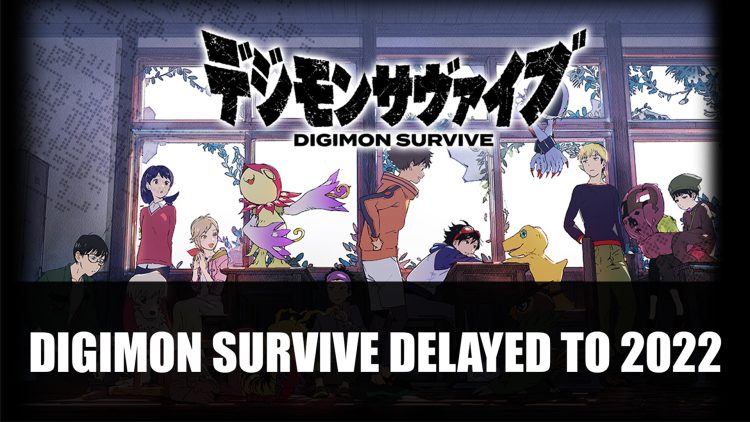 Bandai Namco and Toei Animation has announced Digimon Survive has now been delayed to 2022.

Bandai Namco has announced that the SRPG Digimon Survive has now been delayed from 2021 to 2022. The game was slated for this year to release on Playstation 4, Switch, Xbox One and PC via Steam.

Game Producer Habu Kazumasa shared they were thankful for Digmon fans for being patient, and they had decided to push the release date to “enhance the quality of the game”.

This isn’t the first time that the release date has been pushed for Digimon Survive, being first announced in 2018 in Japan with a 2019 estimated release date. However there has been little in terms of updates following. It was only in Summer 2019 when a dev diary shared details on the story, characters and gameplay mechanics, but then the release was pushed to 2020 due to the pandemic.

Digimon Survive will follow the story of a group of teenagers, who get lost on a school camping trip. Taken to a world where monsters and danger ensue, they must fight together to survive. Mixing drama scenes with 3D visuals and battles in 2D, Digimon Survive takes on the classic SRPG style.

Digimon Survive will now release in 2022.