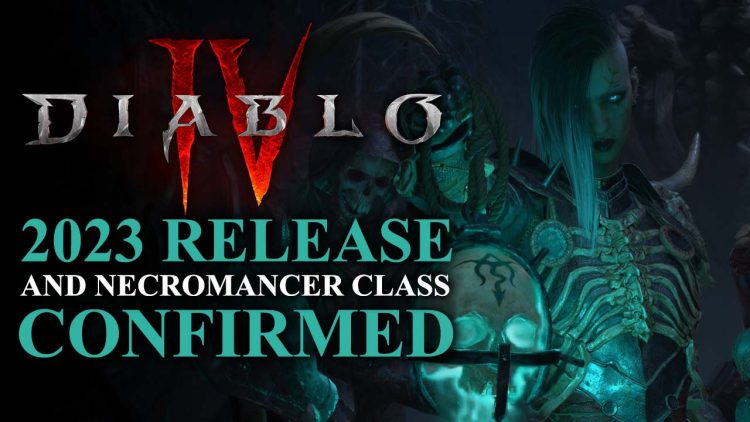 Diablo IV was one of the heavy hitters in yesterday’s Xbox and Bethesda Games Showcase. The biggest bombshells were that Diablo IV will be released in 2023 and the announcement of the Necromancer class.

In an unexpected turn of events, one of the trailers presented in yesterday’s Xbox and Bethesda Games Showcase featured an all-too-familiar corpse explosion spell. The footage featured a disciple of one of the “darker arts” of blood and bone. With it, the priests of Rathma were announced for Diablo IV. The Necromancer has been confirmed to be the fifth and final playable class for the upcoming ARPG.

The trailer also confirmed that the gates of hell will open up once more sometime in 2023. Time to sharpen our swords and ready our spells. Diablo’s return is upon us.

Let’s talk about releases. Diablo IV was confirmed to be released sometime in 2023. Confirming a year specifically (like Larian did for BG3) is a safe bet as they can technically target any calendar date. However, it is good news for fans that they will not have to wait too long anymore to be able to battle the forces of Hell. 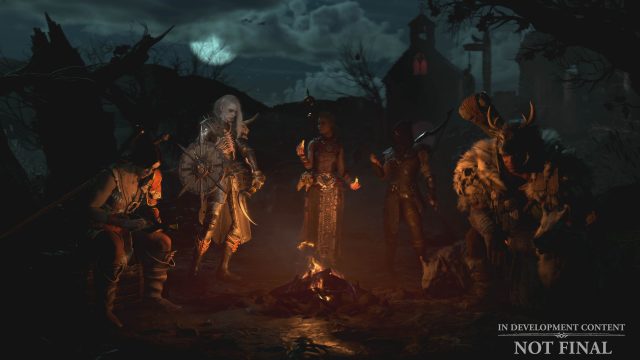 The Gang’s All Here

Also, PlayStation fans do not need to worry that the follow-up to one of the most popular hack-and-slash games will be locked into Xbox due to Microsoft’s acquisition of Activision-Blizzard. It is confirmed that Diablo IV will come out on Windows PC, Xbox consoles, and PlayStation consoles.

More interesting though is that the game is being built from the ground up with cross-progression and cross-play in mind. Want to slay some demons on your beefy PC? Go ahead. Switch to a more relaxed session on the couch? Sure, if you own it on a console. Speaking of couches, DIablo IV is also confirmed to have a form of couch-coop enabled for friends sitting beside each other.

Fans of the undead and summoning hordes of minions will feel right at home using Diablo IV’s fifth and final class, the Necromancer. Ever a fan favorite, the Necromancer has been in three games already thus far: Diablo II, Diablo III: Rise of the Necromancer, and Diablo Immortal. 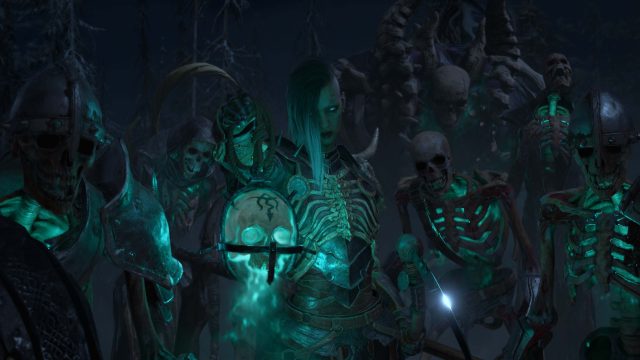 Rise of the Necromancer

When designing the Necromancer, the team at Blizzard intended to give a unique class mechanic that made playing a particular class extremely unique and stand out. The Necromancer will feel distinct compared to a magical Sorceress or a summoning Druid.

The Book of the Dead

The Necromancer will have access to what is called “The Book of the Dead” which will grant them “unprecedented control of their army”.

Our first iteration of the Necromancer had the minions just mindlessly follow and defend their creator. Diablo III’s Necromancer at least had a semblance of control for Skeleton Warriors as they could be ordered to attack or move towards specific points. 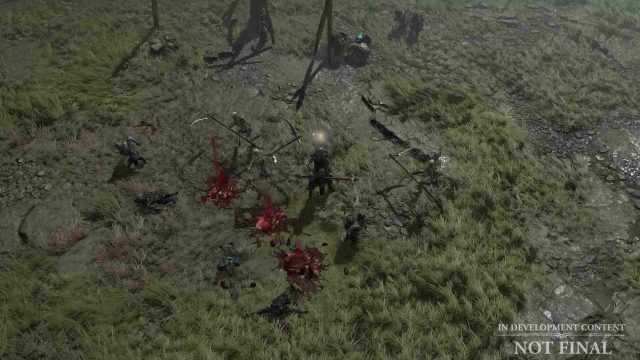 The Book of the Dead will hopefully bring about more control options. Perhaps minions could now be ordered to patrol an area or hold a specific point in defense. The team revealed that the Book will allow budding Necromancers the ability to customize their undead army.

Master of the Dead

Skeleton Warriors and Mages can be customized to take upon one of three distinct forms. The Skeleton Warrior, for example, can be turned into a Skirmisher, a Defender or a Reaper. Mages can specialize in Cold, Shadow and Bone magic. It’ll be interesting to see how a creature made up of magical bones makes use of bone magic. Talk about bone overload. 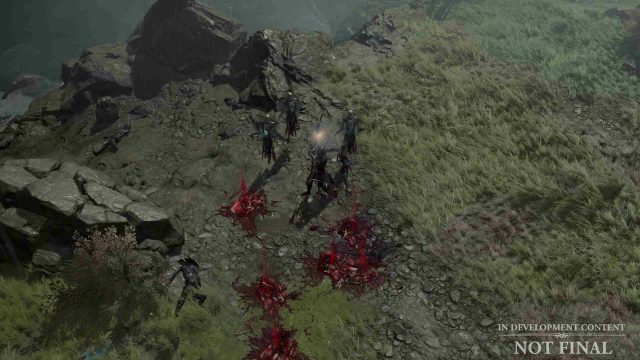 Lastly, the Necromancer does not need to have a group of shambling bones constantly shuffling behind him. For the more lone wolf types of characters, the Necromancer can even Sacrifice all of his minions, granting him many boons and buffs. The types of buffs received will depend entirely on the minion type sacrificed.

Player Choice and the Open World

More emphasis is being placed on player choice this time around. A detailed character customization menu will be available for the first time ever in Diablo. Players will be able to mix and match character genders, facial features, body types, tattoos, markings, and more. This will “allow people to play the fantasy that they want to play”, according to the Developer Showcase.

The World of Diablo IV will also be more open-ended and more choice-driven. It will no longer be a linear affair, as players can choose which direction and challenges to tackle first. As previously mentioned, there will be about 150 dungeons in the game. People who want exploration will definitely have a lot in store for them. 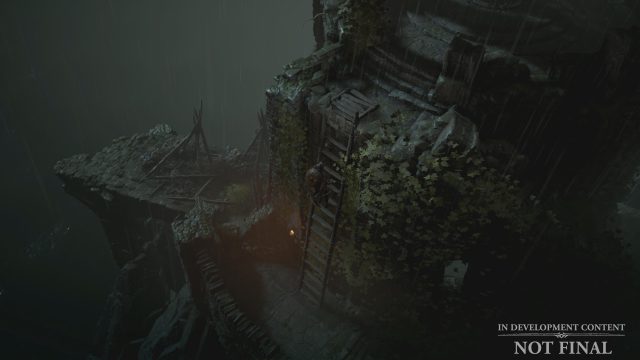 Freshly announced as well are Strongholds, a new location type in Diablo IV. These will be bastions that the forces of Hell have taken over for themselves. Clearing out and liberating strongholds will make permanent changes to the world. One perk of freeing a stronghold is that it can potentially become a new friendly player city. It can even unlock new dungeons to explore, deep within the Stronghold’s recesses.

Local Events are also a big thing in Diablo IV’s open world. These mini-quests are similar in function to Guild Wars 2’s Dynamic Events in the sense that they happen out in the wilderness randomly and anyone who passes by can participate (or ignore). Local Events can be as simple as random waves of monsters to complex, multi-player boss battles that take up the entire screen. 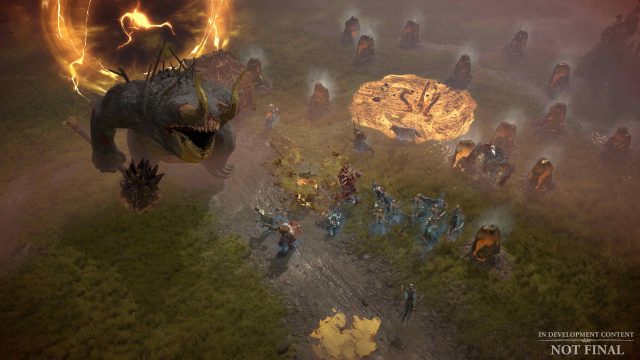 The Diablo IV team also intends for players to be able to easily group up with friends. Alongside the aforementioned cross-play, friends can form parties without any restrictions. They will not be limited to being within the same story chapter or level range, for example.

For the more bloodthirsty players out there, Mephisto the Lord of Hatred has got you covered. Being implemented are areas called “The Fields of Hatred” which are essentially open-world PVP zones. Players who want to take part in combat between their fellow man must first mark themselves as aggressive. At least if you don’t want to participate, you can opt-out.

In line with the rest of the Diablo games, reaching max level or finishing the last story mission is just the beginning of your demon-slaying journey. The world will be constantly evolving with new power spikes, new gear to obtain, monsters to slay, and dungeons to explore. 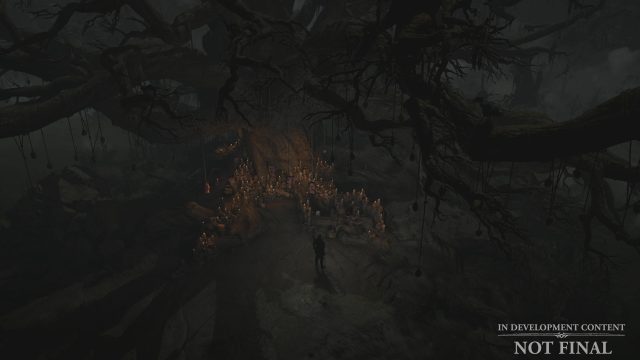 The Mysterious Tree of Whispers

Nightmare Dungeons seem to be Diablo IV’s version of the Greater Rift system in Reaper of Souls. These will be transformed versions of the game’s regular dungeons, but modified with added difficulty, enemy affixes, and different objectives.

The Tree of Whispers will ensure that players will always have a direction to follow. This will be your constant guide with different objectives that will change over time. Perhaps this system would be somewhat similar to Diablo III’s Seasonal Conquests. 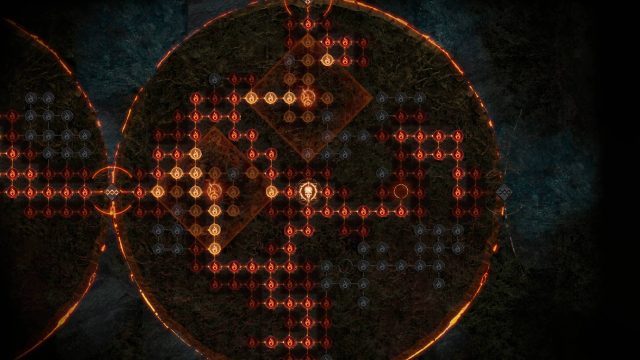 Lastly, the Paragon Board will be this extensive system for deeper character customization. While we haven’t explored this aspect of the game too much, we do know that it will be quite extensive. It will have different tiles, glyphs, sockets, and boards to allow flexible customization.

The Return of the Lord of Terror

Diablo IV is shaping up quite well. It is good news that the title will launch sometime next year and that it will have multi-console support and cross-play. Creating larger communities will always benefit the gamer.

For more news, check out Pentiment A Narrative Mystery RPG from Fallout: New Vegas Director, and The Last Faith A Soulslike Metroidvania Coming to PC and Consoles 2022.