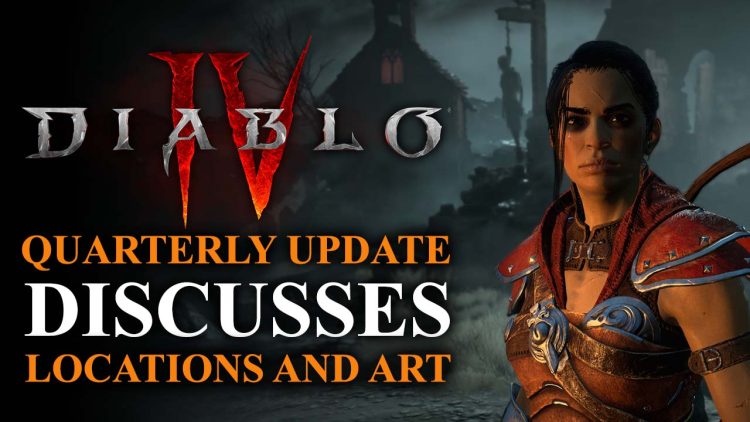 Diablo IV recently published its quarterly update on its official site. The focus this time around revolved around environmental art as well as the names of some locations.

Diablo IV is in constant flux, as it is still in its early pre-alpha stages. Their last developer update covered various systems including Legendary Items and Paragon Levels. This March update is focusing on the art that the team is using for the environments. Back in July, we featured a lot of art being used for the monsters and other creepy crawlies.

We will be visiting a total of five different regions in Diablo IV, along with “hundreds of dungeons”. Depending on how large a region is, we should be exploring Sanctuary for quite some time. Hopefully, one region would be more or less the same as one full Act.

The Dreary Art of Diablo IV

In order to create a cohesive world of Sanctuary in Diablo IV, the team is taking heart two specific ideologies. Namely, these are “old masters” and “return to darkness”.

The first paradigm refers to artistic styles done by figures such as Rembrandt. Specifically, this means the usage of detail, tone and colour to create a scene. The “return to darkness” pertains to how dark and gothic the earlier Diablo games were. Lighting and overall ambience come into play with this design philosophy.

It is the perfect blending of the two of these ideas that will create a believable, wholistic world of night terrors.

The World of Sanctuary, and Everything in Between

As always, the world is terrifying and filled with demons and the occult. Players in Sanctuary will be able to seamlessly roam in the gigantic world that the Diablo IV team at Blizzard are working on. Let’s take a closer look at some of the actual Locations we’ll be slaying demons in.

First up, we’ll take a look at the Scosglen Coast. Instead of sunny beaches, the Scosglen Coast is a cold, unwelcoming place. The land is built up from fishing, and the way the villages are structured reflects that. Bloated corpses and other bitter seaweed litter the ground. 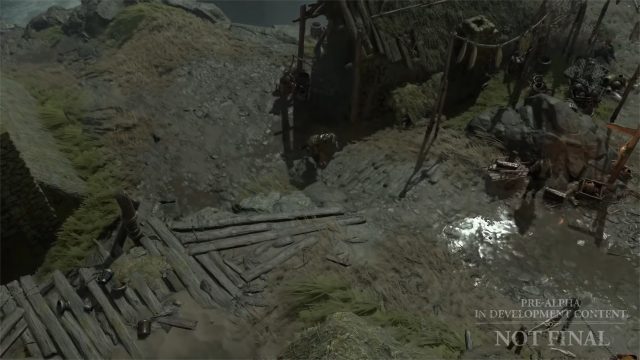 The team also uses this area to show the diverse ability of their weather systems. As mentioned earlier, the coast is cold and bleak. And the lighting definitely plays a huge part in this feeling. 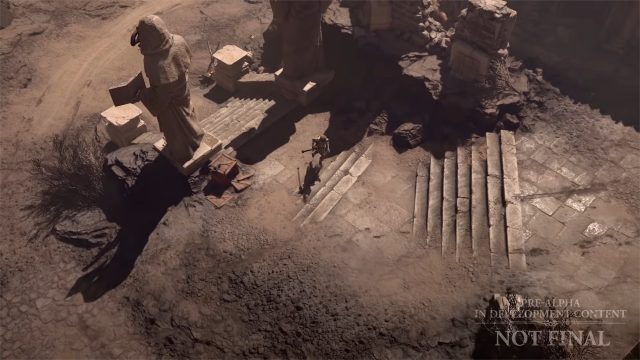 Kyovashad is a medieval city that lies on the fringes of the Fractured Peaks. This city is a refuge for travellers, and is heavily armed and well fortified to fight against the coming dangers. 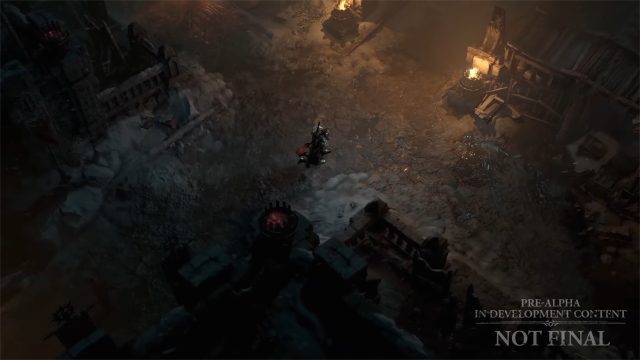 This city is also a great example of the work that the team is doing for shadows and nighttime settings. You can see the “return to darkness” philosophy definitely at play here.

The Everything in Between

Next up we have three possible dungeons where we’ll have the opportunity to loot treasure. But since the team is hand-crafting over 150 dungeons for Diablo IV, making them unique poses quite the challenge.

The Diablo IV team is breaking up assets into chunks, calling them tile-sets. It is these, along with the amazing lighting, weather and fog systems, that will enable them to create visually striking and distinct locations. Let’s take a look at what they’ve been able to create so far.

Forgotten Places in the World

Another example of Diablo IV’s “return to darkness” is the Forgotten Places of the World. This desecrated temple is an example of some Lovecraftian horror. It is filled with grotesque, distorted versions of reality. 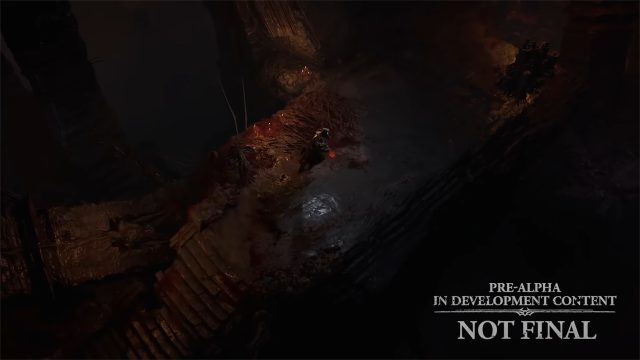 Forgotten Places in the World

No one in their right mind would attempt to cleanse this desecration.

As mentioned earlier, one way that Blizzard makes things unique is with lighting and tileset pieces. A perfect example of this is the Wretched Caves, previous home to some Druids. 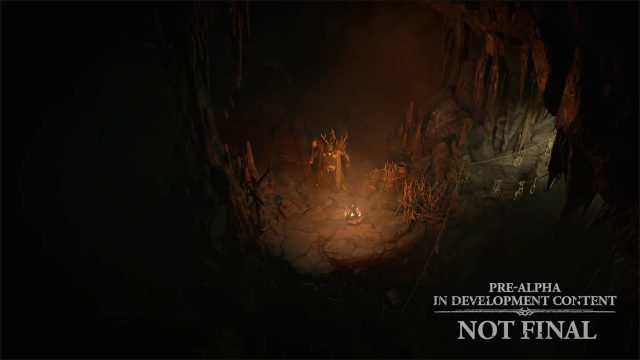 To be able to set this cave apart from the dozens in the game, this one has an eerie green glow to it. The Wretched Caves also have druidic artefacts and imagery scattered about its passageways, further cementing its theme.

Lastly, we have the Flooded Depths. This area actually makes use of several pieces from different tilesets. We start out in an area that looks like someone’s cellar. As the player explores and goes deeper in, it transitions into a flooded sewer system. 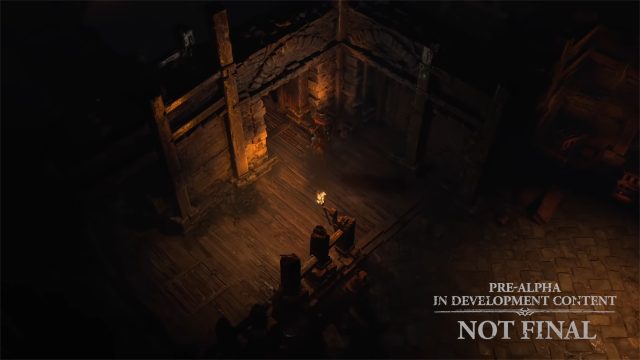 Check out how much Diablo IV has evolved! See the previous updates covering Legendary Items released in December 2021, Sound Design in October 2021 and Classes & Visual Customisation released in July 2021. Diablo Immortal is also still around, as they are changing the game based on player feedback. In fact, pre-registration on iOS has also been confirmed. We also have a Diablo IV Wiki with all the latest and greatest info on the game.

For more news, check out Scarlet Nexus Update Version 1.08 to Add Tales of Arise Crossover Items, Very Easy Mode; Plus Story Demo Available Soon and PlayStation Plus Evolves as It Adds Even More Value for Customers.