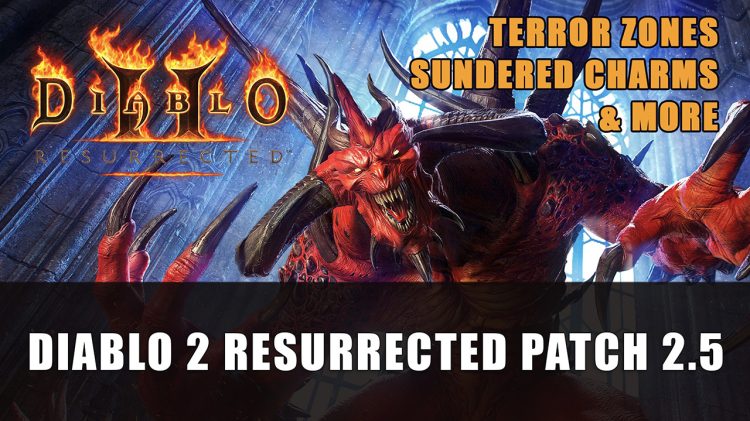 Blizzard are celebrating the one-year celebration of the release of Diablo II Resurrected with adding new Terror Zones and Sundered Charms.

It’s coming up to the first anniversary of the release of Diablo II Resurrected, the remastered version of the original 2000 ARPG. Heading up the celebrations, Blizzard are giving players a way to boost their levels all the way up to 99 while they access the Terror Zones, introduce Sundering Charms and quality of life improvements.

Welcome to the Terror Zone

The devs are giving “a larger population of players” much more than “repeatedly farming Baal, Diablo, and Nihlathak” according to their post. They also want to keep the level of challenge if they choose to, as the zones are purely optional. The Terror Zones are optional content but for those who are fearless can prepare for a tough fight.

In order to unlock this feature, players will needed to have defeated Baal at the difficulty level they are planning to play. Those who have already earned this achievement can dive right in. Don’t worry about accidently stumbling into one of these zones, as the game indicates what you’re about to be in for. Using audio cues, lighting changes and if that’s not enough to warn you an on-screen message will pop up.

Introducing six sundering charms that represent physical, magic, cold, lightning, fire and poison damage. Each of these new items are meant to help eliminate monster’s immunities to the individual damage type, changing the stats to a base 95% resistance before applying any modifiers. But be warned the charms have both a upside and downside, as they also lower the resistance of specific damage types of the user as well.

The Crack of the Heavens

Loot will only drop from champion, unique, super unique or boss-difficulty monsters, and only ones that are Terrorised. Effects will apply to pets and summons. Charms in general are a way to help players level up, as according to Blizz “only a minute portion of hero builds can successfully farm all zones in Diablo II: Resurrected”.

Alongside these additions are changes to the newest update that introduces Ladder Season 2, as well as quality of life improvements. For the full patch notes head to our Diablo II Resurrected wiki.