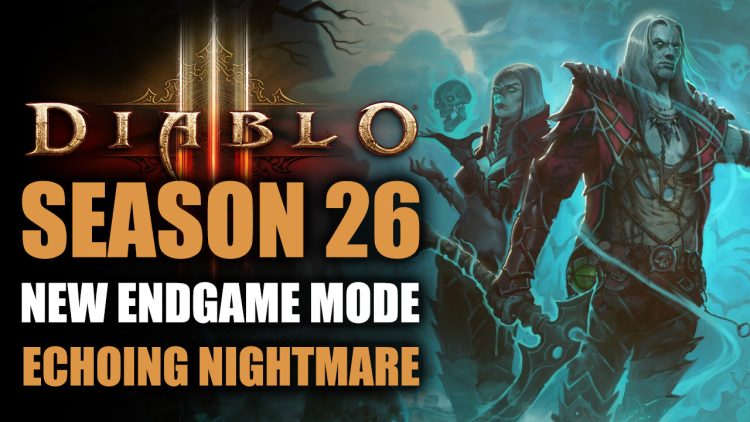 Diablo 3 is releasing Season 26 this April. With it comes a new endgame challenge called “Echoing Nightmare” and Patch 2.7.3.

Welcome, Nephalem to Sanctuary’s 26th Diablo 3 Ladder Season. The highlight and theme of this season is the newest activity the “Echoing Nightmare”. In this game mode, players will face off against waves and waves of enemies that constantly increase in difficulty. Unlike previous game modes in Diablo 3, the Echoing Nightmare will be an endless mode.

Survive as long as you can, Nephalem. Players will need to stay strong and stand their ground as long as they can until they are “Overwhelmed or defeated”. As with all seasonal content, the Echoing Nightmare activity will be exclusive to Seasonal Characters.

To be able to challenge the echoes of fallen Nephalem, players will first need to obtain a Petrified Scream. This is a new item that is dropped by Greater Rift Guardians.

The souls of heroes defeated in the eternal struggle against evil call for aid! Astute Nephalem will listen to the petrified screams of the dead, and find themselves attuned to the last agonizing moments of the departed. Will these Nephalem heed the whispers of atonement of fallen heroes and survive their echoing nightmare? Or will they be forever trapped, becoming just another fallen Nephalem? Only time will tell…

– Story of the Echoing Nightmare


Once inside the Echo, players will then face off against wave after wave of enemies that only get harder and harder. Another added difficulty is that enemies within the Echoes will not drop any items, gold, or health globes – the latter is an invaluable drop that helps the survivability of some characters. 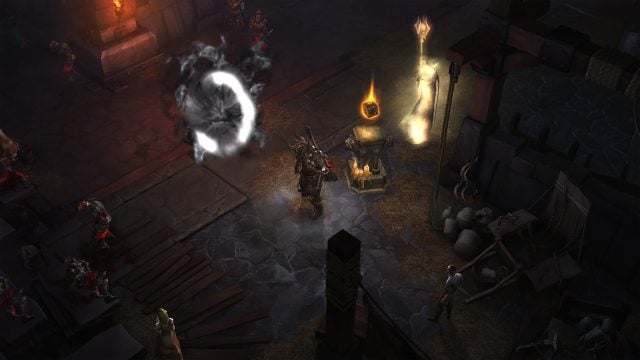 The Echo is also a dangerous place. Aside from a barrage of stronger monsters, meteors can also fall from the sky, raining fire and brimstone on hapless players. “Hellish Machinations” also spawn in this area, which summons suicidal Exploding Lunatics that will wreak havoc on anything that gets too near.

So, why would players want to subject themselves to such burning torture? For loot, of course! Depending on how well players did inside the Echoing Nightmare, they will receive the usual boon of treasures and experience points, but also get the new Legendary Gem, “Whisper of Atonement”. 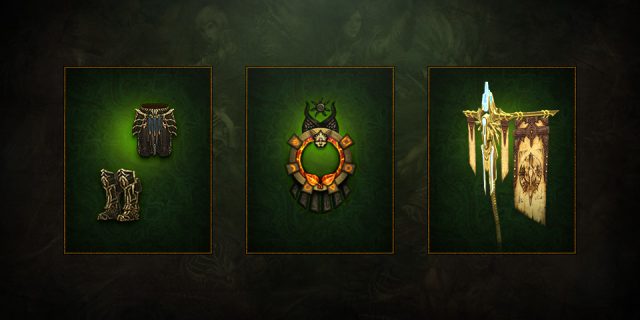 The Whisper of Atonement is a gem that can be used to Augment Ancient Legendary Items. Augmenting items is the process of imbuing them with additional stats, such as STR, DEX, or INT. Usually, the amount of stats from augmenting is small and reserved for min/max’ers but the Whisper of Atonement can drop up to Level 125, depending on how well the player did in the Echo. This could mean that the stat increase from using this Legendary Gem could be quite substantial.

Aside from the new game mode, players also have access to the usual Seasonal Cosmetics, stash tabs, and Haedrig’s Gift Set Items.

Like in previous seasons, players can obtain a full Class Set from Haedrig’s Gift. The gift can be claimed after players complete Chapters 2-4 of the Diablo 3 Seasonal Journey. Each chapter awards 2 set items out of the 6 total. Essentially, players will need to complete all 3 chapters to be able to get the complete set bonus. 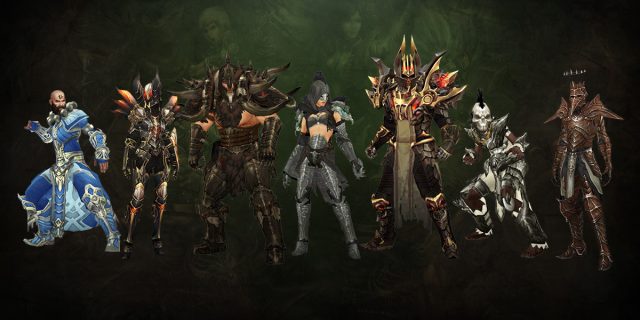 Below are the item sets that each class will obtain when they use Haedrig’s Gift:

Greater Rifts continue to be the most popular Diablo 3 endgame content added by the Reaper of Souls expansion. The team at Blizzard continuously takes player feedback into account and makes improvements where necessary. One point of improvement was the implementation of Greater Rifts. 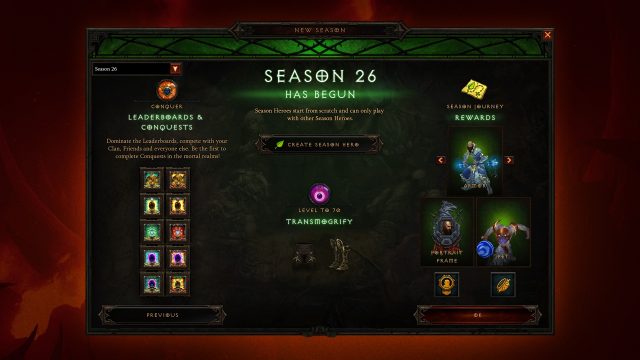 Overall, these dungeons of Diablo 3 are in a good place. They did, however, add a few locations and remove some of the less desirable ones. New maps are the Fields of Misery, Desolate Sands and Briarthorn Cemetery. The less popular maps that got the cut were the Sewers of Caldeum and the Hidden Aqueducts – both of which were extremely claustrophobic, linear and a chore to slog through.

Some specific monsters such as Guardians and Impalers will now grant more progression inside Greater Rifts.

Greater Rifts also have a chance to be considered what is called “Orek’s Dream”. Blizzard describes these areas as “dreamlike rifts” and will contain a set list of maps and enemies within. The Dream area will also have unique visual effects to further accentuate their difference from normal rifts.

All in all, there is little in terms of balance changes. The game is already quite old, so the game should be in a pretty good spot already. Only a few item sets and legendary items have been modified; some for the Barbarian and some for the Crusader. 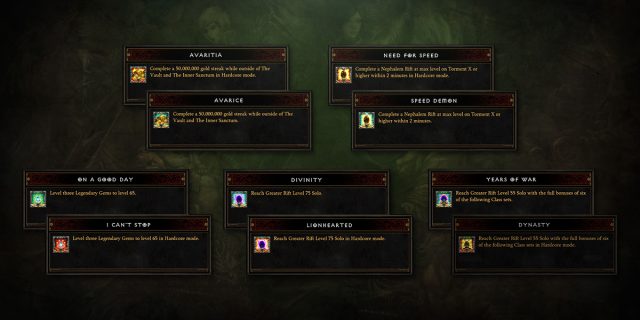 For example, the Barbarian’s Set Legacy of Raekor will have more synergy with the Furious Charge skill. The Crusader’s Thorns of the Invoker will also enhance Punish and Slash skills and cause them to deal damage based on your Thorns Damage.

For more news, check out Hell is Us is an Upcoming Horror Action Adventure, is a Mix of Death Stranding and Elden Ring and The Elder Scrolls Arena and Daggerfall Join Steam Following Bethesda PC Launcher Closure.