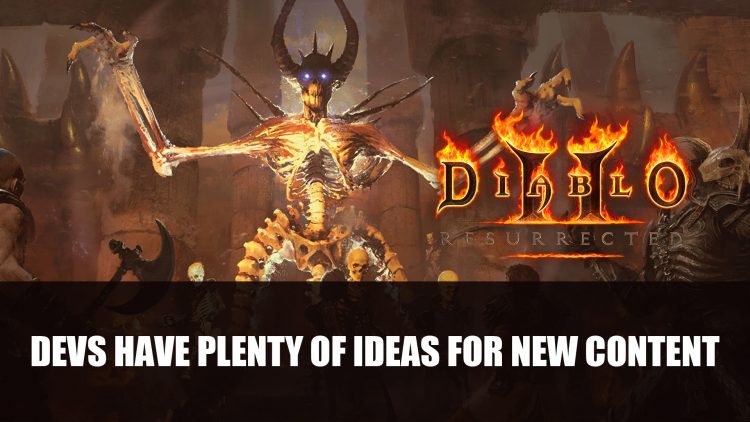 Developer Vicarious Visions has revealed they have plenty of ideas for new content for Diablo II: Resurrected which releases this week.

In a media interview (via Windows Central), studio Vicarious Visions design director Rob Gallerani and product lead Michael Bukowski shared more about the creation of Diablo II: Resurrected, also sharing a little about what might come in future for the remaster. Gallerani said that the team is currently focusing on the core game, but also have a few ideas of what the future may hold for the Action-RPG.

We wanted to build a really strong foundation before we started talking about the third and fourth floors on this building. If we misstepped on what the core game was, anything else we were doing would have been kind of meaningless. […]We definitely have lots of ideas, but right now we’re waiting to make sure that we get the core game right. […] We’ll have to see once the game goes live what we do about new runewords, new items, rebalancing, things like that.

While some of the changes will be launching alongside Diablo II: Resurrected such as revamped ladder seasons, multiplayer up to eight players, expanded stash and Classes more. You can also use the original save files for Diablo II with the remaster.

Diablo 2 Resurrected held its open beta last month and will be releasing this week. If you need some getting started tips check out our Diablo 2 Getting Started Guide & Tips (Skills, Stats, Stash & More). Be sure to drop by our Fextralife Twitch channel to check out the game with us.