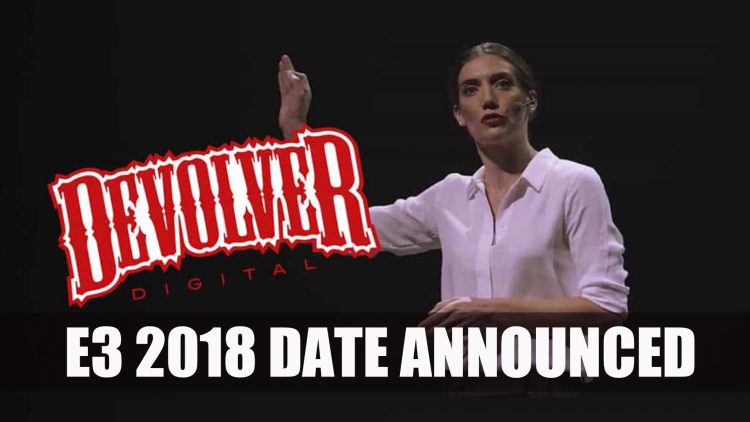 Devolver Digital shared they will be joining E3 2018 on June 10th at 8:00 pm PT via a Twitch live stream. In true Devolver style have called it their “Big Fancy Press Conference”.

If you missed Devolver’s last E3, you might want to prepare yourselves for this one as their press conferences tend to be a bit…controversial, aiming to shock and mainly just shock. Devolver Digital are behind games such as The Swords of Ditto and Absolver.

This year’s press conference will feature “real, actual game reveals” according to the latest press release. They also urge viewers to re-watch the previous press conference although if you’ve already seen it you probably haven’t forgotten it.

The Devolver Press Conference will take place on June 10th at 8pm PT at the Dave Lang Memorial Convention Center and will be live via Twitch.

For more E3 2018 news or rumours be sure to check out Rumor: Shadows Die Twice To Feature Prominently At E3 2018 and Square Enix Announces E3 2018 Plans For Streaming Event.