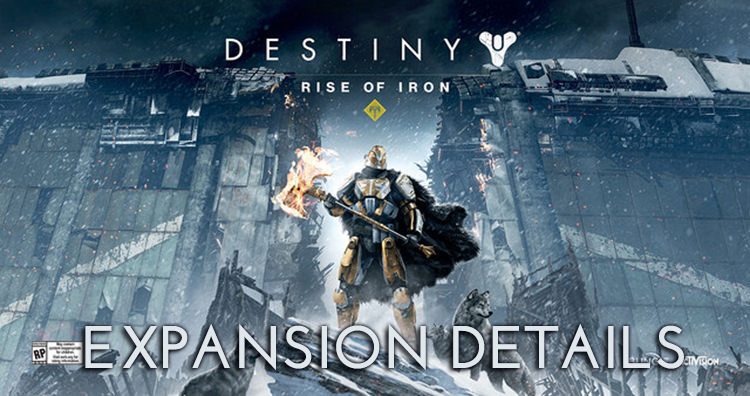 Bungie has officially revealed the newest expansion for their shared world RPG shooter, Destiny. Titled Rise of Iron, the expansion will come to PS4 and Xbox One only (sorry PS3 and Xbox 360 owners) on September 20 for a cost of 30 USD. It will require players own the base game as well as the Taken King and prior expansions.

Guardians must rise to the challenge to take their place as the next generation of Iron Lords. Along the way they will join forces with a legend from humanity’s Golden Age to defeat a plague of unstoppable evil once and for all. 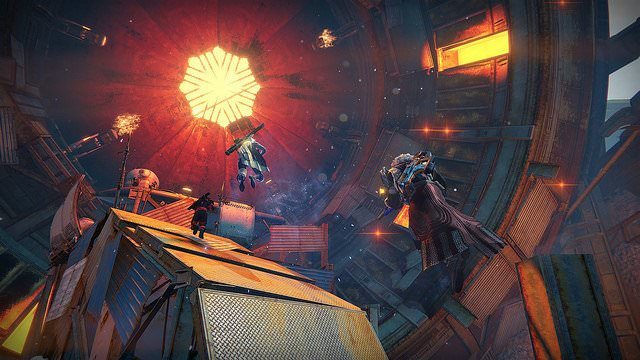 Rise of Iron will take place in an area known as the Plaguelands and will include a host of new content for dedicated and returning Guardians to explore such as: 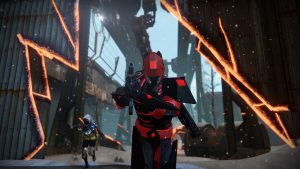 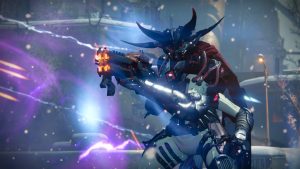 Guess who’s back? Gjallarhorn, baby, that’s who. Players who purchase Rise of Iron will be able to obtain the storied weapon. But wait! Those players who pre-order Rise of Iron will obtain a limited edition black-and-silver version of the weapon. Players will receive a quest that enables them to build the epic rocket launcher out of the armor of fallen heroes. 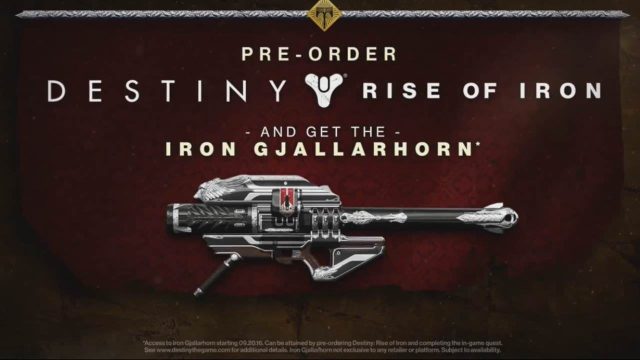 It’s been a quiet Year 3 so far for Destiny, but now we have something fresh to look forward to early this fall! No doubt we will hear more about Rise of Iron’s details at E3 next week, so keep your eyes and ears peeled for the more salient details. What do you think about the new expansion? Let us know your thoughts in the comments!