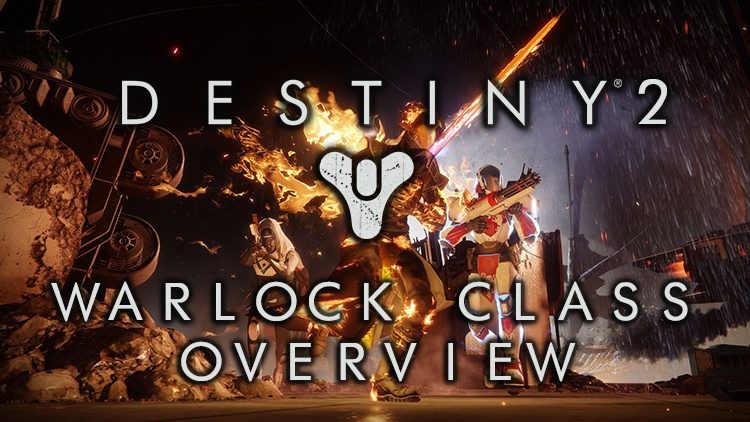 The launch of the Destiny 2 beta, for those who have preordered, brought thousands more players the chance to experience the latest iteration of what has been one of the most loved AND criticized franchises this generation. With the open beta on all consoles launching on Friday and a beta on PC to release some time in August, thousands more will get their chance to see if this is a game worth putting out the cash for.  While Destiny 2 at it’s core is mainly the same game, many changes have come to balance the game in new ways that will have some players happy and others frustrated.  You’ll be able to dive back in to the Destiny universe in Destiny 2, playing as your favorite Hunter, Warlock or Titan again this fall when it releases in September.

For all of the kinder-Guardians out there playing Destiny 2 for the first time, things won’t seem jarring at all.  Gameplay is smooth, dueling with guns feels familiar enough to pick up quickly yet unique enough to stand apart, and shooting bad guys is never something that people will frown upon.  For the veteran players out there however, some of Destiny 2’s minor and major changes will take a bit of getting used to.  There are some overall changes that might seem like a mistep to some but not all, and changes specific to each Guardian subclass that will take a little bit of experience and practice to get used to.  In this guide we will take a look at what you can expect from the Warlock Class as well as how its subclasses have changed. Be sure to check out our guides for the Titan and Hunter Classes as well. 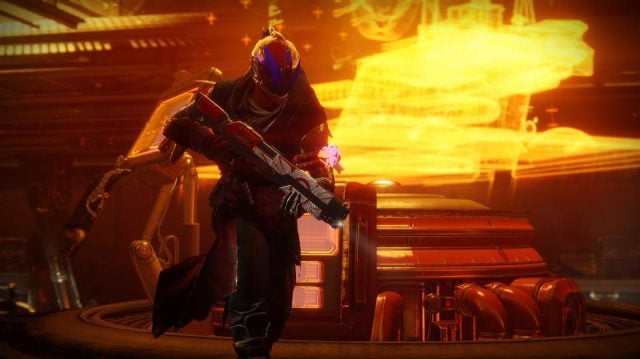 The first thing I noticed when inspecting my newly minted Guardian as I loaded up the Destiny 2 Beta was that there are no more stats with regards to Intellect, Discipline and Strength.  Gone are the days of finding that perfect set of tier 12 gear to get the best possible balance for your play style.  It seems that Bungie has opted to make most of the alterations to Destiny in favor of leveling the playing field and equalizing things for everyone.  Replacing the Intellect, Discipline and Strength stats are now:

These stats can all be adjusted to fit your play style depending on the armor you have equipped.  Each piece of armor except your class armor (i.e. Hunter Cloak, Warlock Bond or Titan Mark) can change the amount of increase you get to each stat so play around a bit until you find a configuration you like.  Some might find different configurations are more suited for either PvP or PvE.  It’s also worth mentioning that the spot that had previously housed your guardians “artifact” is now gone and is replaced by a lock that will display your Clan Banner.  These are inaccessible in the beta.

Another modification to how you will use your guardian in Destiny 2 is how your weapons will change your gameplay.  With the addition of a couple of new weapon types, and changes to where weapons can be slotted in your inventory, you’ll have to make some wise decisions as to what your loadout will be given that there will be certain activities where your loadout will be locked once selected.  A huge change to the weapons your guardian uses is that there are no more random rolls for the weapons.  In Destiny 1 all weapons except for exotics could be rolled with different stats that could drastically change a weapon, from its range or ammo capacity, to weather or not you land a precision kill shot would cause your enemy to explode.  This has been cast aside in favor of a more balanced approach.  Each unique weapon will have the same stats the first time you obtain it as the hundredth time you do.

Now that we have the general base line changes laid out, let’s see how the Warlock Class and its Subclasses look in the new game.

Warrior-scholars of the Light, a Warlock’s mind is an arsenal of deadly secrets. On the battlefield, those secrets can shatter reality itself. The Warlock is perfect for the support oriented in your group, or the odd one who just likes magic and playing with fire.

Here’s a breakdown of the skill tree for the Dawnblade, the new Warlock subclass. 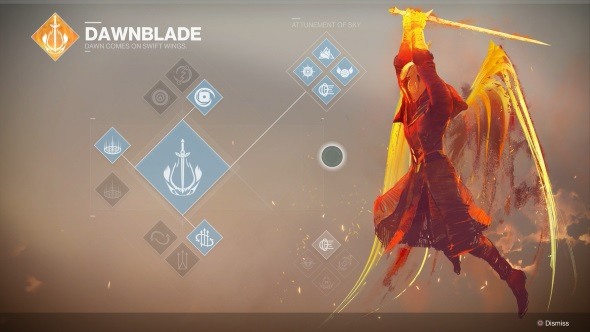 Attunement of Flame (Note: Not available during Beta)

The Dawnblade is the new solar based subclass for Warlocks.  You quite literally become and angel of light that wields a fiery sword of flames.  Perhaps the most unique of all the new subclasses, Dawnblade has situational use at best in my opinion.  But what Dawnblade might lack in usefulness, it makes up for with style!  It’s easily the most visually striking of all of the subclasses.  I must admit, gliding through the sky hurling down fire blasts from a sword looked pretty cool and was pretty fun even if it had minimal affect at times.  Dawnblades class ability is a redeeming perk however.  The Warlock can create rifts, one for healing and one for buffing damage.  I’m sure this will be used to dispose of bosses in speed runs from strikes and to prevent Guardians from dying in the Crucible.  Aside from looking cool, the Dawnblade has one perk that none of the other classes have and that is the ability to fire weapons or throw grenades while gliding through the air. 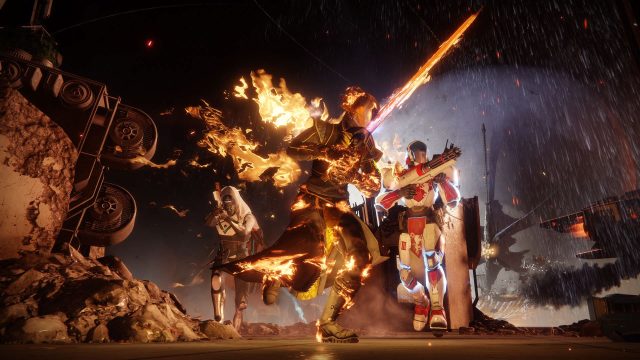 Here’s a breakdown of the skill tree for the Voidwalker which is returning from Destiny 1. 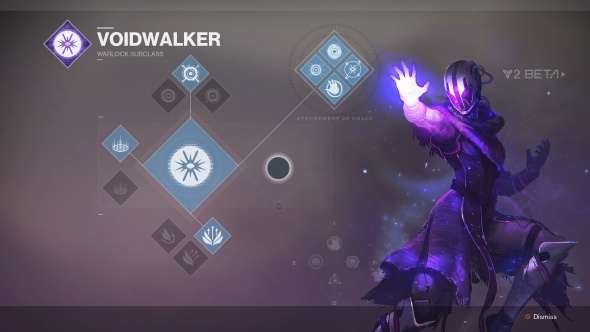 Attunement of Hunger (Note: Not available during Beta)

The Voidwalker subclass is the one who received the least bit of change.  But hey, if it isn’t broke, don’t fix it right?  While not as useful in PvE as some of the other Warlock classes, the Voidwalker is absolutely dominant in PvP.  With the addition of the healing and empowering rifts, I’m sure we’ll see plenty nova bombs being thrown around in the crucible. 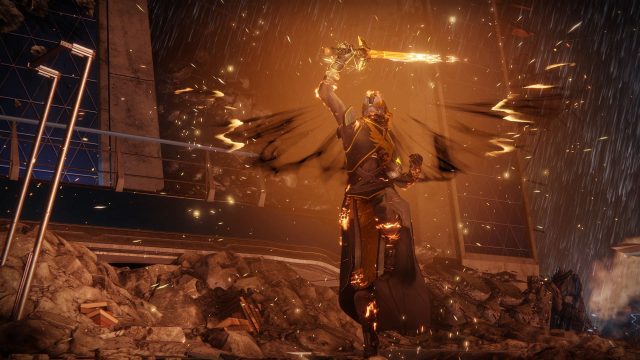 The Warlock Class and its Subclasses have introduced some freshness into Destiny 2 without totally leaving long time players scrambling to adjust. Thoughts on how the Warlock Class has come along? Too many changes? Not enough? Share your opinions in the comments.