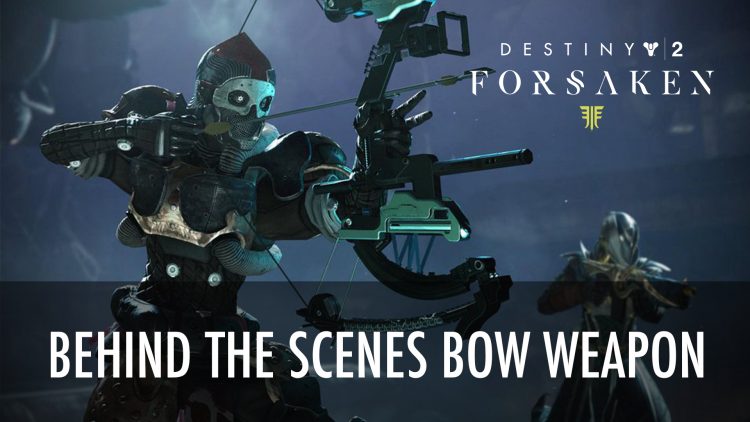 Destiny 2 recently announced they would be adding a new weapon to their arsenal, a bow which will be joining in the next expansion Destiny 2: Forsaken which launches later this year on September 4th, 2018. In this latest video, they share what went into adding this new weapon and the inspiration behind it.

There are lot of changes heading to the next expansion, one of them is the added bow weapon. In this behind the scenes video, the Destiny 2 team share how they implemented this new weapon for their upcoming expansion Forsaken. It’s not an easy task to make a weapon both life-like and have real gameplay ability. Not only did they have to test out real bows in order to get a real feel for the in-game version, but they took to the shooting range to get a better understanding.

Check out the video below for look at the inclusion of this new weapon addition:

Destiny 2: Forsaken is set to launch later this year on PS4, Xbox One and PC on September 4th, 2018.

If you enjoyed reading this article be sure to check out Destiny 2’S New Expansion Forsaken And V2.0 Arrives September 4th 2018 and for more RPG news find it here in Top RPG News Of The Week: E3 2018 Sekiro, Fallout 76, Cyberpunk 2077 And More.