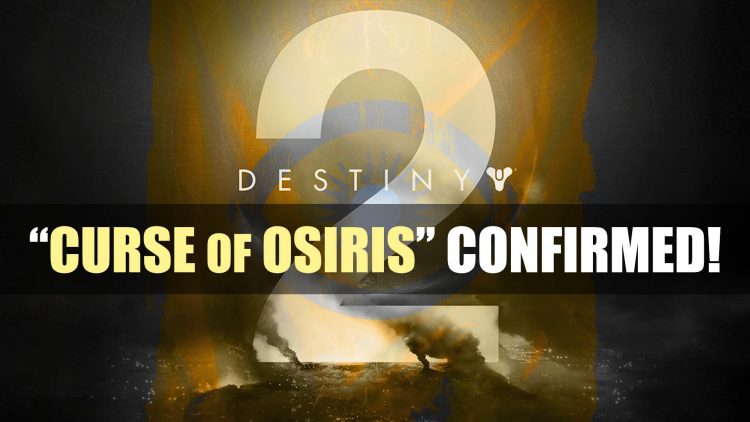 Previously, a leak from the Xbox Store revealed details for the first expansion coming to Destiny 2. It is now confirmed to be real.

Bungie’s Marketing Director Eric Osborne, has come out on Twitter and confirmed the details of the leak but did not share any info regarding a release time-frame.

Below, you can read the description as well as the details leaked for the DLC coming to Destiny 2:

“Destiny 2 Expansion I: Curse of Osiris continues your Guardian’s journey with all-new story missions and adventures set in a new destination, Mercury.

Journey through time and space to learn the secrets of Osiris, avert a dark future, and rebuild the ties between the legendary Warlock and his greatest student – Ikora Rey.”

The listing also includes a number of features that players can expect to experience when the DLC finally launches:

Also, you’re in luck! If you’ve been having trouble, we can help you attain ALL of the Exotics in Destiny 2!

Destiny 2 is currently available on the PS4 and Xbox One. While the PC platform will launch in retail stores and on Blizzard’s Battle.net on October 24th, 2017.

In other Destiny 2 news, Bungie has released a list containing known issues plaguing players which the developer is working on fixing.

If you’re entirely new to this whole Destiny 2 thing, check out this 101 Guide on “what Destiny 2 is” and this launch trailer to get a good idea.

If you’d like assistance on the Achievements or Trophies for the game, let us help you!