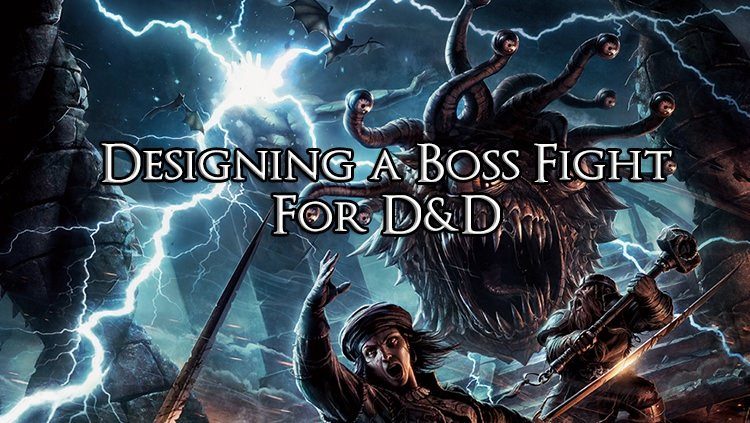 I draw inspiration from a variety of sources. My upcoming D&D 5e campaign was inspired by the phrase “to challenge the sun,” which is the title of the first episode of Full Metal Alchemist. I didn’t realize the phrase’s origin until I was about a third of the way through its design.

Vampire Lord is a card in Duel Monsters, aka YuGiOh. I know this because I used to play it. And Vampire Lord was always one of my favorite cards. The art looks neat viewed from afar, and the monster’s ability to come back from the graveyard made it pretty useful.

So vampire lord Abner was originally just “vampire lord.” A title. Not directly related to the Yugioh card. Even calling Abner inspired by the Vampire Lord card is a stretch, because D&D shares very little with a children’s card game. But that was the first of Abner’s roots. 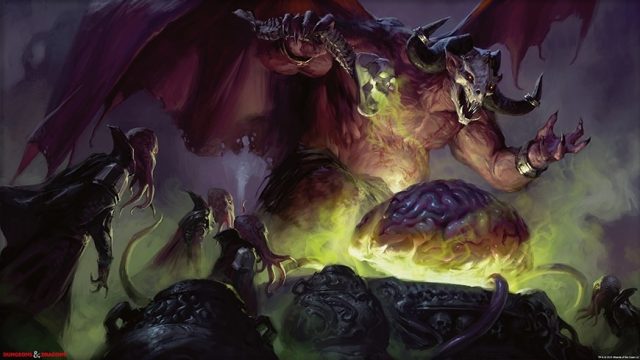 I tried to imagine what it would be like to be a vampire lord. Lonely, right? You can’t make many friends. I toyed with the phrase lonely at the top. That was Abner’s second root. It’s why he is found literally at the top of the palace alone.

Then I had to know why he was lonely. But first I had to figure out a way to break down the fight into 3 phases. I can’t go without mentioning The Angry GM’s most excellent Return of the Son of the D&D Boss Fight, which has majorly influenced all of my boss encounters.

I knew I wanted the threat to escalate over the course of the fight. The most organic (and justifiably tropey) way to do that is to make the opponent underestimate the characters for the first portion of the fight, then take them seriously, then go “berserk” for the last leg. I had decided Abner would be a duelist type of character, so the most natural way for him to operate would be a sword-and-shield fighter first then a dual-wielder second.

But what about the last portion? I can’t exactly make him a triple-wielder. Also, what would separate Abner from Joe Shmoe Fighterguy? 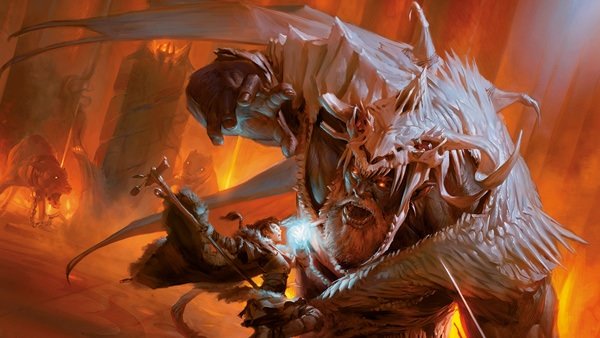 When I get to designing an encounter, sometimes I just have a weird out-of-the-blue hook, like with Abner (the title “Vampire Lord”). Sometimes there’s a specific mechanic I want to explore, or scene I want to craft – like a Shadow-of-the-Colossus type encounter – or a story element/theme I want to delve into. I start from different points and work on different things, like stat blocks or backstory, at different times. Sometimes I get to tackle multiple sides of the coin with a single element. That’s what happened here; more later.

By the time I got to thinking about phase 3 I had decided our new favorite vampire would be obsessed with swordsmanship. I had a scene in mind, where his strength was so great and he hit with such force he’d shatter his blade against an opponent. Real brutal stuff. When he did, he’d need to replace it. That required him to have hundreds of swords at his disposal, built right into the boss room. 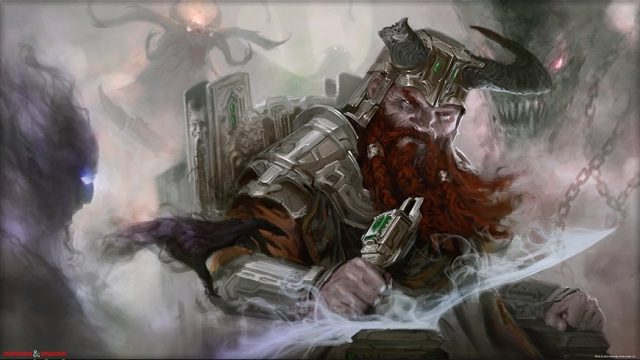 What are the story implications of this scenario? A man who ruins painstakingly-crafted weapons, disposes of them and summons a replacement without guilt or remorse – what kind of person is that? A picture of lonely lord Abner was beginning to form in my mind.

I needed Abner to be a sympathetic, 3-dimensional character. In the “power pyramid” of my 1st to 11th level campaign, there’s the Big Bad, followed by a tie between Abner and two other bosses, followed by enemies that answer to one of those 4. He is a Big Cheese that commands a faction and will be fought at 9th or 10th level. He had to have a solid personality with his own strengths, flaws and motivations.

So Abner is using up and tossing aside his weapons, he’s intent on mastering every blade in existence, and he’s in need of additional damage during his final phase. Given those constraints, here’s what I came up with.

Abner turned his wife into a sword when she cheated on him.

Sometimes inspiration gets weird. I have no idea what prompted this to spring into my head. But it fit all my requirements to a T. A sword that moves at the command of Abner? Yeah, that’ll do additional damage. A reason Abner doesn’t want to use it except in dire circumstances? Also yes; she cheated on him and he hates her for it, but at the same time doesn’t want her to come to harm. A reason for his misuse of weapons even while he’s obsessed with mastering them? Done and done. Abner’s Lady was unfaithful so he trapped her soul in a magic greatsword. That also dealt with the loot question. 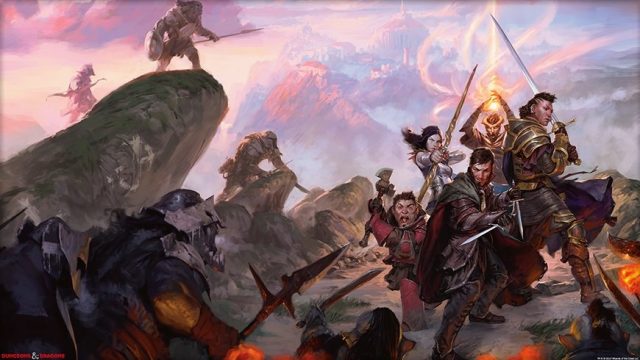 Then we make sure the story is clear and concise but not in-your-face. Make the thrones face a painting of her. Connect the painting with the greatsword (she wears a bracelet in the painting and a jewel from the bracelet is embedded in the sword’s hilt). Attentive player characters would get it.

It was relatively simple mechanics decisions from then on out. I gave an ordinary vampire several levels in Fighter. Anytime he used a maneuver that added a superiority die (1d10) to his damage he would need to use a bonus action to telekinetically retrieve a sword from the wall. That made it so he couldn’t do additional damage from superiority die as well as hit 4 times in a single go (another option he had when dual-wielding). Allowing him to do both in the same turn would have been problematic from a damage per round perspective, and I needed to make absolutely sure that on average he was dealing damage appropriate for a CR11 encounter. Damage per round wound up landing as follows:

Damage increased significantly in his last phase, which is intended. He won’t spend long in his last phase because Abner’s wife Lillith will kill him when he get below a certain amount of HP. She’ll also cease to obey his commands about 2/3rds of the way through his final phase, knocking his DPR back down to phase 2 levels. If the characters deal consistent damage throughout the fight, this will exactly mimic the intro, rising action, climax, and falling action of a good movie or book.

If you’re interested in Vampire Lord Abner for your game, please take a look. 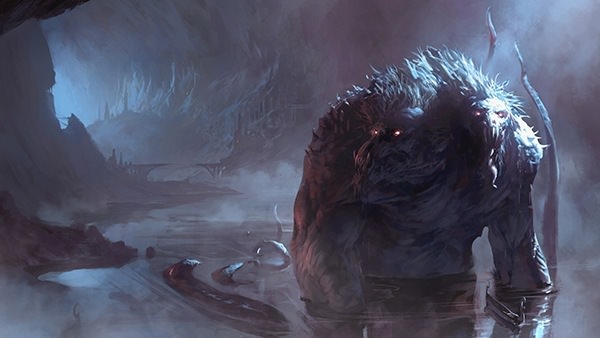 As you might have guessed, Abner wasn’t chosen at random. Being a key part of Shah’or Shemesh, which has themes of Judaism, Kabbalah and ancient Zoroastrianism running throughout, Abner’s name is Hebrew in origin. It can be translated to mean Father is Light or alternatively Father of Light. Abner’s death coincides with Shah’or Shemesh’s first sunrise in a century. In Kabbalah, the first light emanated from God when He commanded “Let there be light,” but the light became hidden and a husk of evil surrounded it, which became Lillith.

Lillith is also connected with Gevurah, which is a pillar of the Sephirot (not that one) that is the essence of Din (“deen”), which the concept of judgement or right-way-to-live. Din is a progenitor of Futuwwa, which is the progenitor of medieval chivalry. This is why Abner refers to his code of conduct as Din.