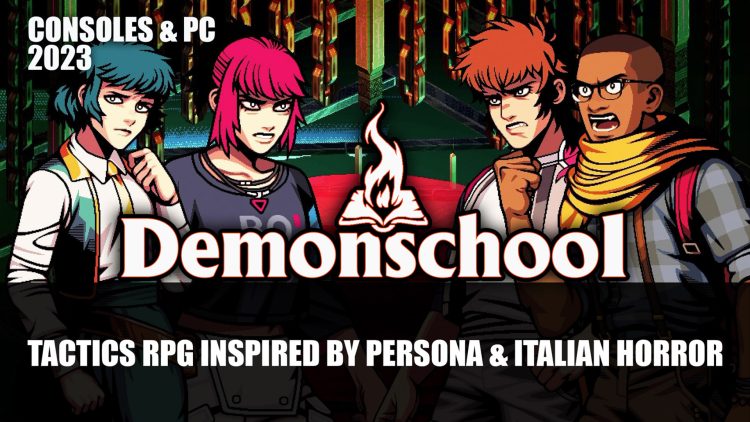 A new tactics RPG called Demonschool was revealed during the PC Gaming Show, inspired by Persona, Shin Megami Tensei and mixed in with some Italian horror cinema.

Persona mixed with Italian horror cinema might not be the first combination that comes to mind when you think of tactics RPG, but Demonschool does just that. Inspired by the likes of Shin Megami Tensi, school-life tactics is what this title is described as.

Developed by Necrosoft Games and published by Ysbryd Games, the title was announced during the PC Gaming Show, coming to PlayStation 5, PlayStation 4, Xbox Series X|S, Xbox One, Nintendo Switch, PC, and Steam Deck in 2023. 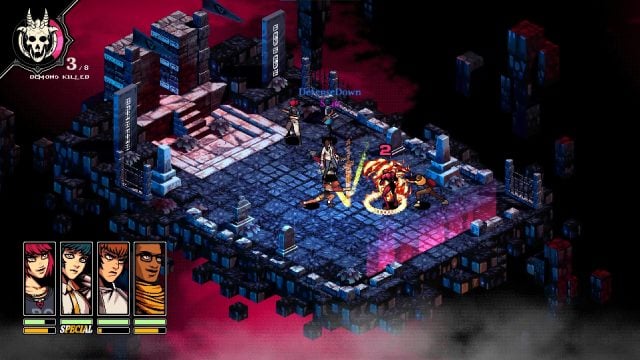 Follow the life of a freshman called Faye, who is the last in the line of a long-forgotten lineage of demon hunters. Swept up in a supernatural investigation with her band of misfit friends, Faye and crew will run into summoning rituals and mailer daemons. The story sets in on dark humour as the gang venture through mysterious lands.

The game follows streamlined tactics where movements equal an action. Decisions can be rewound and speedy mechanics do away with the usual drawbacks of the traditional genre’s patterns. Players are free to plan each student’s moves at their own speed, then hit the action button to see how it all plays out. There are devastating character combos making for some fun outcomes.

It gets its own unique flavour of school tactics adding in 60’s and 70’s Italian horror film influences, both visually and through “funky basslines” according to the developer. The game has fluid mechanics, which is combined with “complete transparency” when it comes to gameplay.

For more news be sure to check out next Starfield Gameplay Reveal Teases 1000 Planets, No Man’s Skyrim, Ship Combat, And More and Hollow Knight: Silksong New Gameplay Footage, Release In The Next 12 Months, Playable Day 1 On Xbox Game Pass.