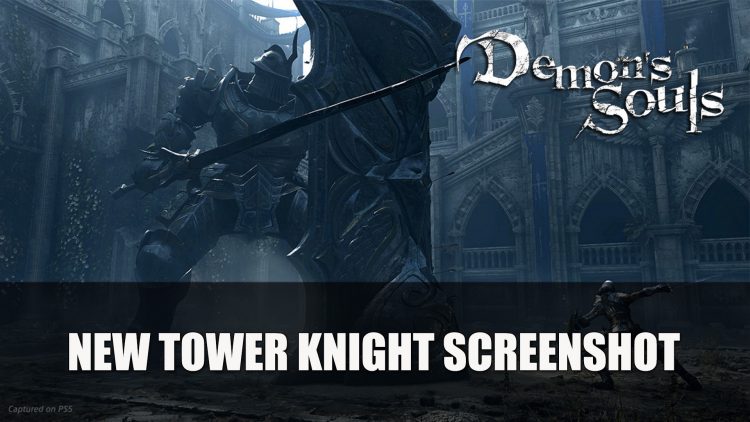 Last week the Demon’s Souls Remake was announced to be in the works under the developer Bluepoint. This week there are some new screenshots giving a closer look at the Tower Knight.

While nothing new was really shared in the post, this just gives us a closer look at the remake and how it will match up in terms of graphics compared to the original. It also shows what it will look like on the PS5, as the screenshot is taken from the game itself. Seeing the player pale in comparison to the size of this boss, just shows what an epic fight it will be.

If you missed out on the news last week, Demon’s Souls Remake was revealed to be in the works under Bluepoint who brought you the Shadow of the Colossus remake. While it wasn’t a total surprise as many had speculated (including us back in Dec 2017) it was welcomed news that a remake was in progress. You also check out our Demon’s Souls Remake Trailer Analysis: Release Date, 4k Graphics, Broken Archstone?.

You can check out the new screenshot below 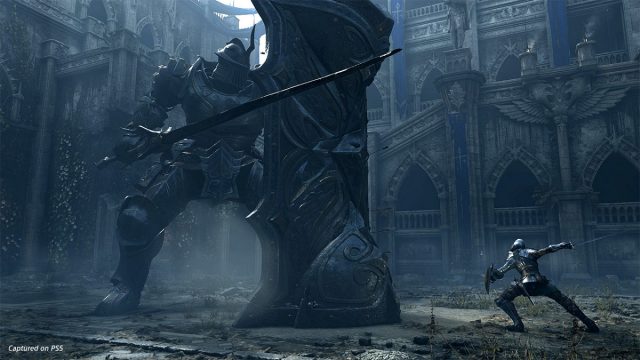 Demon’s Souls Remake will release on PS5, no release window has been announced as of yet.

For more news be sure to read next Cyberpunk 2077 Delayed To November and Team Cherry Teases Hollow Knight: Silksong With NPC Reveal.