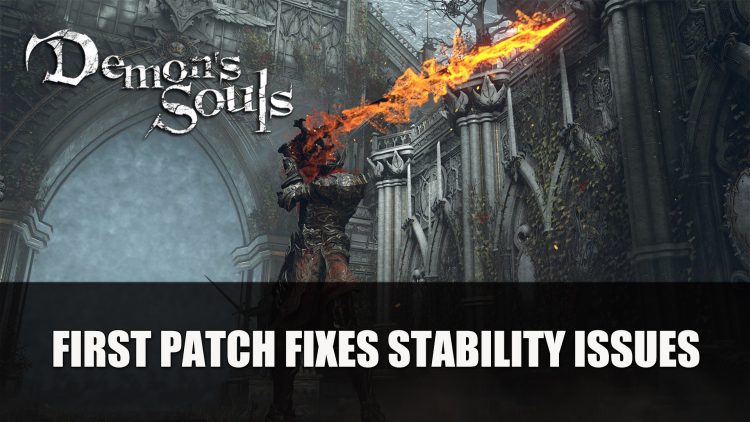 Bluepoint have released the first patch for the Demon’s Souls Remake which sets to help fix stability issues, plus the studio promises to continue to work on updates according to community feedback.

Releasing alongside the Playstation 5, a new generation of console, Demon’s Souls was a launch title which demonstrated the console’s capability. After the release of the game, the developer has released the first patch update to address some of the stability issues.

In the first patch from Bluepoint, the update concentrates on “fixing a few stability issues”. There was no detailed set of patch notes to accompany this update, but seems to be a broad set of fixes to help with potential performance issues players may have come across so far.

As well as announcing the first update, Bluepoint also shared that they are actively “listening to the community and continuing to work on fixes”. This includes the “gold coin glitch” where players could exploit a certain glitch which would alter the player’s Luck, to the point making the player’s character pretty powerful. Looks like the studio will continue to add further improvements to the game in response to the feedback from the community.

Earlier today we released a patch fixing a few stability issues. We are listening to the community and continuing to work on fixes such as the gold coin glitch and other improvements.

Thank you for all of the love and support as we make #DemonsSoulsPS5 an even better experience.

In previous Demon’s Souls news, players have already figured out a way to access the mystery door using the Ceramic Coins found in Fractured Mode, an item that was not included in the original game.