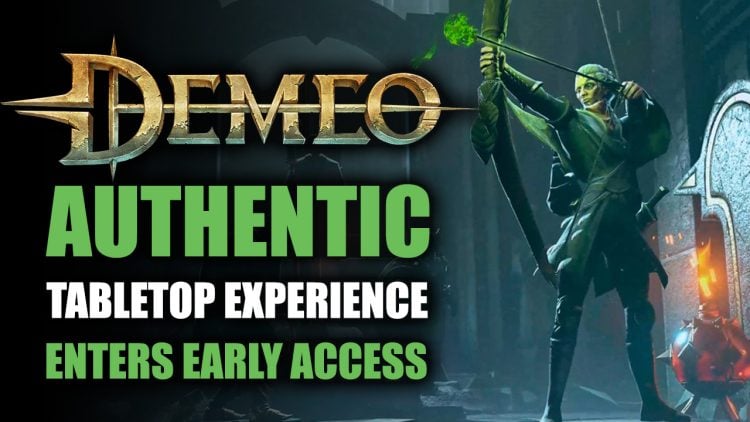 Demeo PC Edition, a tabletop turn-based RPG enters Early Access. The game has up to four players delve into a procedurally generated dungeon. The game was released as VR-only last May 2021 and the recent “PC Version” includes non-VR gameplay.

People who are fans of D&D probably miss gathering around a table, telling stories, and battling fantastical beasts. Last year, Resolution Games had the perfect answer to the authentic tabletop experience. They released Demeo, a VR-only title that allows players to experience the tabletop set in a virtual world. Demeo is Resolution Games’ way of trying to “reinvent game night” for everyone.

Demeo let players see a procedurally generated dungeon in the middle of a table, complete with enemies, treasures, heroes, and more. It was well received by the player base and sits at 91% Positive over 1,000 Reviews.

Now, Resolution Games is offering what they call the PC Version. This will allow VR and non-VR players to finally siege some dungeons together. Let’s take a look!

What is Demeo: PC Edition?

Demeo: PC Edition is a co-op dungeon crawler that features up to four players gathered around a tabletop. They delve deeper into an increasingly difficult dungeon to defeat the undead and other evils that lurk within. The PC Edition is focused on creating an experience that non-VR users can enjoy seamlessly. 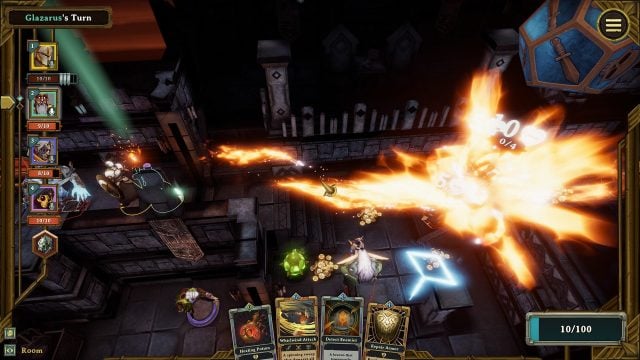 The lands of the 5th Earth are forever changing. Originally Demeo featured only one campaign, the Ancient Elven Necropolis. Since its original release in 2021, the game has had three new adventures offered to players, all free of charge. Now they will have access to campaigns such as “The Black Sarcophagus”, “The Realm of the Rat King” and “Roots of Evil”. Many more new quests are in the making as well.

Players can take up the mantle as one of five noble heroes. Available for play are the Guardian, the Hunter, the Sorceror, the Assassin, and the newly added Bard. Much like the authentic in-person experience, Demeo treats players to a miniature game board before their eyes. They will control miniatures that represent their heroic heroes, roll dice, collect game cards, and bicker with each other.

As mentioned, each player can take up one of the five available classes. Each one will have its own distinct specialities and ways that they will approach combat encounters. 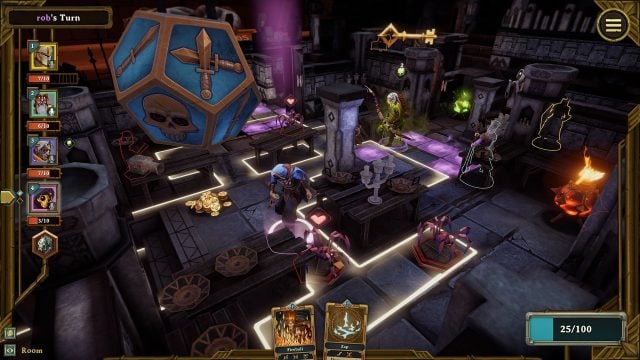 Roll the Dice and Seal Your Fate

The Guardian excels in melee combat, protecting her allies, and has the ability to repair her armor. An invaluable talent as you cannot leave the dungeons once you enter. Assassins are a sneaky bunch, who are adept at backstabbing and poisoning their foes. As usual, Sorcerers have powerful AoE spells and can disrupt their enemies with various telekinetic abilities. We also have the hunter, a ranged character who can summon wild animals or charm enemies to do her bidding. Last, but not least we have the Bard who can increase the morale of his group.

As with usual D&D Fashion and similar to Baldur’s Gate 3, success is always determined by dice rolls. Every outcome in combat, whether you hit, miss, or dodge your enemies is going to be dependent on how lucky (or unlucky) you are. Be careful though, as if you miss your original target, you may end up hitting one of your friends instead. 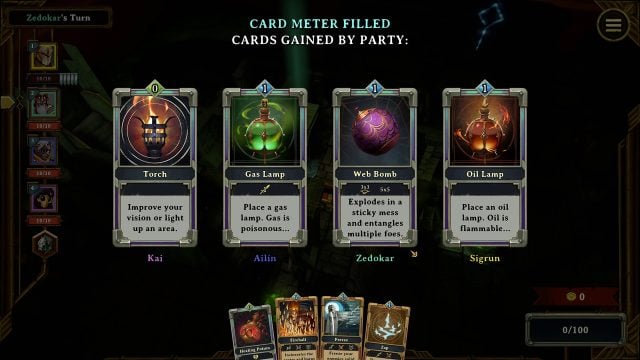 Players can also obtain powerful cards in either chests or from looting their slain foes. These cards all represent items, spells, and other abilities that each class can perform. Cards can come in the form of simple potions, used to heal yourself. They can even be as powerful as devastating attacks that can tackle multiple foes at once. At the moment there are over 60 cards you can collect to customize your playstyle.

Resolution Games is definitely on to something here. Creating an authentic experience similar to Tabletop Simulator but specifically for Fantasy Dungeon Delvers is something they are doing right. The team also plans to have an Early Access period of 1 year from release. 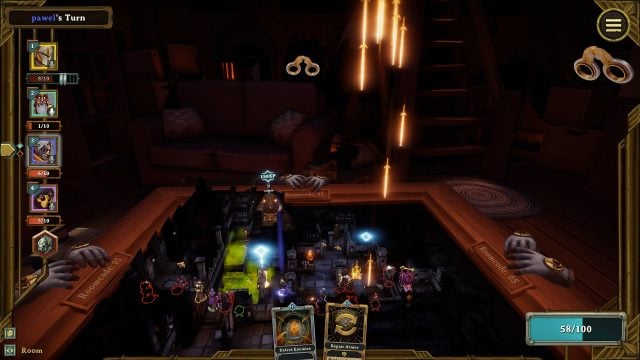 Demeo Is An Authentic Tabletop Experience

More game modes, characters, stories, and other quests are also in the work for the future. The team also seems to be very responsive and active in the community – something that could make or break a small studio such as this one. They also plan on expanding Steam Support with usual features such as Trading Cards and Achievements.