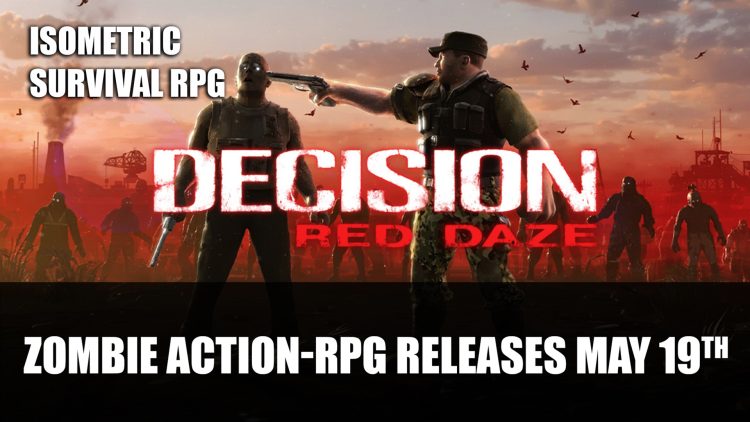 Publisher Nordcurrent Labs and developer FlyAnvil have announced Action-RPG Decision: Red Daze will be heading to PC on May 19th.

Decision: Red Daze combines zombie survival with tower defense elements. Players will be leading a group of survivors to find a base and expand it with newly recruited people they find along the way. In this post-apocalyptic world, zombies are not the only threat, as mutants and other deadly creatures also roam the land. Players will engage with a big map, experience a day and night cycle, build a base and use crafting to gain equipment and gear. 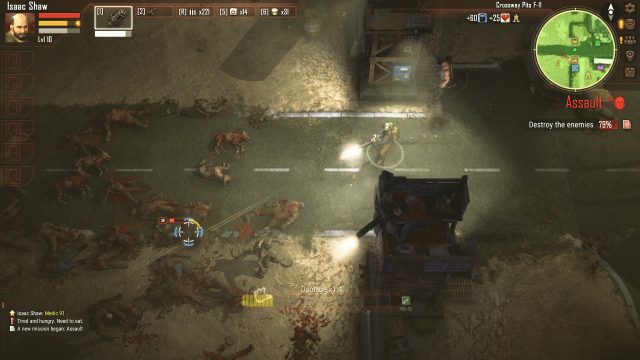 Decision Red Daze: sets to be an isometric Action-RPG, letting use melee, firearms and heavy weapons as a form of defence, with a range of 30 weapons to choose from. As you protect what’s left of the human race through a trek through the Dust Bowl, it’s up to you to take down zombies, mutants and more. Players can use powerful defence mechanisms at their base which use tower defence elements. You can also capture new settlements as well as upgrade them. Find characters that have their own specialised classes and talents to accompany you on your journeys to the outside.

The Decision series started out as a top-down first-person zombie shooter, which also used tower defence mechanics. Decision 2 set players against hordes of enemies. Decision: Medival was set in a post-apocalyptic Medieval Ages, with stone castles, knights and blade weapons, concentrating on a more realistic game rather than fantasy with magic. It’s interesting how Decision has evolved through each of the games, finally with Red Daze which goes isometric rather than top-down but still keeps the early mechanics as inspiration with tower defence.

Check out the latest trailer below:

Decision: Red Daze releases on PC on May 19th.

For more news check out next Dark Envoy Is A Real-Time Co-Op RPG From The Developers Of Tower Of Time and Path Of Exile Sentinel Expansion Livestream To Reveal Full Details On May 5th.