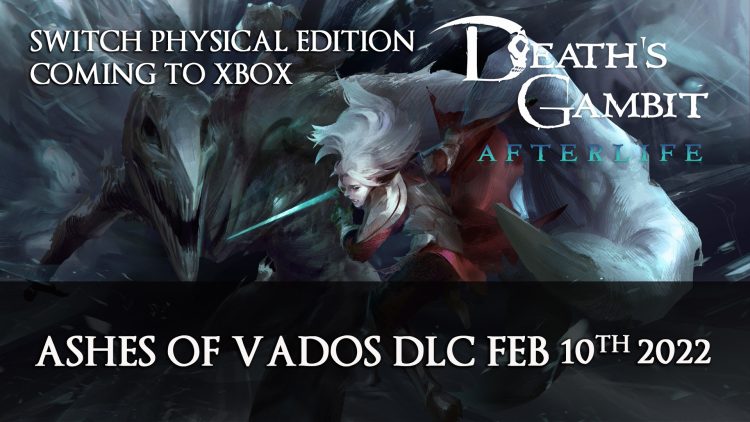 Publisher Serenity Forge and developer White Rabbit have announced the next DLC for Death’s Gambit Ashes of Vados is releasing in spring. The physical edition for Death’s Gambit: Afterlife is now available on Switch.

Revealed today developer White Rabbit have unveiled the next adventure for the metroidvania platformer Death’s Gambit called Ashes of Vados. Death’s Gambit: Afterlife is now available as a physical version as of today for Nintendo Switch. 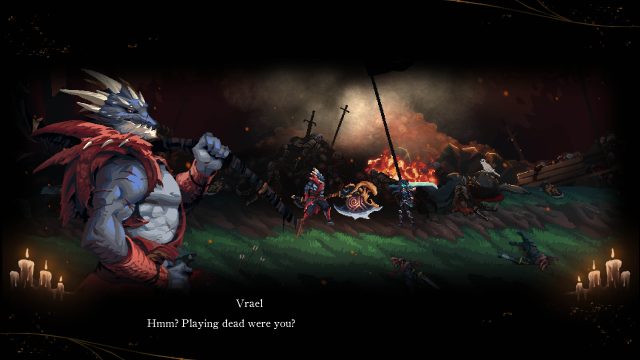 What is Death’s Gambit: Afterlife

In case you missed it, Death’s Gambit: Afterlife is the latest version of the 2D Metroidvania game, adding 10 new levels, 22 new Weapons, 100 Talents, skills, storylines, cinematics, gameplay enhancements and much more. Making Afterlife the definitive edition of Death’s Gambit. There is also a number of changes in terms of systems including a revamped Talent tree which now offers hybrid build options. 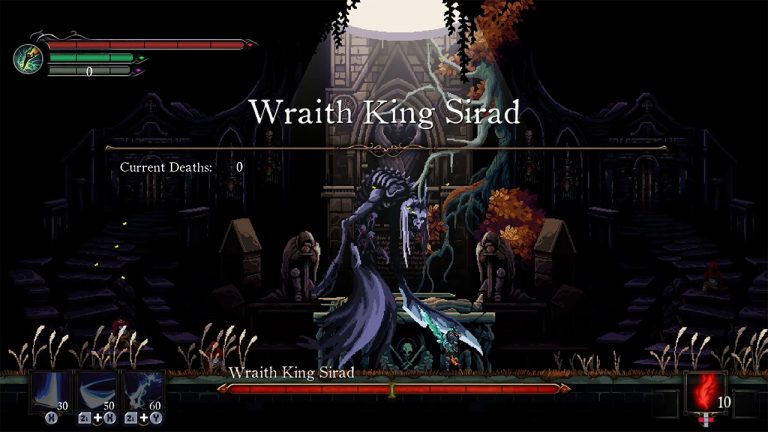 While you won’t be able to complete the entire Talent tree in one playthrough, the points are more readily available, with an increased number available and will be purchasable at Shops with item Seeds of Knowledge.

Another major change that comes with Afterlife is the addition of Perfect Blocking, which is inspired by Sekiro. If you achieve a Perfect Block against an enemy, you can retaliate right after, giving you the advantage. You will also find more metroidvania type improvements for exploration being able to Double Jump and Air Dash.

Afterlife first came to Death’s Gambit last year as an expansion, essentially doubling the initial content released with the game including new endings. Now you can experience the title on various platforms with the latest addition being Switch. If you’re curious to find out what we thought of it, be sure to check out our Death’s Gambit Afterlife Review.

The latest DLC pack Ashes of Vados will add a brand-new boss experience, with a different heroic boss variant, concluding the story of Death’s Gambit: Afterlife. Putting players to the test in the ultimate platforming challenge and adding a new arena with boss rush and horde mode. 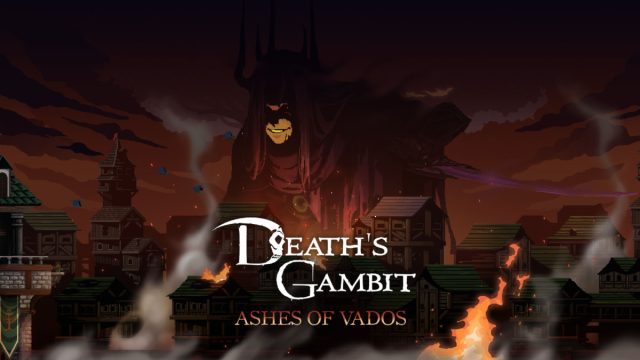 Keeping players on their toes, the DLC also brings new modifiers that will change things up, such as randomised items, heroic forced and hardcore mode. Of course, these challenges do not go unrewarded, as new challenges come with their own set of rewards.

Death’s Gambit: Afterlife is now available on PC and Switch, coming to Xbox platforms in spring 2022. DLC Ashes of Vados releases on PC via Steam on February 10th.

For more news find it here in Elden Ring Has Gone Gold And Will Be At Least 30 Hours Long and Stranger Of Paradise: Final Fantasy Origin Gets Final Trailer, New Details About Kraken, Lich, Advanced Jobs And More.