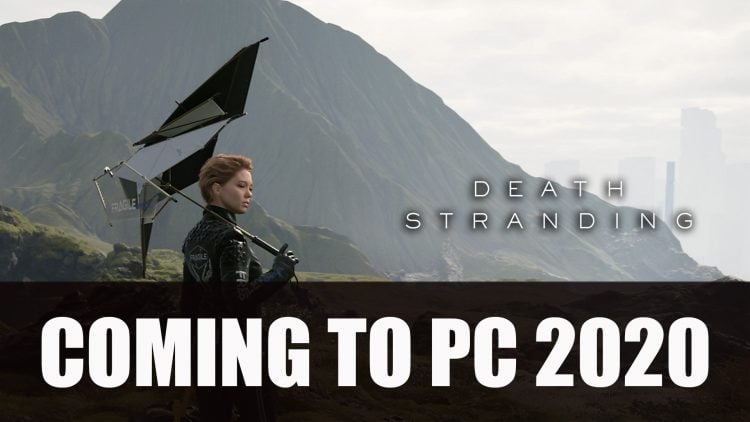 Kojima announces that Death Stranding will be coming to PC next year, confirming it is not a Playstation 4 exclusive.

Death Stranding is Coming to PC 2020

Thanks to all of you who have been supporting #DEATHSTRANDING!
DEATH STRANDING release on PS4 is November 8, 2019!!
Furthermore, KOJIMA PRODUCTIONS is happy to announce that DEATH STRANDING will be coming to PC in early summer of 2020!!#kojimaproductions #deathstrandingpc pic.twitter.com/Sk4clWWY1X

According to Kotaku, Sony while publishing Death Stranding and previously announced as an exclusive, it will now be published on PC by 505 Games. So far the publisher has not shared where it will be available.

Death Stranding releases on November 8th on Playstation 4 and on PC in summer 2020.

For more news be sure to read next Monster Hunter World Iceborne Gets PC Launch Date January 9th 2020 and Ubisoft Announces Gods & Monsters And More For Next Gen Consoles. You can also check out Rumour: EA Could Be Hinting Its Return To Steam.