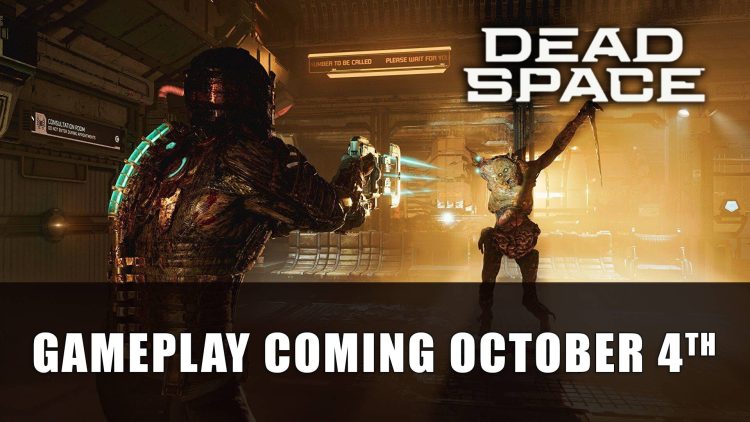 The Dead Space Remake will be getting some new gameplay this week, teased by developer Motive.

Motive have been releasing some cryptic-looking QR ARG or Alternate Reality Game messages, but it seems the code has already been cracked, pointing to some upcoming gameplay reveal happening on October 4th.

After piecing together four pieces of QR code it leads to footage of the game, or rather on-board camera footage of the vessel USG Ishimura in Dead Space. Bread crumbs shared on different social media accounts led to a short clip announcing a gameplay reveal happening this week. You can check out the teaser below. While the gameplay announcement was probably the most exciting part as a whole, the new footage shows some ambient and atmospheric locations of the game. There is something unnerving about watching a surveillance video and expecting something to pop out.

Recently the devs shared in a blog post that players won’t experienced “camera cuts or load screens – unless you die”. The game has been designed to be experience as “one sequential shot” which will probably add to the immersion and creepiness of the game as a whole. As for story, some of the secondary characters are gaining a bit more of the spotlight this time, with “narrative side-quests” bringing them more into the game.

Previously the developer unveiled the release date for the sci-fi horror would be launching on January 27th 2023. We also got some details about what to expect in the remake. The studio team are promising that it will stay close to the original 2008 sci-fi survival horror, but with “an improved story, characters, gameplay mechanics”. Also introduced is the “A.L.I.V.E.” system which stands for Adrenaline, Limbic System Response, Intelligent Dialog, Vitals, and Exertions. The Limbic System will actually change the way Isaac sounds including his breathing and heart rate.

In case you missed it, the main entries of the series are based on the 26th century featuring Isaac Clarke who fights undead beings known as Necromorphs. It will be great to see further updates on the game and of course some nail-biting gameplay.