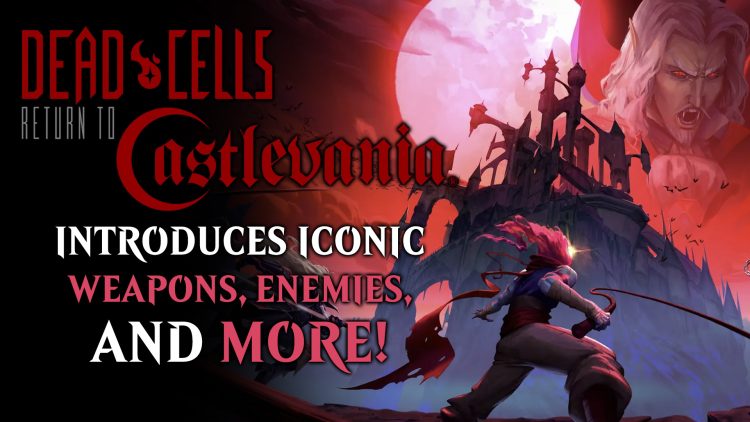 Dead Cells gets a new major DLC that adds some of the most memorable parts of Castlevania, including weapons, enemies, and more!

Motion Twin is at it again, especially since the devs claimed 2023 will be their biggest year! After months and months of spoiling players with tons of free and paid updates, they are going back to their roots – albeit quite literally this time. This time, the devs are going back to one of the two games that birthed the Metroidvania genre, Castlevania.

The newest Dead Dells DLC, named Return to Castlevania, features more than just simple skins and weapons. Oh no, Motion Twin and Evil Empire have jam-packed this expansion with tons of content that will be sure to spark your nostalgia to life. Newcomers to the Castlevania universe should still be able to appreciate what the developers have done, however.

Dead Cells brings upon two entirely new biomes filled to the brim with unforgettable characters, enemies, weapons, and more. Simply put, Dead Cells will be getting Dracula’s Castle itself, complete with high Gothic horror theming. As one would expect of a vampire lord’s mechanical above, the castle will have tons of worn-down areas, lofty living spaces, and other macabre décors. 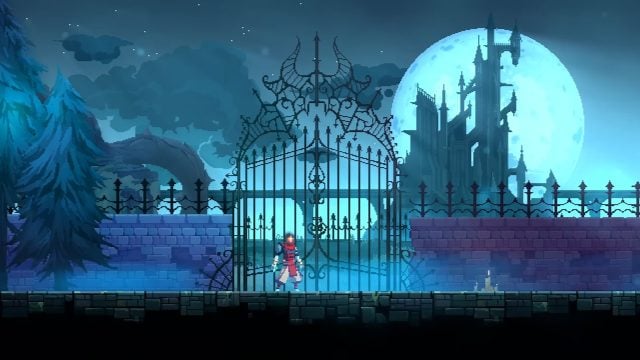 Castlevania in My Dead Cells?!

The Beheaded meets Ritcher Belmont here, who needs assistance in vanquishing the evil that lurks within the monstrous building. Knowing our Dead Cells hero, they are swayed more to assist due to the promise of loot and rewards, rather than because it’s the noble thing to do. 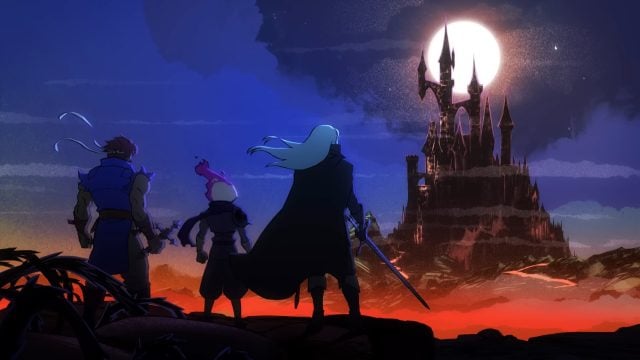 Joined by Alucard, the three of you race through the halls of Dracula’s castle, collecting weapons and vanquishing evil creatures along the way. The ones strong enough to brave these challenges will even get to face off against Death and Dracula themselves. However, it was hinted by Motion Twin that these two imposing entities will not be the penultimate challenge of Return to Castlevania. There is something even more powerful that lurks in these halls.

As with any Dead Cells DLC, such as The Queen and The Sea, and Fatal Falls, there will be tons of new content to digest and explore. The most exciting of which is that players will get their grimy hands on a total of 14 unique weapons. All of these have been lifted from the Castlevania games themselves, though adjusted quite a bit to better match Dead Cells’ more frantic, fast-paced experience. 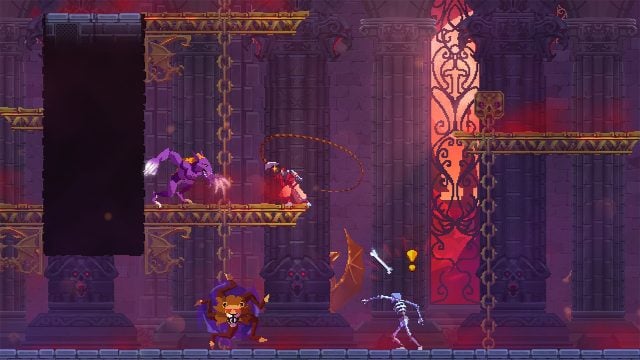 Use the Vampire Killer Whip

Some of the weapons that make their way into Dracula’s castle are the Vampire Killer, Throwing Axe, and Holy Water. Arguably one of the most iconic of the bunch is the Vampire Killer whip. This holy armament has been passed down from Belmont to Belmont and has been a constant staple of the series. Why and how our Beheaded got hold of this family heirloom is anyone’s guess, but we should be able to have a lot of fun with this. 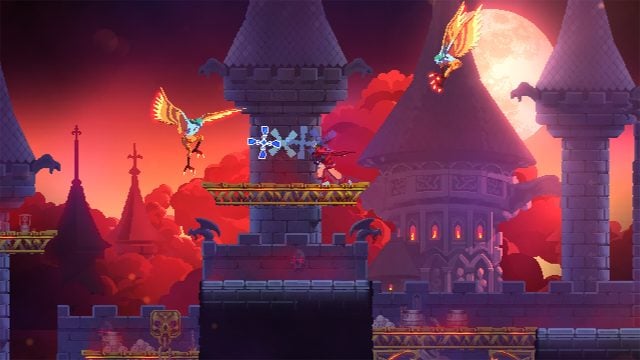 The Dead Cells DLC teaser didn’t really give us much more in terms of weapons, but both the Throwing Axe and Holy Water do get a few milliseconds of time in the spotlight.

Other additions coming in the DLC are 20 new outfits for the budding cosplayer in you. Players will be able to collect and equip various costumes, which will alter their appearance somewhat. Some of the confirmed alternative looks will be Alucard, Richter Belmont, Simon Belmont, Maria Renard, Trevor Belmont, Sypha Belnades, and Dracula. 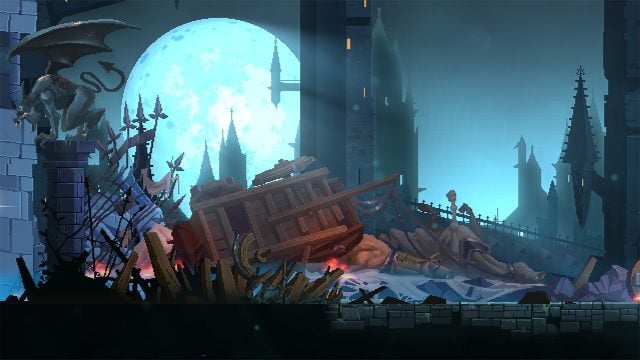 There are also 12 Castlevania classics that have been taken by Motion Twin and remastered to better fit the Dead Cells feel. Some of the tracks include Vampire Killer, Bloody Tears, and Simon Belmont’s main theme.

The Return to Castlevania: a Dead Cells Story

As everyone may already know by now, Castlevania and Metroid are both huge inspirations for Dead Cells and the Metroidvania genre in general. The 2D sidescrolling action, mixed with exploration and returning when you’re better prepared, are all staples of the genre. So Benjamin Laulan, the COO of Evil Empire was both surprised and honored that Konami agreed to create a full-on DLC that featured Castlevania. 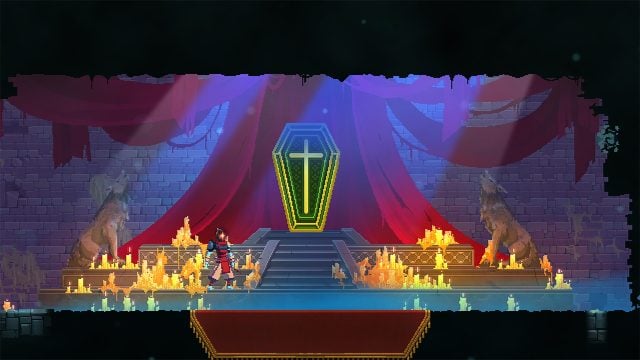 Do You Really Want to Wake up the Vampire Lord?

During a trip to Japan for an indie game convention, Laulan was able to meet with Konami on a potential physical release of Dead Cells. However, talks then started to expand if they could add direct Easter Eggs from Castlevania into their own game. 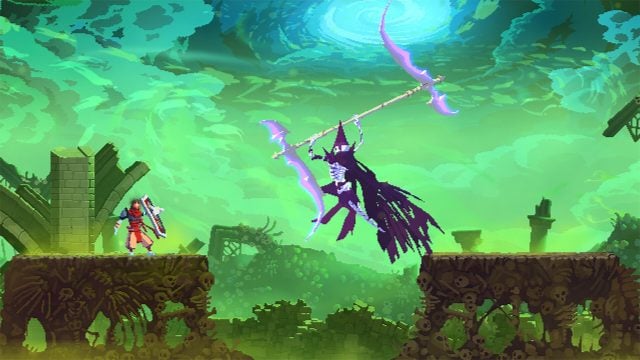 Face off Against Death Himself

From there, it was discovered that there are indeed Dead Cells fans over at Konami and that they would allow the recreation of some of their most iconic assets. Art mockups and ideas were quickly pitched to the publisher, and eventually, Laulan was able to get the greenlight for Dead Cells: Return to Castlevania.

Dead Cells: Return to Castlevania will release sometime in Q1 of 2023. No specific price has been announced just yet. Like always, the game will initially come to PC via Steam and Epic Games and find itself on consoles as well.

For more news, check out Nocturnal is an Action Platformer on a Misty Island, and Osiris: New Dawn Has Finally Launched Full Speed Ahead This January 2023.